You are here: Home / Employment / Access to Work’s threat to woman’s two decades in work 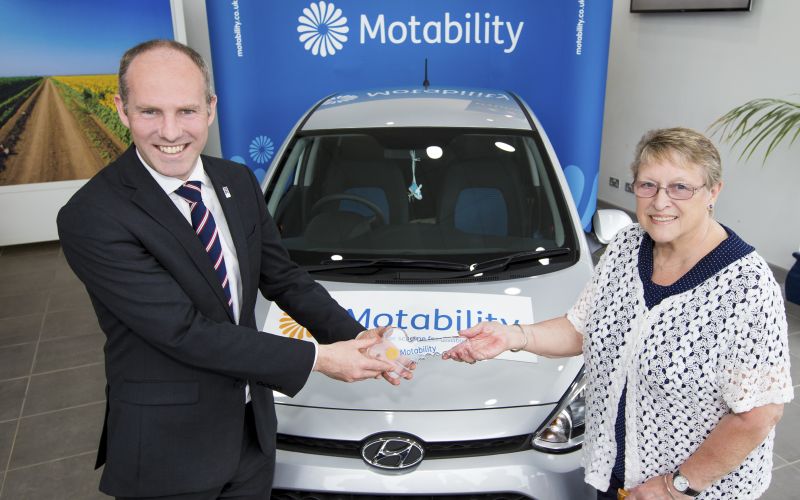 A disabled woman could be forced to quit her job of nearly 20 years because the government’s Access to Work (AtW) scheme has threatened to stop paying for taxis she needs to get to work.

Pauline McGuigan, from Dunbartonshire, works three days a week for a large insurance company and uses AtW funding to pay for her daily taxi journeys to and from work.

Although she has a car she leases through the Motability scheme, she cannot access it in her power-chair, and she has no-one who can drive her to work and collect her at the end of the day.

She doesn’t drive herself because she has no use of her legs and limited use of her arms.

McGuigan’s Motability lease does not expire for another two years, but now AtW has told her it plans to withdraw her £90-a-day funding for taxis – she contributes £5 a day herself – because she has a Motability car and should use that instead.

It is just the latest report to emerge of disabled people who rely on AtW funding to pay for disability-related adjustments at work, but whose packages have suddenly been cut, putting their jobs and careers at risk.

Only last week, a leading self-advocacy campaigner told peers that he believed the government had secretly introduced a new policy that meant people with learning difficulties were having their AtW packages cut to just 20 per cent of their previous levels.

And research by disability organisations, reported in February by Disability News Service, found that nearly all the disabled people whose AtW entitlement had been reviewed were having their support cut.

Earlier this month, McGuigan received an unexpected call from AtW, telling her that because she had a Motability car, she would have to use that to get to and from work.

She said: “I was completely shocked and horrified to hear this and I explained again that I had always had a Motability car and that I cannot drive and no-one is free to drive me to and from work.”

She also told AtW that she cannot employ a personal assistant to drive her to and from work, because there is no safe way to load her power-chair and herself into her car.

McGuigan said: “I suggested that the support is extended until I change my car in two years, when I will get a wheelchair accessible one. He declined this request.”

She said she made it clear to AtW that her car cannot be adapted to be wheelchair-accessible, and that she needs to use a power-chair at work.

She said: “I became extremely distressed during this call and stressed that if I have no transport I cannot work.

“I explained that I have worked for the same company for almost 20 years and they have always been very supportive, arranged many things to support me in my daily role, and I am considered an asset to the company.

“He basically dismissed this and said the rules were the rules and my funding would stop.”

McGuigan added: “I find it disgusting and frankly ridiculous that when the government have always stressed the importance to disabled people’s welfare and the economy of keeping us in work that they impose cuts which will result in the opposite.

“It is common knowledge that from a financial point of view it costs more to support unemployed disabled people than to keep them working and contributing to the nation.

“Those of us who really want to work to retain some feeling of worth and social inclusion are being discriminated against and forced onto the scrap heap.”

AtW has now postponed the date for removing her funding by a further month, while it reconsiders its decision.

A Department for Work and Pensions (DWP) spokesman said: “We have offered Ms McGuigan help to adapt her existing vehicle or to provide an assistance driver so that she can get to work, but she has declined this support.”

DWP said that if she can prove her car cannot be adapted to take her power-chair, through an assessment by a Motability dealer, the decision will be reconsidered “on that basis”, but it believes that “most cars can be adapted to meet the needs of the individual”.

But McGuigan said that a dealership – and Motability – had already confirmed that her car could not be converted to allow her to travel in her power-chair, and that AtW had at no point asked her to provide such proof.

She added: “I have not declined the support they offered but advised them that it is not a solution for the reasons mentioned, and also that support drivers are not able or insured to lift me from the wheelchair to my car and vice versa.

“They seem completely unable to grasp any of this.”

Although Motability has suggested that McGuigan might be able to hand the car back early, with no financial penalty, she said it has warned her that it can provide no guarantee that it will be able to provide the necessary charitable contribution that would allow her to lease a much more expensive wheelchair-accessible vehicle.

Even if such a grant is possible, there will be a delay of several months in arranging the new vehicle, she has been told.

Picture: Justin Tomlinson, minister for disabled people, handing over the keys to a Motability vehicle to a constituent (not Pauline McGuigan)