You are here: Home / Independent Living / Access website’s inclusive solution after one man’s lifetime of photography 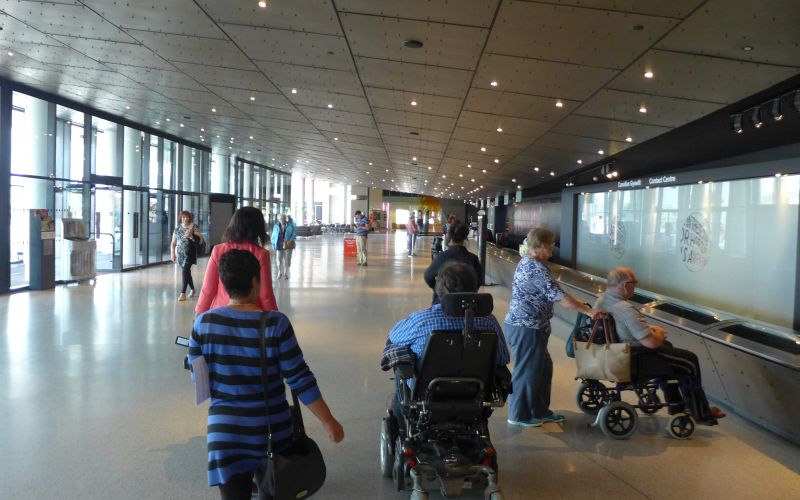 A disabled campaigner has launched a new photo-based website that has put decades of his work online, in a bid to share information about the accessibility of venues across Britain and Ireland.

Marg McNiel estimates that he has travelled more than a million miles in his quest to document the accessibility of public venues throughout the British Isles, and says he has taken more than 500, 000 photographs over his lifetime.

McNiel has been taking pictures since he was a child in the 1950s, but he has been focussing on producing a photographic access record of Britain and Ireland since he developed ME in the early 1990s.

See Around Britain provides photographs of locations (pictured) such as churches, museums, cinemas, railway stations, hospitals, hotels, National Trust venues and other cultural attractions, with the website and mobile app offering multiple pictures of the access at some of the larger sites.

The See Around Britain interactive map also features the locations of services such as accessible toilets, Shopmobility centres, defibrillators and accident and emergency departments.

He hopes the site – and the free Android and iPhone apps – will offer something different to existing websites that provide photographs and written access information, by being “fully mainstream and fully inclusive” and so not just appealing to disabled people.

He wants the site to help disabled people but also anyone else who wants to check out if a location is suitable before they visit, such as families with young children, and foreign visitors, and also people with impairments who don’t see themselves as disabled.

McNiel said: “Our approach and philosophy is totally different. We are mainstream and fully inclusive of disabled people, so we reach as many disabled people with impairments as possible.

“The photos save a thousand words and don’t lie. They are not pretty-pretty, they are everyday life reality.”

He estimates that the website currently covers more than 1,300 venues across Britain and Ireland, with many more of his photographs yet to be added.

See Around Britain also has information and photographs for some sites in Belgium, Holland, France, Germany, Denmark and Sweden.

Over the last 18 months, nearly 20 volunteers have helped McNiel by cataloguing the pictures and writing descriptions of access at venues based on those photographs.

McNiel and his fellow trustees Vin West and Trevor Palmer are now looking for sponsorship and more volunteers.

The charity, which has so far provided the bulk of the funding for See Around Britain, dates back to 1971, and originally provided drop-in centres and community education and training schemes.

The money to launch See Around Britain came from the £1.6 million sale of the charity’s previous base in Islington, north London, which for many years was the home of his photographic archive, the National Heritage Library.

The charity has now moved its headquarters temporarily to a rented farmhouse in Wales.