You are here: Home / Benefits and Poverty / Anger over failure to commission review into suicide linked to DWP 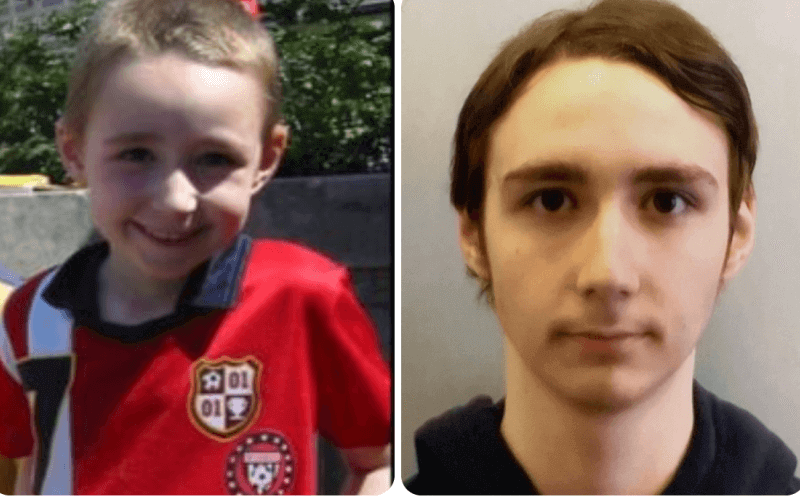 Public bodies in Greater Manchester refused to commission an independent investigation into the death of a young disabled man, despite their repeated failings contributing to his suicide.

The failure to carry out a safeguarding adults review into the suicide of Ker Featherstone (pictured) in June 2019 means a missed opportunity to examine the role played by the Department for Work and Pensions (DWP) in his death.

He had taken his own life just weeks after DWP slashed his benefits, despite being warned he was severely depressed, malnourished, could not face leaving his flat, and had made several suicide attempts.

The 21-year-old’s GP had asked Salford Safeguarding Adults Board in November 2019 to carry out a review into his death.

A safeguarding adults board must arrange a review when an adult in its area dies due to abuse or neglect, and there is concern that agencies could have worked more effectively to protect the person who died.

The family told Disability News Service (DNS) this autumn that they had never been informed about the outcome of any review, or even if one was carried out.

DNS asked Salford City Council to confirm if a review had been held, and, after a lengthy delay, the council said it would contact the family to “explain and discuss the review that has taken place”.

But it has now emerged that – despite that statement, which the council previously refused to clarify – no safeguarding adults review had taken place, despite significant evidence that multi-agency failings contributed to Ker Featherston’s death.

The council claimed this week that it was referring in its statement to an internal review carried out by Greater Manchester Mental Health NHS Foundation Trust.

Following the questions asked of the council, representatives of the safeguarding adults board visited the family to confirm that no review was carried out.

They told Ker’s family that they would prepare information to explain the decision on “why the panel felt the criteria had not been met for a Safeguarding Adult Review”.

But they also admitted that they had not been aware of the role played by DWP in Ker’s death.

Ker’s mother Helen, who is also disabled, said she was “really disappointed” to discover that no review had taken place.

She has said that her son was “badly let down” by the adult mental health team, which turned down repeated referrals from his GP before he was admitted to hospital shortly before his death.

There had been problems with his transfer from child and adolescent mental health services to adult services at the age of 18, and he was repeatedly refused further assessments, including an autism assessment, despite the referrals from his GP.

On top of these problems, DWP forced Ker to undergo a PIP face-to-face assessment in April 2019, carried out by a healthcare professional from outsourcing company Atos.

The assessment in his flat in Salford left Ker “very distressed” and had a further “significant impact” on his mental health.

His mother, who would deliver hot meals to his flat every day, said the assessment had been “torture” for her son, who was so unwell he had barely left his flat in over two years, and would not even let his siblings visit him.

He told her that the assessment had made him feel worthless.

DWP had been told by his parents that Ker had “lost so much weight that his clothes are falling off him”, that he had no desire to eat, and that he would often pass out when he stood up because of malnutrition.

Despite these concerns, the subsequent assessor’s report led to DWP cutting his PIP payments by about £90 a week.

The decision to remove a significant chunk of his PIP “lifeline” had left him “distraught”, said his mother, and two weeks later his parents discovered he had been self-harming and had large, severely infected ulcers on his arms, chest and back.

He agreed to ask DWP to carry out a mandatory reconsideration of its decision, but when he was told that he might have to appeal the decision to a tribunal, he told Helen: “Mum, I can’t do it. I can’t face that.”

With his mental health continuing to deteriorate, he agreed to be admitted voluntarily to a mental health ward at Salford Royal Hospital.

Nine days later, he was discharged and returned home. He took his own life the next day, on 29 June 2019.

His mother is certain that the visit from the PIP assessor and the subsequent DWP decision contributed to Ker’s death.

DWP later reversed its decision to cut his benefits.

Salford Safeguarding Adults Board (SSAB) emailed the Featherstone family this week to offer its explanation for failing to carry out a review into Ker’s death.

It claimed that because the inquest into Ker’s death ruled he died as a result of suicide “therefore there was no evidence available to the Panel that suggested that Ker had died of abuse or neglect”.

It said this meant “the criteria for a SAR was not met in this instance but that the [SAR] Panel had reassurance that Greater Manchester Mental Health Trust (GMMH) had undertaken an internal review to identify learning”.

The trust made its claim even though there have been many safeguarding adults reviews following suicides.

The findings of the internal review have previously been shared with the family, and SSAB said it had led to “important amendments to practice”.

SSAB has also changed its procedures to ensure families are involved throughout the “safeguarding adult process” which “includes being advised whether a Safeguarding Adult Review (SAR) will be undertaken”.

The board admitted that “unfortunately this process was not in place at the time when the decision was made in respect of Ker”.

Helen Featherstone said she believed the safeguarding adults board had only sent her the briefing because the council had been contacted by DNS.

She said: “They say they have a duty of candour, but it seems to me they’re happy to withhold information from families if they can get away with it.”

She said she still did not understand how the board came to its decision that a safeguarding review was not necessary.

She said the mental health trust “failed to safeguard Ker when they were made aware of his self-neglect (he had a life-threatening infection from self-inflicted wounds all over his upper body, chest and back) but still they were refusing the GP referrals to assess his mental health”.

And, she said, “when they finally did agree to see him just a couple of weeks before his death they then said his mental health was not serious enough to be seen urgently and he would have to wait until September for an appointment”.

She added: “It’s ridiculous that they say they learn from mistakes made.

“They don’t and they continue to fail very vulnerable people, many who end up taking their own lives.

“The lack of communication between services and with carers/families is appalling.

“GMMH, the GP or the coroner were not interested to know that the way the DWP treated Ker had a significant impact on his wellbeing or that it contributed to his self-neglect and ultimately to his suicide.

“It upsets me greatly that nobody really cared enough to listen to Ker or to us.

DNS asked the council this week if the board would reconsider its decision in the light of the new information relating to the failings of DWP and their contribution to Ker’s death.

A council spokesperson said the board would now discuss this with the family.