You are here: Home / Arts, Culture and Sport / Anger over Unum sponsorship of ‘Superhero’ triathlon event 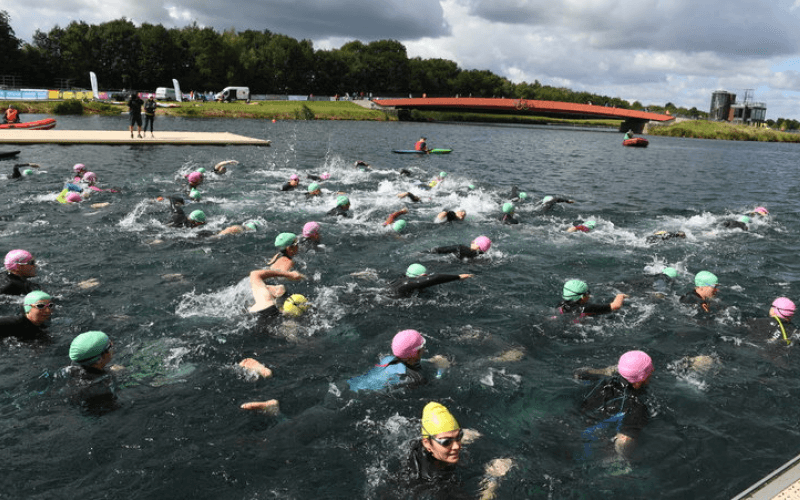 Unum has signed up as one of the sponsors of next week’s high-profile Superhero Tri event in Windsor – which will be televised by Channel 4 – and will be “providing lots of staff volunteers”.

But Unum spent years pushing reforms that have been closely linked to the deaths of many claimants of employment and support allowance (ESA) and to harming the physical and mental health of many others.

Disabled researchers and activists have previously shown how Unum spent years undermining the social security system in order to boost the market for its own income protection insurance policies*.

Now it is sponsoring the Superhero Series events launched by marketing specialist Sophia Warner, who competed for ParalympicsGB on the track at London 2012.

When asked by Disability News Service (DNS) if she knew that Unum had spent decades attempting to influence government policy on welfare reform, Warner said: “Yep.”

And when told that disabled activists had questioned Unum’s sponsorship of the Superhero Tri event because of its disturbing lobbying activities, she said: “I’m afraid I don’t really get involved with disabled activists. We’re all about positivity at Superhero Series.”

When DNS suggested that disabled activists were also “all about positivity” through their push for disability rights and equality, she said: “Um… what I’m going to do is I’m going to end this call, and thank you very much.”

Disabled People Against Cuts (DPAC), which has spent nearly a decade highlighting the harmful impact of the reforms promoted by Unum, said it was appalled at the sponsorship and Warner’s comments.

And Mo Stewart, the independent researcher who has done most to raise concerns about Unum’s influence on welfare reform**, said she was “deeply concerned” that Warner had been aware of Unum’s history of lobbying the government on welfare reform and yet still agreed the sponsorship.

She said Unum had been “instrumental in helping to create the preventable harm now endured by the UK’s chronically ill and disabled community who are unfit to work.

“The company have been advising the British government since 1992 on how to limit access to out-of-work disability benefits for those in greatest need, in the expectation that a reduced UK welfare state will encourage the able-bodied community to purchase their discredited disability insurance policies.”

Stewart said the sponsorship was “a very good public relations exercise” for the company and “a distraction from past negative publicity”.

She said: “There have been many thousands of deaths linked to the work capability assessment (WCA), which was introduced in October 2008 and was made possible by the influence of Unum with the British government.

“Those chronically ill and disabled people who died following the flawed WCA weren’t athletes, and it’s most regrettable to learn that some of those who enjoy the peak of physical fitness can disregard the fate of those in greatest need.”

“Had previous generations of disabled people been as blasé about the realities of oppression, we wouldn’t now have Paralympians able to compete on a public stage.

“Her typecasting of activists as negative is ironic given that we are the ones engaged in building a positive future where everyone will be free to develop their personal potential and be valued in society.

“Meanwhile, Warner is actively facilitating a deeply damaging agenda based on denial of opportunity to people with impairments.”

Bob Ellard, a fellow DPAC steering group member, said: “The thought of disabled people dressing up in superhero costumes for the ‘inspiration’ of the TV viewing public makes me want to vomit.

*Unum’s links with the UK government date back to the 1990s, when Peter Lilley, social security secretary in John Major’s Conservative government, hired senior Unum executive John LoCascio to offer advice on how to cut the number of claimants of long-term sickness benefits.

A submission to the Commons work and pensions committee in 2002 by a director of Unum – then known as UnumProvident – called on the Labour government to “ensure both that work always pays more than benefits, and more importantly that it is clearly seen to do so”.

And in 2005, Unum bragged in a document that it had “always been at the leading edge of disability assessment and management”, and that government policy was now “moving in the same direction” as “our views and understanding” and was “to a large extent being driven by our thinking and that of our close associates”.

Three years later, in 2008, the Labour government introduced the WCA.

In 2011, Unum launched a major UK marketing campaign to promote the need for income protection insurance policies, just as the coalition began its three-year programme to reassess about 1.5 million existing claimants of old-style incapacity benefit through the new WCA.

Unum has repeatedly dismissed claims that it pushed the government to introduce the WCA system, and three years ago even claimed that it “never has lobbied on the topic of welfare reform or related matters”.

**Stewart’s book, Cash Not Care, details Unum’s influence over successive UK governments, and how it led to the introduction of the WCA