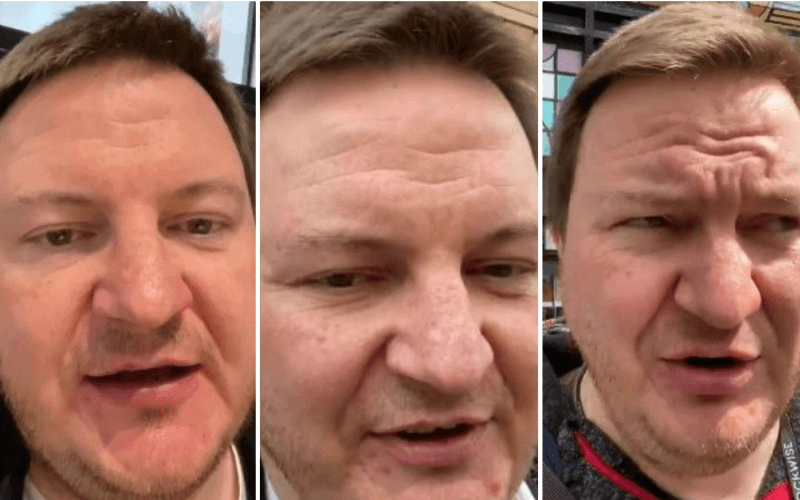 Tech giant Apple could be facing multiple legal cases by disabled people who have been ejected from its shops for failing to wear a face mask, despite government guidance stating that they were exempt from the rules.

Two legal firms – one in England and one in Scotland – told Disability News Service (DNS) this week that they had each received multiple complaints about Apple.

Coronavirus guidance from both the UK government – applying in England – and the Scottish government makes it clear that people who cannot wear face coverings for impairment-related reasons do not need to do so when visiting shops and other service-providers, and do not need to provide evidence of their exemption.

But despite these rules, Apple and other retailers and service-providers are still preventing disabled customers from entering their premises if they refuse to wear a face covering.

Some disabled customers appear to have been offered temporary use of a transparent face shield in Apple’s shops, but this might not be an effective or accessible option.

Discrimination law experts Fry Law have been contacted by about 20 disabled people in the last week with complaints about retailers refusing to allow them into their shops without a face covering, even though they were exempt for impairment-related reasons.

Several of them even came with written medical proof of their impairment, but they were still prevented from entering.

Chris Fry, the disabled founder of Fry Law, said that one disabled person who has contacted his team described how he told Apple staff in a shopping centre that he could not wear a mask because of claustrophobia, and even provided two pieces of proof of his impairment.

He tried to wear the face shield he was offered, but when it began to mist up and he felt claustrophobic, he lifted it up for a moment and was told by staff to leave the shop if could not wear it properly.

Fry said he understood that retailers have a duty of care to their staff, but he said they also have a duty not to discriminate against disabled customers and not to expose them to public humiliation.

Fry Law has now added a free template letter that can be downloaded from its website for anyone who needs to lodge a facemask complaint.

It has also launched a survey that aims to find out how widespread the problem is.

In Scotland, disabled shoppers are being confronted with retail staff who fail to follow Scottish government guidance.

But Disability Law Centre (DLC) in Glasgow says it believes the problems are caused not only by retail staff but also by confusing and frequently-changing advice from the Scottish government.

DLC has dealt with numerous complaints, and again says that Apple appears to be a frequent offender.

It is receiving as many as five enquiries a day from disabled people who believe they have faced discrimination because they cannot wear face coverings.

DLC has heard about 10 complaints about Apple during the pandemic.

DLC’s own principal solicitor, Daniel Donaldson – who has invisible impairments – has himself faced discrimination from a series of service-providers for refusing to wear a face mask, and recorded video footage during and after repeated incidents over the summer (pictured), including at a transport provider, a fast-food chain, a high street chain, and an Apple shop.

DLC is hoping to take a discrimination test case with one of its clients and could also link up with Fry Law to address the face mask issue.

The Scottish government runs the Face Covering Exemption Card Scotland scheme, for those who would feel more “safe and confident” with a card to show they are exempt if challenged in public.

But Pauline Barr, a paralegal with DLC, said: “We don’t believe the government has done enough to mitigate any harm caused to people who may not be able to wear a face covering.

“It is disabled individuals who are really feeling the brunt of this.

“People are in a beleaguered position. They want to protect themselves and others by following the regulations but physically they cannot.”

She added: “The Scottish government’s exemption card has created a hostile platform for those individuals who choose not to use it or indeed do not have access to the internet or phone to acquire one.

“No account was made for those people who are not able to access the required technology either through disability, poverty or indeed both.

“These people exist in our society despite rhetoric to the contrary.”

Apple refused to answer questions about its failure to follow government guidance this week.

It refused to say how it defended breaching government guidance, whether it accepted its policy was discriminatory, what action it would take to address the concerns, and whether it would apologise to the disabled customers it had discriminated against.