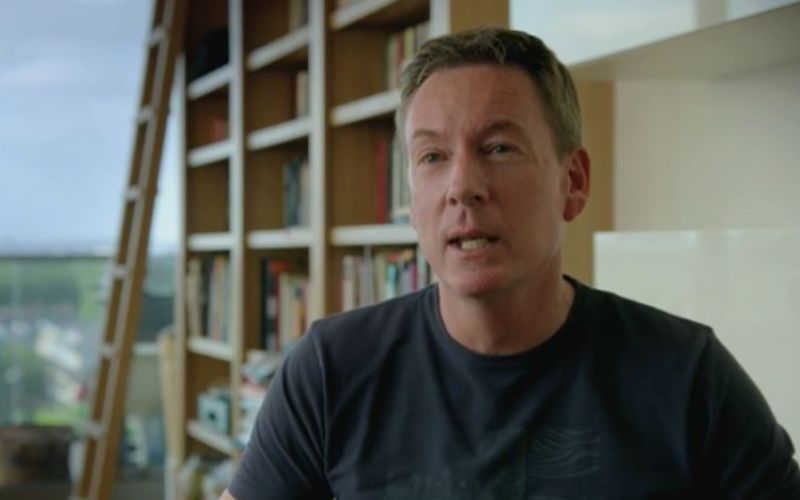 The BBC’s disabled security correspondent has spoken of his wish for a “normalisation of disability” in society.

Frank Gardner, who was giving the third annual Jack Ashley Memorial Lecture, said he would like to see “the sharp edges of difference” between disabled and non-disabled people “sand-papered down so people don’t make a big deal about it anymore”.

He said: “What I would like to see is the normalisation of disability, that people don’t look twice at somebody who’s blind or in a wheelchair… so they are 100 per cent part of mainstream society.”

Gardner (pictured when he featured on the BBC’s Who Do You Think You Are?) told the invited audience in the state rooms used by the speaker of the House of Commons, John Bercow, about many of the daily experiences of discrimination that have frustrated him since he became disabled 12 years ago.

He described his continuing frustration with the barriers he encounters with air travel, including the ground staff who often grab him by the shoulders without asking in order to “manoeuvre” him off a plane, and how he is frequently left alone waiting for assistance at the end of a flight, long after the other passengers have disembarked.

Gardner said that many of the problems he faced were due to the “attitude” of service-providers, and that there were “a lot of areas where life could be made easier without too much difficulty”.

He said: “For me there might as well not be a single disabled parking spot in central London because I can never find them.

“They are used by people who are able-bodied… it’s bloody annoying.”

Gardner spoke also of how he became disabled, having been shot six times and left for dead by terrorists in Saudi Arabia in 2004, and how he then spent seven months in hospital and underwent 14 operations.

He said that two things particularly helped him avoid falling into a “vortex of self-pity and despair”: the advice of a Navy psychiatrist, who told him to worry about the things he could still do and not those he would not be able to do anymore, and a letter from his bosses at BBC News which promised that his position as security correspondent would still be his when he was ready to return to work.

The lecture was hosted by Disability Rights UK (DR UK), the all-party parliamentary disability group (APPDG) and the family of the late Lord [Jack] Ashley, the former deaf MP and peer who died four years ago after nearly half a century spent fighting in parliament for disability rights and equality, and who chaired the APPDG for more than 40 years.

But she said that they and Gardner had still been “inspirational” to disabled people, and she asked him how he felt about the idea of being a spokesperson for disabled people.

He pointed out that the disabled consultant Phil Friend, a former chair of Disability Rights UK, had once told him after he had apologised for not having time to help with a certain piece of work: “Keep doing what you’re doing, keep being on air… that’s enough.”

But the disabled crossbench peer Baroness [Jane] Campbell pushed Gardner further, and asked: “Don’t you think you can do both?”

She said that she speaks on disability in the House of Lords but also on other issues, and accepts that she has a privileged position, adding: “Don’t you think it’s a kind of duty that those of us who have the privilege of having the ear of people do a bit of both?”

“Instead of going to my daughter’s school concert, I’m here. I think what I do is important and it’s a case of finding the right balance.”

Liz Sayce, DR UK’s chief executive, told the audience: “We want everybody to have that chance, if you become disabled, to pursue the life you want, the career you want, as Jack Ashley did and as Frank you have described.

“Unfortunately, for many disabled people it is still not happening; there are too many barriers.”

She pointed to DR UK’s leadership programme, and said: “More and more people are coming through it, showing talent can break through.”

She said: “The more disabled people [there are] doing everything from being MPs to security correspondents to company directors, gradually we are going to… change the world.”