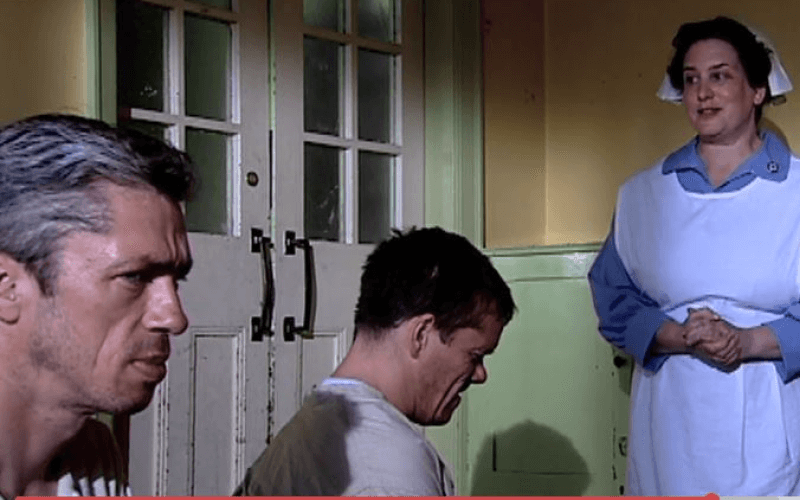 Leading disabled actors and directors and key figures in the disability movement are featured in a new collection of free online content that shows how disabled people have been represented on film in Britain over the last century.

Among the films is Crow’s Resistance, a short drama from 2008, featuring Fraser and Beddard (pictured), about the Nazi’s Aktion T4 euthanasia programme.

The collection also features Heredity in Man, a chilling 1937 film which features Julian Huxley, brother of Brave New World author Aldous Huxley, extolling the principles of eugenics, and arguing that people with learning difficulties – or “defectives” as they were then often termed – were happier living in huge institutions.

He concludes that “it would have been better by far for them and the rest of the community if they had never been born”.

The Huxley film was produced as Hitler was using the same ideas to unleash Aktion T4, which would lead to the murder of hundreds of thousands of disabled people at the hands of Nazi doctors.

Also included in BFI’s free online collection is a 1983 documentary on Ian Dury, in which he talks about how becoming disabled affected his life and music and explains the thinking behind his disability rights punk anthem Spasticus Autisticus.

The collection also features a number of films released by disability charities in an attempt to raise funds from the public, featuring actors such as Sean Connery and Charles Laughton, but also documentaries which feature the voices of disabled people speaking for themselves.

These include Y Gwr O Gwr Aran (1978), a Welsh language portrait of a disabled husband, father and teacher; A Day in the Life of Kevin Donnellon (1972), which documents the life of an 11-year-old thalidomide survivor; and The Smallest Woman in the World (1972), a news report on Joyce Carpenter, from Bromsgrove, who at the time was thought to be the world’s shortest woman.

There is also a smaller collection of films to rent, including the 14-minute Disabled, made in 1967, which features a three-minute interview with a young Paul Hunt, outlining his vision for a society where disabled people have independence, choice and control.

The interview was carried out five years before Hunt – who would play a key role in the campaign against institutional discrimination – was to co-found the ground-breaking Union of the Physically Impaired Against Segregation (UPIAS).

At the time, Hunt was living in the Leonard Cheshire home Le Court, where he and other residents rebelled against the restrictive regime.

He speaks in the film of how he was only living in an institution because he had “no effective choice”, and compared the situation in the UK with that in Denmark, where a development of flats in Copenhagen allowed disabled people to live independently.

He says in the film: “Some sort of realistic financial help is a priority, and also the provision of more nursing help to people in their own homes.”

He adds: “In general, the attitude of the general public could do with a little changing.

“One does meet a lot of misunderstanding, and prejudice, really, from people.”