You are here: Home / Benefits and Poverty / ‘Biopsychosocial’ basis for benefit cuts is ‘cavalier, unevidenced and misleading’ 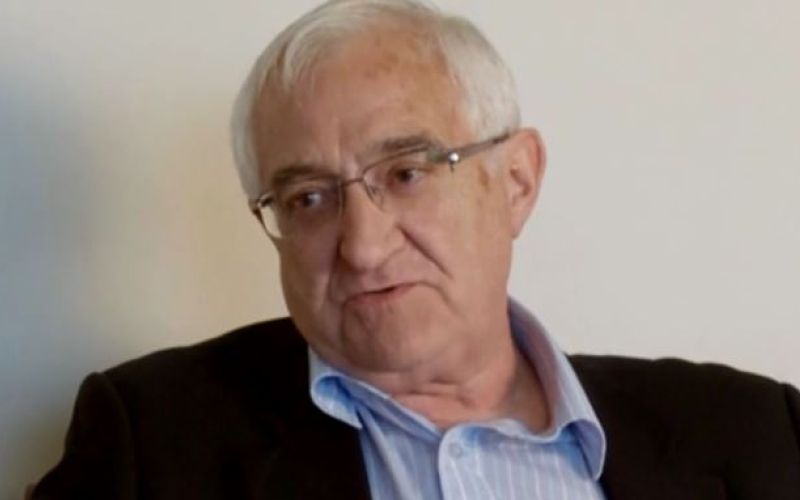 The research that successive governments have relied on to justify slashing disability benefits over more than a decade is riddled with inconsistencies, misleading statements and “unevidenced” claims, according to three disabled academics.

A new article by Professor Tom Shakespeare and Professor Nicholas Watson, and fellow academic Ola Abu Alghaib, concludes that the biopsychosocial model of health (BPS) “does not represent evidence-based policy”.

The BPS under-pinned Labour’s out-of-work disability benefit employment and support allowance (ESA) and the work capability assessment (WCA), which has since been linked repeatedly to relapses, episodes of self-harm, and even suicides and other deaths, among those who have been assessed and found fit for work.

BPS has also “played a key role” in the tightening of eligibility criteria for ESA and other disability benefits by the subsequent coalition and Tory governments, including the new personal independence payment and universal credit, even though there is “no coherent theory or evidence” behind it, say the three authors.

The BPS was developed by Dr Gordon Waddell, an orthopaedic surgeon, and Professor Sir Mansel Aylward (pictured), who was chief medical officer for the Department for Work and Pensions (DWP) from 1995 to 2005.

Key to the BPS model, say the three authors, is the idea that “it is the negative attitudes of many ESA recipients that prevent them from working, rather than their impairment or health condition”, essentially branding many benefit claimants “scroungers”.

This allows supporters of BPS – including a string of Labour and Tory government ministers – to draw a distinction “between ‘real’ incapacity benefit claimants, with long-term and incurable health conditions, and ‘fake’ benefit claimants, with short-term illness”, with the model responsible for a “barely concealed” element of “victim-blaming”.

Shakespeare, Watson and Abu Alghaib say that this distinction “drives media coverage and popular attitudes to disabled people”, by creating this supposed contrast between “the deserving and the undeserving poor”.

They say BPS has been used to “underpin increasingly harsh and at times punitive measures targeted at disabled people” as the state tries to cut the number of people receiving ESA.

Their article, Blaming The Victim, All Over Again: Waddell And Aylward’s Biopsychosocial (BPS) Model Of Disability, is published by the journal Critical Social Policy.

It criticises the willingness of a succession of politicians, such as the welfare reform minister Lord Freud – who has described it in parliament as a “coherent theory” – to base their policies on the BPS.

Alyward left DWP to head Cardiff University’s Centre for Psychosocial and Disability Research, which for four years was sponsored by the US disability insurance giant Unum, a company that once bragged that UK government policy on incapacity benefit reform was “being driven by our thinking”.

The article says the centre has worked “extensively” for the Department for Work and Pensions (DWP).

But Shakespeare, Watson and Abu Alghaib say they have “carefully reviewed claims” made in the two publications, which they say reveals “a cavalier approach to scientific evidence”.

They point to “inconsistencies” and “misleading statements”, and they say that the authors “rely on unevidenced assertions throughout their work”.

“They also tend to cite their own, non-peer reviewed papers extensively.”

And they point to another quote from Aylward and Waddell, in which they say: “For most people with common health problems, decisions about being (un)fit for work, taking sickness absence or claiming benefits are conscious and rational decisions, free choices with full awareness and intent, for which they must take responsibility.”

This, according to Shakespeare – who is professor of disability research at the University of East Anglia’s Norwich Medical School – and his colleagues brands such people “scroungers”.

They say that, rather than “promoting the myth that large numbers of claimants are fraudulent”, the government should focus its attention on ensuring employers are “encouraged, supported, regulated and finally forced to give due consideration to disabled people as workers”.

They conclude: “Society must accept that work is not always appropriate or possible, and that for many disabled people humane and supportive alternatives to work are needed.

“These must not stigmatise those who are so supported, nor should non-working disabled people have to suffer poverty and social exclusion.”

The article is the first academic examination of the BPS, and particularly of two key publications by Aylward and Waddell: The Scientific and Conceptual Basis of Incapacity Benefits (2005) and Models of Sickness and Disability: Applied to Common Health Problems (2010).

Following the article’s publication, Watson – professor of disability research at the University of Glasgow, and director of the Centre for Disability Research – called for DWP to review the evidence used to drive its policies on out-of-work disability benefits.

He told Disability News Service (DNS) that the BPS had “been used to drive the WCA”, and that the government now needs to examine “the evidence that they used to create their policies”.

He added: “I would question very much the foundations that they are built on.”

He pointed out that none of the articles they analyse in their article had been published in peer-reviewed publications – as theirs was – but instead had been self-published or published by “obscure publishing houses”.

He said: “If they really wanted to make their case, they would submit their work to peer review.”

A DWP spokeswoman said the department was not previously aware of the article before it was contacted by DNS, but she added: “We work with experts on disability issues and look at a wide range of evidence when developing policies that will affect disabled people, including the work and health green paper, and we will consider the points raised in this article.”

DWP said the WCA had been developed in consultation with medical and other experts, including groups representing disabled people, and had been subject to five independent reviews.

The department said the PIP assessment was also developed with the help of a wide range of experts, and had been subject to a public consultation and thorough testing, as well as an independent review after its introduction.

And DWP said the authors were not correct to say that the government promotes “the myth that large numbers of claimants are fraudulent” and that “it is the negative attitudes of many ESA recipients that prevent them from working, rather than their health condition”.

Alyward had declined to comment on the article by noon today (9 June), while DNS has so far been unable to contact Waddell.