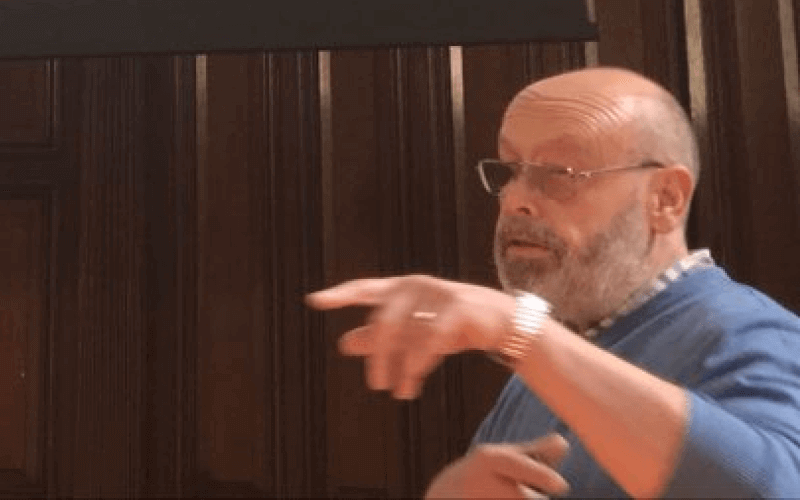 A new book by a disabled researcher has detailed the “horrifying” levels of disability hate crime that take place every day on public transport across the UK.

David Wilkin says the results of his research are “sometimes startling and almost always distressing” and illustrate the “ongoing hostility faced by disabled people using public transport in the UK”.

As part of his research, Wilkin (pictured) interviewed more than 50 survivors and witnesses of disability hate crime on various forms of public transport, as well as putting questions to local authorities and public transport providers, and interviewing transport staff.

He concludes that abuse and humiliation are “everyday occurrences” and range from “name-calling to psychological and physical violence, serious assault and serious sexual assault”.

In his book*, Disability Hate Crime: Experiences of Everyday Hostility on Public Transport, Wilkin writes about how, as an autistic child, he avoided school for almost five years because of the bullying and hostility he faced in getting there via public transport and at school.

He describes his journeys to school on bus and train in the 1970s as “tortuous” and says he was “ridiculed, spat at and beaten up”.

He was also attacked at school, writing: “My head had been used as a football in the playground, and a cricket bat swung at it in an experiment to see how much damage could be done to it.”

He says: “As I know to my cost, to be a victim of a hate attack is to have your very identity challenged and ridiculed.

“Everything that you are, or have striven to achieve, becomes the target of someone else’s mission to humiliate, frighten and destabilise you.”

In his book, he examines the impact of disability hate crime on individuals, which he says often causes “profoundly alarming psychological disturbance across a range of victims and witnesses for protracted periods of time.”

Of those he spoke to, nearly half changed their lifestyle to avoid future incidents, while the “vast majority” were met with “indifference, ignorance or an inability to help” by transport staff.

He also found that fellow passengers “overwhelmingly ignored” the incidents, with support given in only four per cent of cases.

Even more concerning, he said, was that other passengers often assisted the principal offender, taking their side against the disabled person.

In the book, Wilkin includes a series of personal accounts by the disabled people he has interviewed.

One of them told him: “He moved to the middle of his seat, I asked him to move and he completely ignored me. I asked again and he opened his legs to prevent me sitting there and called me a scrounger.”

Another said: “I couldn’t believe it; he unfolded my wheelchair in the bay and threw it off of the bus. I was trapped and humiliated. I was totally isolated. The driver got it back for me. But I felt so vulnerable, alone, fucking low and shit.”

A disabled woman told Wilkin how she was waiting for a ramp to be deployed so she could leave a train, as platform staff were not there to meet her.

But fellow passengers behaved “like a pack of wolves”, with one woman saying that “if they didn’t arrive soon they should just push me off” and telling her how disabled people were “always looking for preferential treatment”.

Instead of defending her, other passengers were “baying at me thinking it was a great idea”.

Another disabled person told Wilkin how she had politely asked a mother to move her pram and sleeping baby from the wheelchair space in a bus because she needed to get to work.

The mother then called her “an evil disabled bitch” and when the driver asked her to move or fold the pram, she sighed and told her: “Why weren’t you just killed at birth?”

Some told Wilkin how they had been called a “sponger”, “parasite” or “scrounger” or were the subject of other remarks about benefits.

Wilkin writes: “My research found that almost all staff were unwilling to help or simply did not know how to help. The reporting of incidents was chiefly fruitless.”

He concludes that the UK government, regulators and most – but not all – local authorities give a low priority to addressing disability hate crime on public transport, despite their public sector duties under the Equality Act.