You are here: Home / Benefits and Poverty / Call for help to design a social security system of dignity, respect and trust 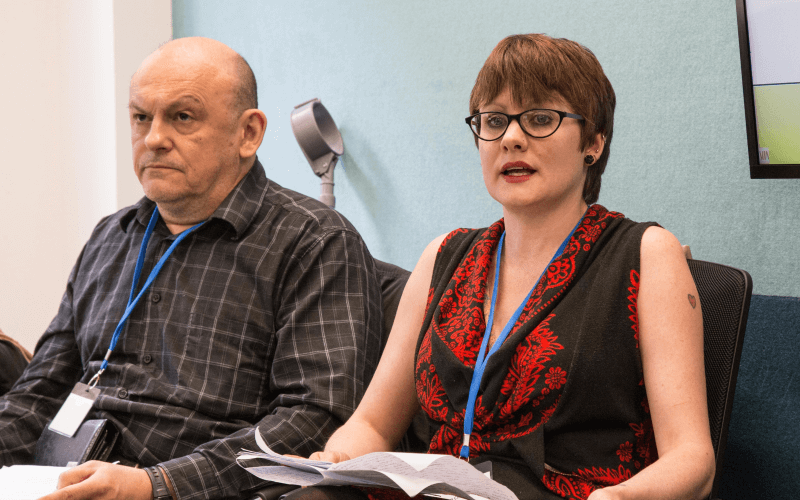 Disabled people and others with personal experience of claiming benefits are leading a ground-breaking project to devise a new social security system, in which claimants would be treated with dignity, trust and respect.

The Commission on Social Security, led by Experts by Experience, will seek ideas from other claimants, organisations and academics, before drawing up their own white paper and putting it out for consultation.

They will then launch a campaign to seek public and political approval for their final ideas.

Every one of the commissioners who will produce the white paper has been or is on benefits, and all of them represent grassroots, user-led organisations that fight for the rights of benefit claimants and disabled people.

In a disturbing sign of the current system’s flaws, some of the commissioners have asked not to be publicly named through fear of Department for Work and Pensions reprisals.

They hope that other benefit claimants, thinktanks, academics and civil society organisations will now share their own ideas for how to reform the system after the commission launched a call for evidence, with a deadline of 31 July.

The commissioners have drawn up a list of five key principles on which they believe any new social security system should be based.

They say all claimants should have enough money to live on; should be treated with dignity, respect and trust; should have rights and entitlements; and should have access to free advice and support.

They also say that the system should be clear, simple, user-friendly and accessible, with people with lived experience involved in creating and running it.

Ellen Clifford (pictured, right, at the launch), a member of the national steering group of Disabled People Against Cuts (DPAC), and one of the commission’s two co-chairs, told its launch event in London yesterday (Wednesday) that its grassroots, user-led approach could avoid the “mistakes, the harm and the waste that top-down policy-making has led to in recent history”.

She said there was no question that changes to the social security system since 2010 had failed benefit claimants and disproportionately impacted on disabled people.

She said: “The pace of changes to social security that have been brought in, each with their own specific calamitous consequences, has left claimants, disabled people, and the organisations that represent us, fighting a largely rear-guard action as we attempt to mitigate the worst impacts and try what we can to ward off further avoidable harm.

“As a consequence, we can easily come across as anti-everything and as having lost the forward vision that used to characterise the disabled people’s movement.”

She said the combination of complex policy changes and user-led groups losing funding and capacity had led the movement to focus on “what is, rather than what could be”.

She said this was why she and fellow campaigners from Inclusion London and London Unemployed Strategies – a group formed by unemployed people and allies in trade unions and the voluntary sector – were so pleased when the original idea for a grassroots, user-led project on the future of social security was first suggested by Dr Michael Orton, from the University of Warwick’s Warwick Institute for Employment Research.

One disabled activist, who was representing the Unite Community union, and is well-known on Twitter as @imajsaclaimant, told the launch event that he shared stories on social media every day showing “how wrong austerity and the welfare system is”.

He said: “It shows that every day there is something new that has been discovered that shows something wrong with the benefit system.

“The stories we read each week should shame this country… but the longer it goes on, the more it feels like this cruelty is intentional.”

He described how his own experience of the sanctions regime had led to a suicide attempt and left him with enduring mental and physical health problems.

He said: “The safety net we once had is quickly being taken away, and for much of the time I have felt impotent to change the direction this country is heading in.

“This is why I fully endorse this new project today to create a white paper, because it allows us to do more than just moan about what is wrong. It gives us the opportunity to provide solutions.”

He added: “When I go into a jobcentre I start to physically shake. People also tell me that they are scared to go into these places because of the treatment they have received before.

“More and more I am hearing from people who say they are unwilling to claim benefits because of this issue. That is simply wrong.

“Jobcentres ought to be like valued community hubs… people who lose their jobs need to be supported and treated with respect, not treated with disdain and contempt, as happens so often now.”

He said staff in jobcentres treat claimants “like dirt”, unless they have a supporter or advocate with them, and even then they “go away and stab you in the back” afterwards with a DWP letter.

The commissioners will be supported by Orton and three other academics and researchers: Dr Rosa Morris, who has personal experience of the work capability assessment and last year completed a PhD examining the assessment process and disability benefits; Dr Kate Summers, from the London School of Economics; and Austin Taylor-Laybourn, from Trust for London.

The commission is funded by Trust for London, which provides about £8 million in grants every year for work that aims to reduce poverty and inequality.

The other co-chair of the commission is Nick Phillips (left), from LUS, who said: “The commission is a great breakthrough for claimants’ rights to have a say in the shaping of a benefits system that affects their lives profoundly.

“We would like as many of those affected as possible to contribute to our call for solutions. This is their opportunity to have a voice and make a difference.”

Bharat Mehta, Trust for London’s chief executive, said: “We’re incredibly excited to be supporting this pioneering project which puts people with experience of the benefits system at the heart of redesigning it.

“The system we currently have is not working for far too many people. This project aims to create a consensus around what a new system that works for our society and the individuals in it, would look like.”