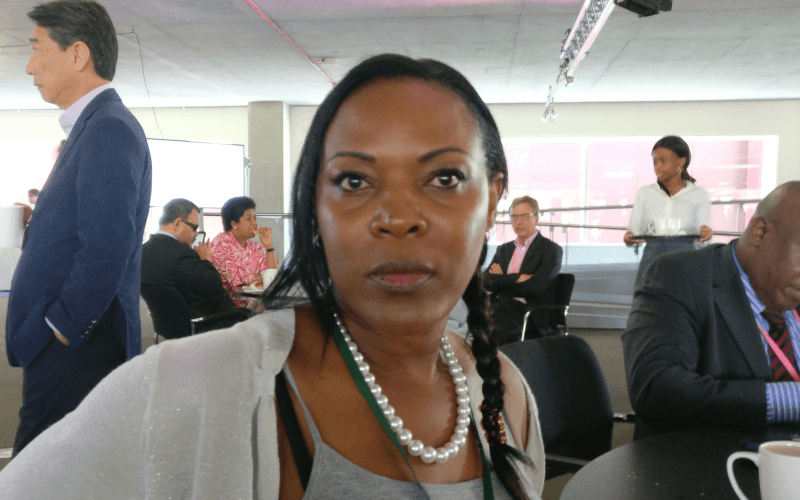 A new campaign that will fund legal actions on behalf of disabled people who have faced discrimination on public transport has raised thousands of pounds in just a week.

The #TransportJustice campaign has secured the backing of leading disabled activists and lawyers and is supported by Inclusion London and law firm Deighton Pierce Glynn.

They say that many disabled people find it impossible to challenge discrimination because they cannot afford to employ a solicitor, pay court fees or risk having to pay the costs of the transport body they are taking legal action against.

The new legal fund will be run by Inclusion London’s Disability Justice Project and will pay for legal costs in court cases that campaigners hope will change policy and practice on accessible transport, focusing at first on discrimination in rail and air travel.

The appeal went live on 29 August and is already nearly halfway to its target of £10,000, with three weeks still to go before its deadline.

Svetlana Kotova, coordinator of the Disability Justice Project, said: “The laws protecting us from discrimination on public transport have been around for two decades, and it is a scandal that in this day and age disabled people face so many problems when travelling by public transport

“Many of those problems are not because of inaccessible infrastructure, which is still there, but because of bad policies, the lack of training and the general attitude that it is ok to treat us like second-class customers as if we should be grateful for whatever help we are given.

“Asking and complaining does not work, so it is time we joined forces to enforce the Equality Act through legal action.”

She thanked all those who have already supported the campaign and urged others to continue to contribute to the fund.

She said: “It is left to us to enforce the Equality Act and the fact that we have to raise money to make the law work is a telling example of the problems we have with access to justice.

“It can be risky and costly to take a big company to court. The majority of disabled people are not eligible for public funding, but still cannot afford to take those risks.

“Our fund will help to resolve this problem and will make it easier to bring cases that will change policy and practice.”

Alan Benson, chair of Transport for All, the user-led organisation that campaigns on accessible transport in London, said: “Trains and planes are so important to enabling everyone to travel for both leisure and business, yet every single day disabled and older people face an uphill struggle to make journeys that everyone else takes for granted.

“Like many, many others I’ve been delayed, stranded on trains and aircraft and had my wheelchair damaged.

“These are not minor inconveniences but have major impacts on people’s lives.”

He added: “The onus for challenging this appalling situation falls on the victim, but to do so alone is daunting and carries financial risk.

“This campaign is vital to redress this imbalance, to send a strong message to the transport providers that it’s just not good enough.

“It is incumbent on them to make every journey for every disabled and older person run smoothly and this campaign will send the message that they will be held to account until they do this.”

Accessible transport campaigner Doug Paulley is another of those supporting the campaign.

He said: “As a wheelchair-user I travel a lot by public transport and for many years I have been campaigning for its accessibility using different means, including legal action.

“Transport providers have got away with poor treatment of disabled people for far too long, because enforcing the law is so difficult.

“If I’m given food poisoning by a kebab shop, I can report it to environmental health for action.

“If I’m discriminated against by a transport provider, the only way to enforce the law is for me to take individual legal action.

“Such is not easy and has risks; so it is very important that disabled people are given the backing they need to achieve change.”

The need for the campaign has been demonstrated by a fresh string of cases in which disabled people have faced discrimination when trying to use public transport.

Two days after its launch, a disabled woman told The Guardian how she was forced to sit on a train in her wheelchair in the middle of a makeshift buffet service that had been set up in the neighbouring wheelchair space.

The day before the launch of #TransportJustice, wheelchair-user Jane Carter, who tweets at @JaneC4444, described how a mother with a pram refused to move from the wheelchair space on a bus and then “threatened to kick my F in head in” because her baby was asleep, leaving Carter dangerously wedged against the safety bar throughout her journey.

And five days before the launch of #TransportJustice, Paralympian and rights campaigner Anne Wafula Strike (pictured) – one of those supporting the campaign – was left stranded on a Ryanair flight at Stansted airport for 45 minutes on her return from Berlin.

She said: “I am supporting this initiative because I want to help more disabled people with different impairments and experiences to stand up for what is right, because we all should be treated like human beings.”

She added: “I travel around the country regularly by train. As a wheelchair user, traveling can be a frustrating and sometimes humiliating experience.

“I often face problems with getting on and off trains and not having access to a working toilet.

“Many have heard of a particularly humiliating incident I had when I could not get access to a toilet on the train and had an accident.

“I was so angry and felt like It was the last straw.

“I decided to go public and launch legal action to ensure that nobody else has to go through the same experience.

“I wanted my local rail operator to care about their disabled customers and take their needs seriously.

“I could not start a court case because of the financial risks I would face if the case was lost.

“My case attracted a lot of publicity and got settled without going to court. But I know many disabled people in a similar situation will not be able to stand up for what is right and so transport providers will continue treating us like second class citizens.

“I am determined to ensure this is not the case.”