You are here: Home / Activism and Campaigning / Campaigner’s Rio dream is fading over funding shortfall 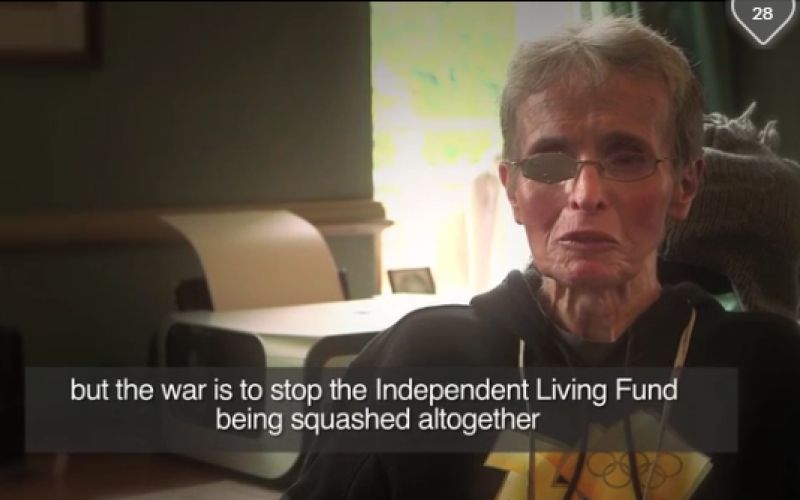 A disabled campaigner has secured a place to volunteer at this summer’s Rio Olympics but is struggling to raise £17, 000 to pay for herself and the four personal assistants (PAs) she will need to take with her on the trip.

Mary Laver, who uses a powered wheelchair and needs 22 hours of care a day, was a leading campaigner against the closure of the Independent Living Fund (ILF), which shut last year, and secured media coverage when she took her PAs with her to volunteer at the London 2012 games.

For seven days during London 2012, the former RAF servicewoman used ILF to pay for personal assistants to support her as she volunteered as a games-maker in the Olympic village, staying in a camp-site in south-west London every night because she couldn’t afford a hotel.

She now hopes to repeat that experience in Rio this summer, after being selected to be an official volunteer in the transport section.

She applied for the role last summer, and subsequently took a series of tests that examined her knowledge of the games of English, and included an interview via Skype, before being informed late last November that her application had been successful.

Although she is not sure yet what her precise role would be, she hopes to be “an active member of the volunteer group” at the Rio Olympics.

She said: “Without volunteers, there are no Olympic Games.”

Most of the cost comes from two first-class air tickets – for herself and one PA, which she needs because of her access and support requirements – and three second-class air tickets for her other PAs, although two have offered to contribute by paying for their own tickets.

Laver can only afford to contribute £1,000 of her own money.

She plans to take both her electric and manual wheelchairs, and has booked accommodation at a wheelchair-friendly hostel in Rio.

Laver said she does not believe she would face any access problems in Rio, because she has been assured by organisers that disabled volunteers would be “very welcome” and that the infrastructure and transport would be accessible.

But she now needs to raise funds to pay for her trip.

As a volunteer, she will not receive any financial support from Olympic or Paralympic organisations in Britain, and will only receive a travel pass, uniform and food from the Rio organisers.

To raise funds, she has set up a gofundme page to raise the £17,400 she needs, which she says would enable her to live out her motto “life without limits”, but has so far raised only £1,175.

She has also approached many UK sports organisations for financial support, but has been turned down by all of them.

She has set herself a deadline of 1 February to reach the halfway stage of her funding quest.

Among her efforts to persuade the government to reverse its decision to close ILF, she wrote to the prime minister, travelled from her home near Newcastle-upon-Tyne to the Conservative party conference in 2014 to lobby fellow party members, and attended protests in London.

Last year, she rode her powered wheelchair the 14 miles from the House of Commons to the constituency of work and pensions secretary Iain Duncan Smith in Chingford, east London, to mark his 61st birthday by delivering a “very special birthday card”, in another ILF protest.

She also holds the record for the fastest journey from Land’s End to John O’Groats in a powerchair – just over 24 days – which she set in 2009, raising more than £1,000 for the Royal British Legion.

Picture: Mary Laver being interviewed in 2013 about the impact of ILF on her life, for a short film  by False Economy, the Daily Mirror and Moore Lavan Films 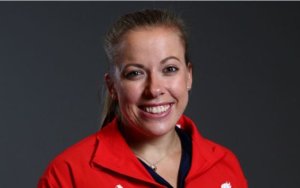 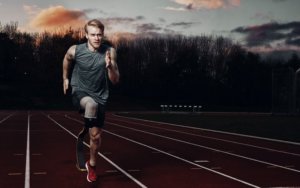