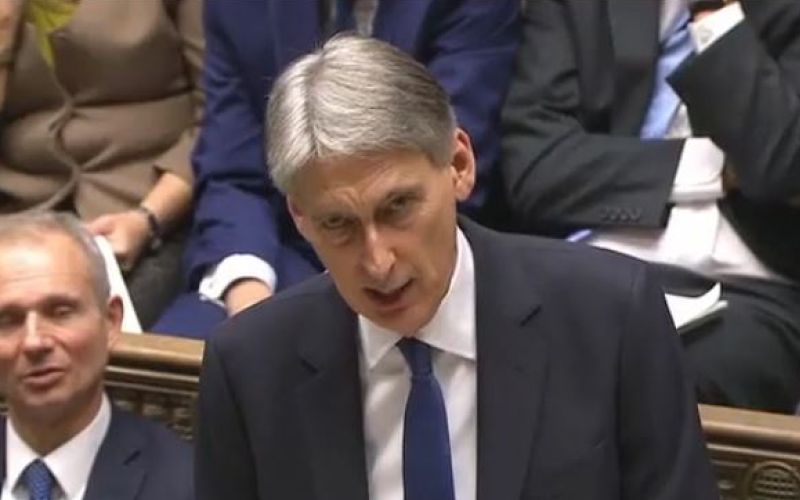 The chancellor has shocked disabled activists by ignoring the social care funding crisis in his autumn statement, and refusing to scrap a planned cut to employment and support allowance (ESA).

Despite weeks of lobbying from disabled people, politicians – including some Tory MPs – and charities, he announced no new money for adult social care.

Philip Hammond’s 6,000-word speech contained not a single mention of disabled people, disability or social care, and there was no suggestion of any u-turn on the £30-a-week cut for new claimants placed in the ESA work-related activity group (WRAG).

The WRAG cut had also been the subject of fierce lobbying, which had again included some Conservative MPs, and is now set to go ahead in April.

But Hammond (pictured delivering the speech) did announce a cut in corporation tax for private sector businesses, from 20 per cent to 17 per cent.

He also announced that the universal credit (UC) “taper rate” would be cut from 65 per cent to 63 per cent from April 2017.

This will mean that for every £1 earned – above a certain threshold, known as the work allowance – a UC claimant will have their benefits reduced by 63p rather than 65p.

The Treasury has calculated that a disabled person receiving support with their housing costs and earning £12,000 a year will benefit from the change by £180 a year, or less than £4 a week.

Debbie Abrahams, Labour’s shadow work and pensions secretary, pointed out that the “paltry” alteration in the taper rate would not make up for previously-announced cuts in the work allowance – which again had been the subject of sustained lobbying – leaving claimants worse off overall.

Hammond also confirmed to MPs that the government had “no plans” to introduce further social security cuts up to 2020, “beyond those already announced”.

Reaction to the autumn statement from disabled people’s organisations has been fiercely critical.

Professor Peter Beresford, co-chair of the national service-user network Shaping Our Lives, said he was not surprised by the failure to act on social care, because Hammond was “trying and failing” to deal with the “even bigger failures” by his and the coalition government to “put the economy on a sustainable footing and to challenge rather than accelerate rising levels of poverty and inequality”.

He said: “What is particularly troubling is that Hammond’s increased borrowing represents the last nail in the coffin of austerity policies.

“So we now know that all the suffering that disabled people and other marginalised groups have suffered and will continue to suffer is for nothing.

“It has served no good economic purpose and it has instead damaged many hundreds of thousands of lives, ending some.

He added: “This is a government without a plan, without a vision, leading more and more people into greater hardship as the threats of Brexit and a destabilised US loom ever larger.”

Tracey Lazard, chief executive of Inclusion London, said: “Despite the announcement that there will be no further cuts to welfare, the autumn statement is far from good news for disabled people.

“There was no reversal of the ESA cut and the reduction in the tapering rate of universal credit from 65 per cent to 63 per cent is paltry.

“Meanwhile, the [previously announced] freezing of benefits so they do not rise in line with inflation will mean a real terms loss to disabled claimants.

“The chancellor spoke of an ‘economy that works for all’, but it is not working for Deaf and disabled people.

“He said that the government had controlled public spending, while having world class public services, but Deaf and disabled people know that public services are being stripped to the bone.

“Though cutting corporation tax and borrowing to spend on some infrastructure is planned, the subject of social care funding was entirely absent from the chancellor’s statement, with apparently no plans to address the urgent crisis in social care, a vital service which we believe should be viewed as key infrastructure in need of investment.”

She said: “I am more than disappointed by the lack of even an acknowledgement in the chancellor’s autumn statement of the crisis in social care.

“It would seem that building an expressway between the universities of Oxford and Cambridge is far more important than tackling the issue that thousands of disabled people who rely on care support are confined in their own homes, living isolated lives, unable to join in with their local community, or realise their ambitions as equal citizens.”

Linda Burnip, co-founder of Disabled People Against Cuts, attacked Hammond’s failure to act on either social care or the ESA cut.

She said: “Hammond’s total failure to mention either the despicable £30-a-week cut from social security payments for disabled people not fit for work or social care funding – which is in total crisis – serves to reinforce the Tory government’s contempt for the lives and wellbeing of disabled people.

“Given the damning outcomes of the UN inquiry report released earlier this month into the austerity-led policies of the government since 2010, we can only assume that they have no sense of shame for the damage they have caused and are causing to disabled citizens in the UK.”

She added: “This contemptible disregard for the needs of both disabled and older people is all the more insulting when not only will £370 million be spent on repairs to a millionaire’s palace, but a further £7 million has been ‘found’ to fund repairs to Wentworth Woodhouse, which few have ever heard of.”

Earlier this month, a survey by the Independent Living Strategy Group (ILSG) suggested that more than half of people (58 per cent) who receive care and support services in England had seen their quality of life fall in the last year.

The disabled crossbench peer Baroness [Jane] Campbell said at the time that the survey showed that increased social care funding was needed to prevent disabled people from an “extreme risk” of harm.

Stephen Dalton, chief executive of the NHS Confederation, which represents NHS providers and commissioners, said yesterday (Wednesday) that frontline staff would “find it extraordinary” that the government had ignored the “stresses and strains being felt in the health and social care system”.

He said that social care services were “in crisis right now”, and added: “Relying on a political rhetoric that promises to protect the NHS, but fails to acknowledge that a cut in social care results in a cost to the NHS, is an economic deception.”

The autumn statement document also confirmed that the government expected to spend £95 million this year on paying thousands of families the disability elements of child tax credit they were mistakenly not receiving.

A “data match” carried out by HM Revenue and Customs in January found that 28,000 families with a child entitled to disability living allowance were not receiving the disabled child element of child tax credit. 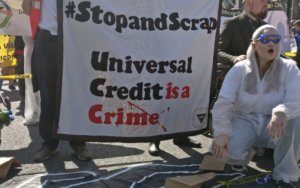