You are here: Home / Arts, Culture and Sport / Channel 4 enlists YODA for its Year of Disability 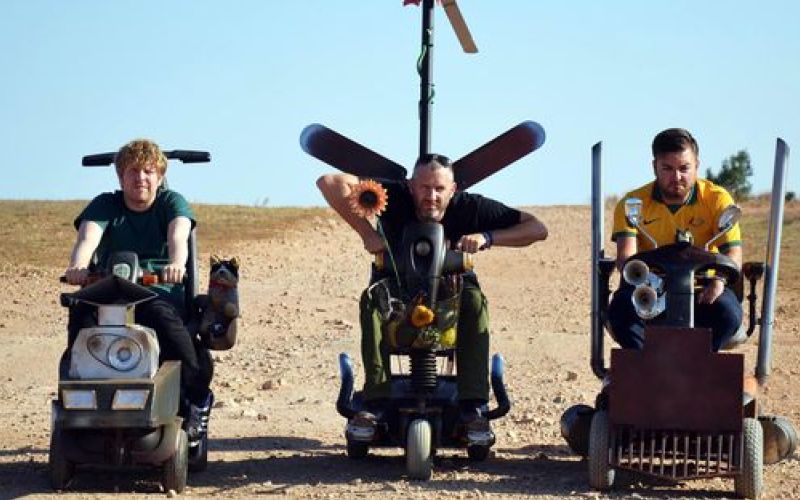 Channel 4 has pledged to double the number of disabled people appearing in 20 of its biggest TV shows this year, as part of what it is calling its Year of Disability.

The broadcaster’s commitment to increase representation of disabled people on and off screen came as it marked 12 months since the launch of its 360° Diversity Charter with a report on the scheme’s progress.

In the last 12 months, the report says, 6.1 per cent of new staff joining the broadcaster have declared themselves to be disabled people, compared with just 1.9 per cent of existing staff at the end of 2014.

Among its plans for the Year of Disability – which will take in the broadcaster’s coverage of the Rio 2016 Paralympic Games – are a £300,000 investment in two talent initiatives.

One of the schemes will provide “bespoke career development” for disabled people working with Channel 4’s 20 biggest suppliers, helping them into production or writing roles on programmes such as 24 Hours in A&E and Hollyoaks.

The other will double the number of disabled people appearing in 20 high-profile shows, such as Gogglebox, The Island and Grand Designs, as actors, experts, presenters or contributors.

Channel 4 also plans to ring-fence six of its 12 apprenticeships and 20 of its 60 work experience placements for disabled people.

Its plans will be guided by a Year of Disability Advisers (YODA) committee, chaired by Lord [Chris] Holmes, the Equality and Human Rights Commission’s disability commissioner and himself a retired, multiple gold medal-winning Paralympian.

Lord Holmes said: “Three years ago, London 2012 was seen as a turning point for the visibility and inclusion of disabled people in our society, driving a clear social, economic, physical and cultural legacy for disabled people.

“Since then, Britain has made progress on many fronts but there is increasing evidence that disabled people are being locked out or left behind.

“Far from enjoying increased visibility and being able to participate more fully in every aspect of life, there is a risk that disabled people will become more invisible as both consumers and participants, with organisations losing out on their valuable experiences and custom.

“I welcome the moves by Channel 4 to make real progress on this issue and urge other businesses and service providers to look again at what they are doing and what they are able to do to increase representation and participation by disabled people in order to unlock the talent that is out there and to avoid Britain becoming a more segregated society.”

At a parliamentary event to launch the updated 360° Diversity Charter report this week, hosted by the Tory MP Nadhim Zahawi, who chairs the all-party parliamentary Channel 4 group, the black British actor Idris Elba criticised the television and film industry for its record on diversity.

He told the event, attended by scores of MPs and peers, including Lord Holmes, culture minister Ed Vaizey and Labour’s former deputy leader, Harriet Harman: “Let’s be honest. Too often commissioners look at diverse talent, and all they see is risk.

Elba also revealed that he had “for a while” attended a special school as a child, because of severe asthma.

He told the event: “Who makes TV? Who’s allowed on TV? And when they get the opportunity, which roles do they play, both on and off-screen?

He added: “Let’s have a bit of a Magna Carta moment in British broadcasting. Let’s make things fairer.”

Channel 4 also hosted a conference at its London headquarters this week, aimed at encouraging diversity within the broadcasting industry.

The updated 360° Diversity Charter report concludes that Channel 4 has achieved 24 of the 30 targets it set for itself last January, while the other six targets have progressed but have been delayed or amended.

Among its achievements, it has secured placements for 23 disabled people, who are training for roles within the Rio Paralympics production team, across 17 independent production companies.

After the games this summer, Channel 4 will sponsor and mentor these production trainees – as well as another six mid-level trainees – so they can sustain their careers.

One of the charter’s key targets was to increase the number of actors from diverse backgrounds auditioning for mainstream roles, in conjunction with Creative Skillset, the industry skills body.

But the report says this has been delayed until this year because Channel 4 has found it difficult to increase opportunities for disabled and black and minority ethnic actors.

It also encountered problems with a separate target to increase the number of disabled actors auditioning for roles in scripted productions, because, it says, “although we found plenty of talent, it was difficult to find appropriate opportunities for them, so in future we will take a more targeted approach to talent”.

David Abraham, Channel 4’s chief executive, said: “When we launched the 360° Diversity Charter last year we set ourselves challenging targets across every level of the organisation and I’m incredibly proud of the progress we’ve made, though there remains more we must do.

“I hope that with the launch of 2016 as our Year of Disability we can extend the impact of this Paralympic year right across our schedule and help do something lasting to increase representation of disabled people on- and off-screen.”

Justin Tomlinson, minister for disabled people, praised Channel 4 and welcomed the “ambitious goals” in the 360° Diversity Charter, and said its programming had “set the standard for disabled representation both on and off screen”.

But he said there was “still a long way to go if we want television to truly reflect the situation of disabled people in Britain today”.

He added: “I am delighted that Channel 4 have made this Paralympic year their Year of Disability and would challenge the rest of the industry to follow their lead.” 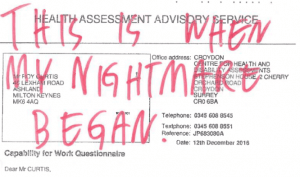