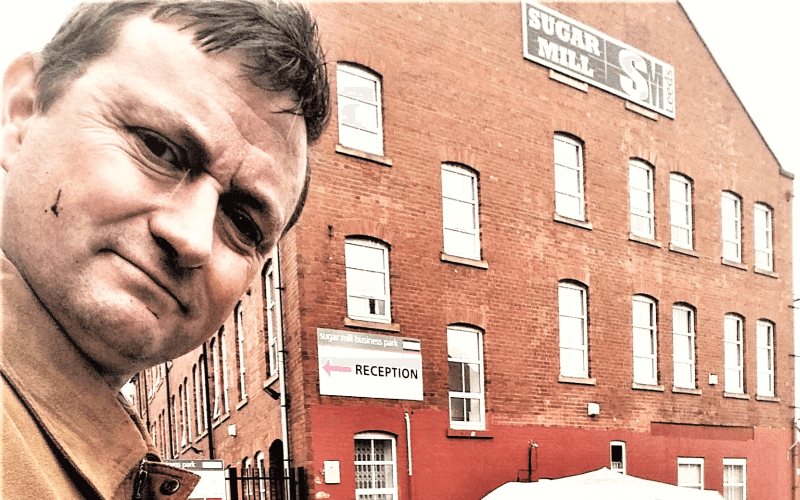 A disability charity which campaigns for an end to discrimination against autistic people in the workplace unfairly dismissed an autistic member of its own staff, an employment tribunal has found.

Dave Gregson was employed as a support worker by United Response for seven years until he was dismissed in late 2018 after the charity claimed he was no longer able to do his job.

United Response dismissed him after concluding that the adjustments that would be needed to allow him to continue working would not be reasonable and would be too expensive.

The decision was made even though the charity failed to consider whether one of its own trained job coaches could work with Gregson, the tribunal heard.

It also ignored the suggestion of an occupational health expert to seek advice from the National Autistic Society, and it failed to explore whether the government’s Access to Work scheme could provide funding to provide him with a job coach.

The tribunal said Gregson was “articulate and intelligent and thorough although prone to excessive elaboration and detail in his answers to questions”, and also described him as “honest in his recollection of events” and said he always put the people he supported and their dignity “at the forefront of his considerations”.

The charity had described him as “professional” and “intelligent, caring and kind”.

His tribunal claim originated with concerns about his wellbeing that were raised with him in November 2016, and a decision to restrict his duties at a residential home for disabled adults in Leeds.

But there were concerns about his failure to comply with those restrictions, which eventually led to him being placed on gardening leave.

United Response considered all the adjustments that would need to be made for him to return to work and decided that he could not work at any of its local services.

It eventually dismissed him six days before Christmas 2018 after concluding that the adjustments that would need to be made for him were not reasonable.

But the tribunal judge concluded: “In all the circumstances [United Response’s] decision to terminate the Claimant’s employment fell outside the responses open to a reasonable employer. The Claimant’s complaint of unfair dismissal succeeds.”

The judge dismissed further claims of disability discrimination and victimisation, while Gregson had earlier withdrawn a complaint of sex discrimination.

He concluded in the tribunal judgment: “The decision to dismiss may have been unreasonable… but it was not a knee-jerk reaction to an autism diagnosis.”

Gregson was dismissed nearly a year after telling the charity that he had been diagnosed as autistic, although United Response had previously known that he had depression, anxiety and obsessive compulsive disorder.

When approached by Disability News Service, United Response refused to say if it would apologise to Gregson, and why it failed to explore the idea of a job coach, Access to Work support, and advice from NAS.

It also refused to say whether it accepted that this was poor practice from an organisation that had signed up as a “Disability Confident Employer” under the government’s much-criticised disability employment scheme.

But the charity’s chief executive, Tim Cooper, said in a statement: “While disappointed, we accept the verdict of the recent employment tribunal relating to our former support worker David Gregson.

“We will now review the details of the case and consider the feedback from the hearing.”

He claimed the charity was “known locally for providing good quality care” and was “accountable for delivering high standards at all times and across all our services”, which includes “acting in the best interests of the people we support, ensuring they are safe and can live the best quality lives possible”.

He said the charity was “firmly against discrimination of any sort towards people with learning disabilities or autism”.

He added: “We acknowledge that this has been a stressful period for many, particularly David, and we wish him the very best in his future endeavours.”

But Gregson said he was disappointed with United Response’s statement.

He said: “It doesn’t acknowledge or express any regret or remorse. I also would have hoped there would have been some sort of acknowledgement or thanks for my service.”

He said he had worked with the charity’s head office on campaigns, including one on disability hate crime, right up to the point when he was dismissed.

Gregson said he hoped the charity would now introduce measures to prevent future cases like his, including training on the Equality Act and employment law, and improvements to the way it supports autistic employees.

He said: “I tried to avoid this through conciliation and mediation but there was no meaningful dialogue so there was little option other than for me to bring this [legal] action.”

Only last May, United Response launched its Am I Your Problem? campaign, which aimed to challenge the “indifference, hidden discrimination and sometimes outright hostility faced by people with a learning disability or autism”, including in the workplace.

Cooper said in launching the campaign that “hidden discrimination” was taking place in businesses, workplaces and schools.

He called on non-disabled people to “become the solution, not the problem” and help create “a society which is open to all and gives everyone a fair chance in all walks of life”.

Picture: Dave Gregson protesting about his treatment outside United Response’s offices in Leeds