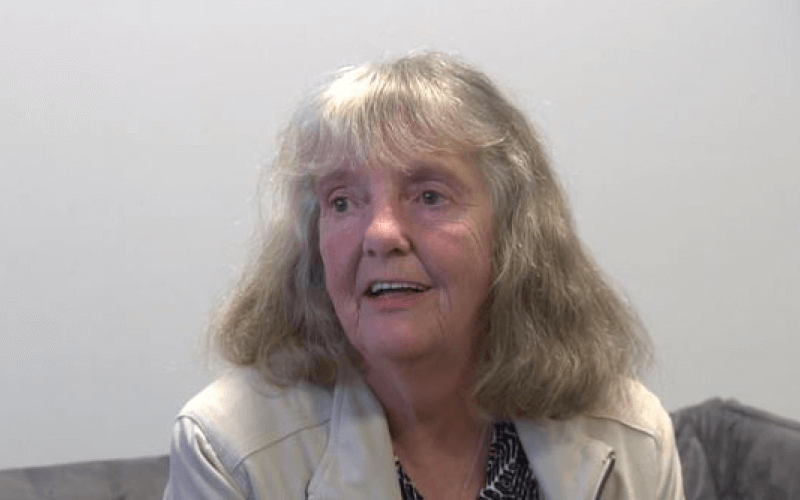 Senior Department for Work and Pensions (DWP) civil servants have failed to answer key questions about links between the government’s policies and the deaths of disabled benefit claimants, during a face-to-face meeting with grieving parents.

Emma Haddad, DWP’s director general for service excellence, and Colin Stewart, its work and health director for the north of England, spent more than an hour in Monday’s meeting with Joy Dove and Eric Whiting, the parents of Jodey Whiting.

The Independent Case Examiner (ICE) concluded earlier this year that DWP was guilty of “multiple” and “significant” failings in handling the case of the mother-of-nine, who had her out-of-work disability benefits stopped for missing a work capability assessment (WCA), and took her own life just 15 days later.

During the meeting, Dove asked 13 key questions that had been drafted for her by Disability News Service (DNS), based on her daughter’s case and the wider scandal of deaths linked to the actions of DWP ministers and senior civil servants.

But Haddad refused to answer many of the questions for legal reasons.

Among the questions about her daughter’s case, Dove asked how DWP could have made so many serious safeguarding failings.

Her ex-husband asked whether anyone had been disciplined or lost their job over their daughter’s death.

Dove asked Haddad why she should believe that DWP had fixed the system when it had made similar promises after so many other deaths.

And she asked why DWP kept making mistakes that led to the deaths of disabled people when it had carried out so many secret reviews into deaths linked to DWP actions.

Crucially, she also asked about the alleged cover-up which saw DWP fail to show the independent expert ministers had appointed to review the WCA a series of secret reviews into benefit-related deaths and letters written by coroners linked to the assessment process.

And Dove asked if she could see the secret review that would have been carried out by DWP after her daughter’s death.

Haddad promised Dove that she would provide written answers to all the questions.

The meeting took place in the offices of Labour’s Dr Paul Williams, Dove’s MP, in Thornaby-on-Tees.

Dove said that Haddad insisted in the meeting that ministers had not ordered her and Stewart to apologise in person, but that they had instead “got together and decided we needed to come here and say sorry”.

Dove told DNS she was glad the meeting had taken place, but she warned DWP that this would not be the end of her campaigning, although her legal team would now take the lead in seeking justice for her daughter.

She said: “It hasn’t really changed things because she’s dead and she’s not coming back.

“I told them that five minutes away from here, my daughter is in that cemetery.”

Dove believes Haddad was on the verge of tears when she heard her speak about Jodey and showed her pictures of her daughter.

She said: “I thought she had a tear in her eye when I got upset and showed her letters from Jodey saying she was in debt and which said, ‘Please, mam, look after my babies.’

“I could see a tear in her eye but at the same time she had to hold it back.”

But she said Haddad also told her: “I am a mother of two. I know how you would have felt.”

Dove said Haddad and her colleague were left speechless when she told them that campaigners were calling DWP “murderers”.

After the meeting, a DWP spokesperson said: “Senior officials have met with Mrs Dove today, to apologise again for the failings in handling her daughter’s case and discuss the lessons learnt.

“We fully accepted the Independent Case Examiner’s findings earlier this year and have since reviewed and strengthened our procedures to ensure all vulnerable claimants are safeguarded.”

The number of people signing a petition in Jodey Whiting’s name, calling for an independent inquiry into deaths linked to DWP failings, and for evidence of criminal misconduct by civil servants or government ministers to be passed to the police, has now passed 42,000.

But that is less than halfway to the target of 100,000 needed to secure a House of Commons debate on the petition.

Picture: Joy Dove being interviewed by ITV News after the meeting