You are here: Home / Arts, Culture and Sport / Concern over CoolTan’s future, as ‘talented and tireless’ founder is suspended 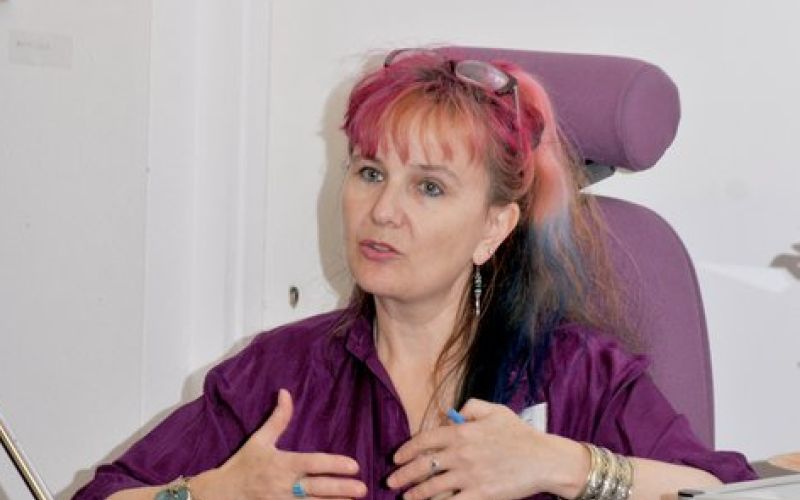 Supporters of a leading mental health arts charity have rallied behind the organisation’s disabled founder and chief executive, who they fear is about to be ousted by its trustees.

They believe the future of award-winning CoolTan Arts is at risk because of the treatment handed out to its boss, Michelle Baharier (pictured).

But Baharier, who has built up the organisation over the last two decades, has been suspended by its trustees since last month, and has apparently yet to be told why – other than that she faces allegations of bullying and harassment of staff – while one of the trustees has apparently resigned in protest at her treatment.

On one occasion, when Baharier tried to enter the premises, one of the trustees called the police, and later arranged for the locks to be changed.

Her supporters have criticised the “disproportionate” action taken by the trustees, who have hired a firm of human resources consultants to deal with the dispute, rather than using the free services of the conciliation service ACAS.

They say CoolTan has been closed for a total of about 14 days since her suspension, and have launched a campaign for her to be reinstated.

In just three days after a petition backing Baharier was launched, it was flooded with support for her from both CoolTan participants and other disabled artists.

Writer and performer Penny Pepper said on the website: “Michelle is a great talent and a wonderful human being. Let’s focus the fight in the right direction, to those who ARE attacking us!”

Bob Skelly, who reportedly resigned after 10 years as a trustee over the way Baharier has been treated, said: “Michelle IS CoolTan Arts which she has built up over 24 years and is faced with being ousted by a group of come-latelies who know virtually nothing about CoolTan or its history and achievements.”

Another supporter said on the petition website that Baharier had “helped and supported thousands of people” and “works tirelessly to support those experiencing mental ill-health, ensuring they have access to services, and those who are most vulnerable are safeguarded”.

It is believed that the disagreements with the board began in January over Baharier’s plans to bring in more experienced trustees, while some staff are said to be unhappy at her decision to make one of their colleagues redundant.

One trustee, Richard Truss, said Baharier had been accused of “bullying and intimidation of staff, something which the trustees are duty bound to take seriously, not least in an organization devoted to mental well-being”.

He said: “The trustees are doing their best to resolve this as soon as possible and in the meantime CoolTan continues to be open as usual and the regular participants are still attending.”

He said it was “not fitting” that they should allow Baharier to return to work “whilst the matter is in process”.

Maki Spanoudis, a CoolTan volunteer, has written to trustees demanding answers, and pointing out Baharier’s long and dedicated service to CoolTan.

She told them that “no one is more dedicated to its success and to participants’ interests”, and added: “There are healthy ways to resolve personnel issue that don’t resort to jeopardising CoolTan, causing Michelle immense distress, and negatively affecting the lives of so many people.

“CoolTan has been in my life for many years, it would be really devastating were it to significantly change or close.”

“I have seen her overcome many personal and professional difficulties over the years, never letting them stop her working all hours for CoolTan.”

Steve Barbe, who runs musical workshops at CoolTan and has been involved with the organisation for 20 years, said he did not know the nature of the complaints made about Baharier, but he said: “I do suspect it is out of proportion.

“I can’t imagine what she did deserves this being in limbo for so long and jeopardising the project.

“It certainly could jeopardise the future of CoolTan. Right now it is jeopardising the well-being of service-users because they are not getting access to the facilities.

“I think there should be a very quick resolution to this. I would like to see Michelle reinstated. Knowing Michelle as I do, I cannot imagine that what she did deserves this.” 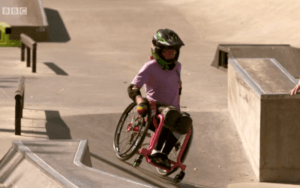 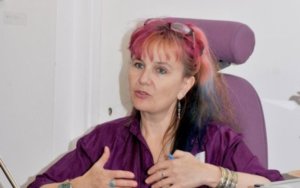