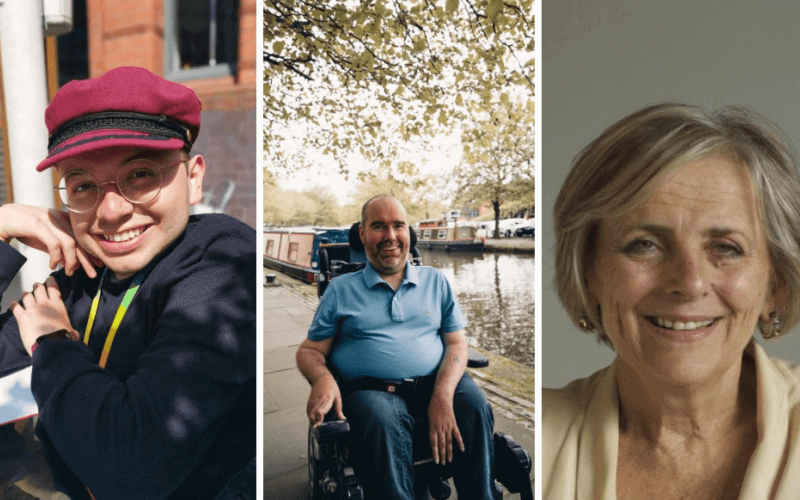 The future of a high-profile annual access awards event has been thrown into doubt after a complaint that two of its team made offensive comments about the LGBT+ movement.

At least three comments were made before and during the Blue Badge Access Awards (BBAA) ceremony at the upmarket Hotel Brooklyn in Manchester on 28 April.

The awards claim to “celebrate exceptional venues that welcome everyone through their doors” and are supported by well-known organisations such as Microsoft, Historic England, Conran + Partners, the Institute of Hospitality, and disability charity Leonard Cheshire.

But concerns about comments made at the event have now been raised in a blog by Toby Mildon, a leading diversity and inclusion consultant, who himself is disabled and gay.

He described how, before the ceremony, organiser Fiona Jarvis introduced another wheelchair-user, awards nominee Alex Vasquez, as “a disability advocate, well-known on TikTok, and a campaigner for LBG… whatever the letters are these days”.

Mildon said Jarvis, herself a wheelchair-user, “rolled her eyes” as she searched for the correct term.

Despite being corrected by Mildon, she then repeated the same “LBG… whatever” comment when she introduced Vasquez’s nomination for the access champion of the year award on stage.

A few minutes before introducing Vasquez’s nomination, another of the team involved with the event mocked the efforts of service-provider organisations like British Airways and Transport for London to introduce more inclusive, gender-neutral language.

When Mildon raised his concerns with Jarvis several days after the event, she told him in an email that she had been “surprised, depressed and upset to hear that my comments were taken to be homophobic” and that the comments had been “said in jest”.

She added: “I would consider myself an ally to all groups who feel excluded, particularly as a woman who is disabled and considered too old to be employable yet never have I wanted to be a ‘victim’.”

She said in a statement that she apologised “wholeheartedly for any offence caused” and that her team would now be “re-evaluating the existence” of the awards.

She later told DNS that she wanted to “reiterate my heartfelt apology to Alex and Toby”, that she was “an ally of the LGBTIA + community”, and that neither she nor the others involved with the event were homophobic or transphobic, and that they were “committed to accessibility for all”.

Jarvis told DNS that one of the organising committee had now resigned, following the complaint, but she did not say why or who.

Vasquez, who is from Costa Rica and is in the UK on a Chevening scholarship from the UK government while he studies for a masters degree, told DNS that the event had been important to him, as it was one of the first times he had been nominated for an award.

His main focus in his campaigning is on sexuality and disability, and the other intersectional aspects of disability.

But he said he had not been made to “feel very welcome” by Jarvis, both when she introduced him to Mildon and when she announced his nomination as access champion of the year, and that he felt he was treated as less worthy than the other nominees in his category.

He was also unhappy with how Jarvis treated Mildon’s blog and complaint after the event.

He added: “I think this is a great call out, not only for Fiona but for disability activists in the UK, to catch up on intersectionality, to make sure that whatever they do they do it from a place of understanding of not only their own experience but also everyone else’s.”

Mildon said that he had still not received a proper apology from Jarvis “for her words or subsequent actions”.

He said he had taken advice from trusted colleagues on whether to publish the blog, but he had decided to do so to show the “lack of understanding of the intersectional nature of disability” and to “raise awareness that this kind of behaviour is unacceptable”.

He said: “The main point I wanted to make is that in all events that are supposed to be inclusive, this kind of behaviour goes on and it has to be tackled.

“I felt I would not be doing my job properly as a diversity and inclusion advocate if I just let these things slide.”

Disabled broadcaster, campaigner and access consultant Mik Scarlet, who was one of the judges and one of the presenters during the event – but did not make the remark about British Airways – said the various comments “should never have been made”.

He said: “If anything it shows how much work there is to do around equality and inclusion.

“Just because you’re disabled, doesn’t mean you understand what it is like to be [part of] another group.”

He said he would not continue his lengthy relationship with the awards unless Jarvis and her colleagues developed a code of conduct and “embed best practice”.

He said what happened needed to become a “learning experience” for the awards.

Robin Sheppard, co-founder of the awards and the disabled chair and founder of Bespoke Hotels – which hosted the event – is a former government access champion. He also did not make the offensive remark.

He declined to comment to DNS, other than saying that he had spoken to Mildon and “underlined my apologies for any sleight or offence that was caused” during the event, and that he also planned to apologise to Vasquez.

A Leonard Cheshire spokesperson said: “We believe an intersectional approach is absolutely vital in addressing the wide inequalities disabled people face in the UK and around the world.

“We were very sad to hear about what happened at this year’s [awards].

“Leonard Cheshire is one of many organisations that have supported and sponsored the awards, which offer an important opportunity to showcase accessible, innovative approaches within the hospitality sector.

“We will be discussing the recent awards event as part of ongoing conversations with organisers about our continued support.”

BBAA was formed by the merger of the Bespoke Access Awards and the Blue Badge Style Awards.

Disability News Service reported in 2017 how the Blue Badge Style Awards had presented one of its awards to 10 Downing Street, even though it has one of the most iconically-inaccessible front doors on the planet.