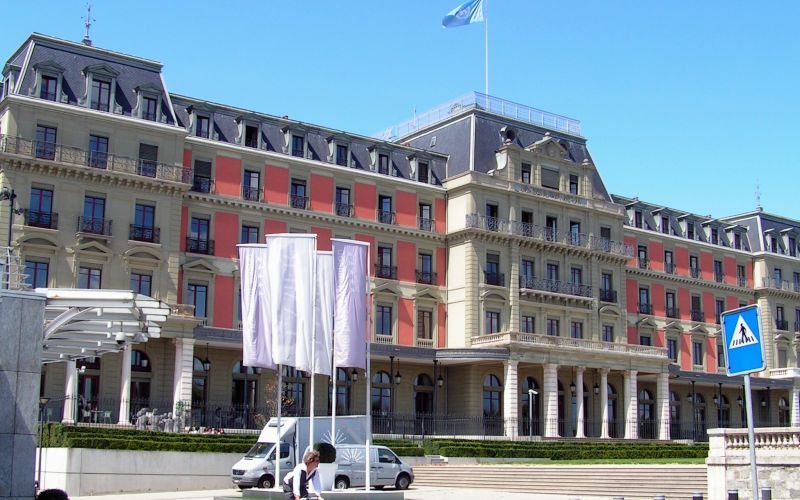 The United Nations is carrying out an unprecedented inquiry into “systematic and grave violations” of disabled people’s human rights by the UK government, Disability News Service (DNS) can finally confirm.

DNS revealed last August that the UK appeared to have become the first country to face a high-level inquiry by the UN’s committee on the rights of persons with disabilities (CRPD).

The committee said last summer, when approached by DNS, that it was not allowed to say whether the inquiry was underway.

But DNS is now in a position to state definitively that the inquiry is taking place, and has been underway since January 2014.

The inquiry was triggered by the grassroots campaigning organisation Disabled People Against Cuts (DPAC), which had grown increasingly concerned by the disproportionate impact of the coalition’s cuts on disabled people.

DPAC first contacted CRPD in 2012 and began to submit evidence about the coalition’s cuts and reforms in early 2013, with its request for an inquiry considered by the committee behind closed doors in April 2013.

In a blog published this week, explaining why it had finally confirmed its role, DPAC said that in order to persuade CRPD to carry out an inquiry it had had to prove that there had been “severe” and “continuous” violations of rights enshrined in the UN Convention on the Rights of Persons with Disabilities (UNCRPD) that had been built into the government’s welfare reforms.

The blog said that DPAC had also had to provide “strong evidence” of “retrogression” – or deterioration – of those rights.

The inquiry has taken place under the convention’s optional protocol, which allows individuals and groups who are victims of a violation to submit a complaint to the CRPD about any state, like the UK, that has signed up to both the convention and the protocol.

CRPD first notified the UK government of a possible inquiry in June 2013, and informed the government the following January that evidence provided by DPAC contains “reliable information indicating grave or systematic violations” of the rights in the UN convention.

DPAC has refused since 2012 to comment on the possible inquiry as it was warned by CRPD that the process had to remain confidential, but it has now decided to confirm its role in the process after news of the committee’s plans to visit the UK as part of the inquiry was leaked to a Scottish newspaper by a disability charity.

A DPAC spokeswoman said: “This inquiry is the first of its kind – it has great historic importance.

“It means the UN will examine the vicious and punitive attacks on disabled people’s independent living as well as the cuts which have seen so many placed in inhuman circumstances and has led to unnecessary deaths.”

The DPAC spokeswoman added: “This inquiry is an unprecedented move and unchartered territory for the UNCRPD committee.

“It is also another route of hope for disabled people who have been abused by the UK government, ignored by most of the opposition and betrayed by the big disability charities.”

Tracey Lazard, chief executive of Inclusion London, said the inquiry was “highly significant”, particularly as there has been a “very frustrating” delay in the much more routine process by which the committee will examine the UK’s general compliance with the convention.

She said Inclusion London and the Reclaiming Our Futures Alliance welcomed the opportunity to talk to the investigators about the evidence they had gathered, which shows “retrogression across every article of the UN convention”.

Lazard said: “We very much hope that disabled people’s experiences and information will be at the heart of that inquiry.

“This is really serious. This should be a wake-up call and the government should be doing exactly what it can to facilitate and make this inquiry as effective as possible.”

Inclusion London has also sponsored a separate complaint about the closure of the Independent Living Fund (ILF) to new applicants in 2010, on behalf of two disabled people who would have been eligible for ILF support if it had still been open.

That complaint was submitted to CRPD earlier this year.

Mark Harrison, chief executive of ROFA member Equal Lives, another user-led organisation which has played a key role in fighting government cuts, said: “When the UK government signed and ratified the UNCRPD it committed itself to progressive realisation to improve the lives of disabled people.

“The coalition government and now the Tory regime has deliberately targeted disabled people for the harshest treatment.

“This has been disproportionate to the rest of the population. Austerity cuts to welfare and services are causing unnecessary deaths and misery.

“I hope the UN will expose to the world what has happened and this will force a political U-turn.”

Tara Flood, director of the Alliance for Inclusive Education, another ROFA member, said the inquiry was “crucial” for disabled people, and showed that human rights abuses also go on in “what are considered to be rich, so-called civilised countries”.

“We will do our best to participate in whatever way we can and support our members to have an opportunity to share their stories and their concerns with the inquiry team.

“Given that the government was so determined to kick this into the long grass, I am really pleased that the UN has continued to pursue the matter.”

DPAC’s concerns were focused at first on the government’s decision to close ILF, and the damage caused by the work capability assessment (WCA) process, but the scope of the inquiry has widened dramatically since it first approached the UN in 2012.

DPAC has submitted a number of key pieces of research to the committee, including evidence of disabled people who have had their benefits sanctioned; reports of claimants whose deaths were linked to the WCA; the impact of delays to the new personal independence payment assessment; the role played by the media in inflaming disability hate crime; and the extent of cuts to local authority care funding.

DPAC said that its submissions were based on “firmly sourced statistical and other factual evidence, and also on the hundreds of personal testimonies that DPAC has received from individuals who have been affected adversely by the governments’ welfare reforms”.

Picture: The Palais Wilson in Geneva, home of the CRPD, by Romano1246, is licensed under the Creative Commons Attribution-Share Alike 3.0 Unported, 2.5 Generic, 2.0 Generic and 1.0 Generic license