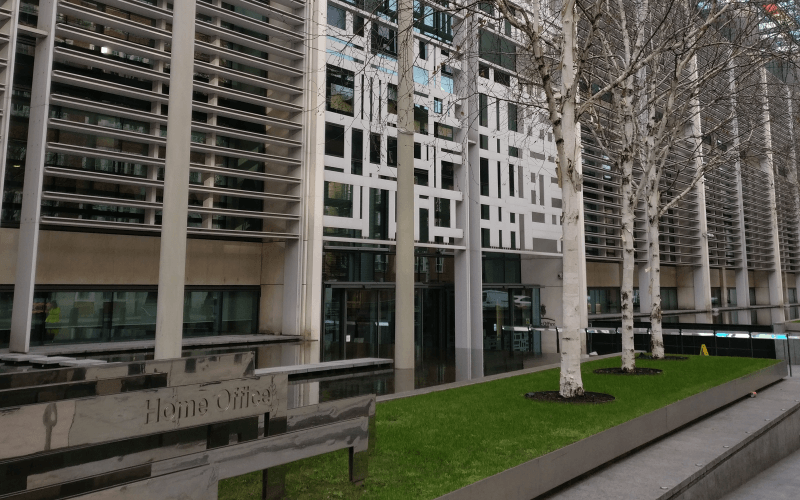 The high court this week rejected the Home Office’s argument that it was justified in discriminating against disabled claimants in the interests of immigration control.

And it found that home secretary Priti Patel had breached her public sector equality duty by failing to monitor the provision of accessible accommodation for disabled asylum-seekers.

She had claimed that she had no legal duty to do so.

The court found that there had been “huge delays” in providing AA, a disabled, terminally-ill asylum-seeker, with suitable accommodation.

At one stage, he was left street homeless and was forced to sleep on the streets near the renal clinic he had to attend for kidney dialysis.

In a ruling welcomed by lawyers and activists this week as hugely significant, the judge also found that AA and four other destitute, failed asylum-seekers – all represented by solicitors from Deighton Pierce Glynn – were subject to unlawfully lengthy delays in providing them with accommodation.

At least three of the claimants, including AA, have since been granted leave to remain in the UK.

The judge found that Patel had breached her duty under the European Convention on Human Rights and the Immigration and Asylum Act to protect destitute people against inhuman and degrading treatment caused by homelessness.

The judge found that the Home Office (pictured) had failed to monitor the contracts – worth £4 billion over 10 years – handed to private companies to prevent this, and that it had ignored evidence that the contracts were failing.

He concluded: “It is not possible to reconcile the delays with the monitoring that is said to be present and is described above [in his ruling]. There cannot have been proper monitoring.”

And he said that Patel had provided the court with inaccurate figures on the performance of the private sector contractors that provided accommodation for asylum-seekers.

Rebecca Yeo, a disabled activist and academic and member of Disabled People Against Cuts and Bristol Reclaiming Independent Living, who recently completed research for a doctorate on issues of disability and forced migration, welcomed the ruling.

But she stressed that the failures described in the ruling were not the result of a series of oversights but of “deliberate policies”.

She said the disabled people’s movement should welcome the ruling, but she argued with the judge’s conclusion that “there was no bad faith” by the Home Office and that the delay was “not deliberate, but it persisted and there was a choice not to do more about it”.

Yeo said: “We would question this assumption. The denial of services and support to asylum seekers is indeed deliberate.

“The outsourcing of provision to profit-making companies is also deliberate.”

She said there was also a need to contest the judge’s call for “cooperative, constructive, collaborative engagement”, because that in itself could not be a remedy “while the wider objectives of the asylum system remain uncontested”.

She added: “The access needs of asylum-seekers are routinely ignored, and the asylum system is inherently disabling.

“We cannot allow the needs of disabled asylum-seekers or any other person to be regarded as additional costs to be reduced in the interests of profit.

“We must ensure that the lives of each and every disabled asylum-seeker is valued as highly as that of any other human.”

A BRIL spokesperson added: “While we hoped that this judgement would go further, it is very significant for disabled asylum-seekers, and for organisations supporting disabled people and asylum-seekers more widely.

“We welcome and applaud the work of the legal teams and the refugee rights organisations involved.

“It is a scandal that people seeking asylum so often have to fight for housing and support.

“As the evidence highlighted in this case shows, the Home Office often delays provision of safe and accessible accommodation, putting them at risk of ‘inhuman or degrading treatment’, such that the asylum system itself is disabling.

“And, as the evidence highlighted in this case shows, the Home Office often delays or fails to provide safe and accessible accommodation.

“As disabled asylum seeker and activist Manjeet Kaur [who died earlier this year] said, ‘…they’ve tested with asylum seekers and that’s what they’re going to test with the rest of the people in this country. So it’s not a fight for asylum seekers, for immigrants or for citizens. It’s a fight for all of us, and we should stand together.’”

Esther Leighton, co-founder of the disabled-led campaigning organisation Reasonable Access, said on Twitter: “This is a chink of light in hard times; disability discrimination can’t be justified on grounds of ‘immigration control’.

The Home Office refused to say if the ruling showed there was systemic inequality and disability discrimination within the system, and that it needed urgent reform.

But a Home Office spokesperson said in a statement: “The government takes seriously its legal obligations under the Immigration and Asylum Act to provide support including accommodation to asylum seekers who would otherwise be destitute and to failed asylum seekers who have a barrier to their departure from the UK and who would otherwise be destitute.

“We are fixing our broken asylum system to make it firm and fair.

“We will seek to stop abuse of the system while ensuring it is compassionate towards those who need our help, welcoming people through safe and legal routes.

“We will consider the judgment carefully, including whether or not to further appeal.”