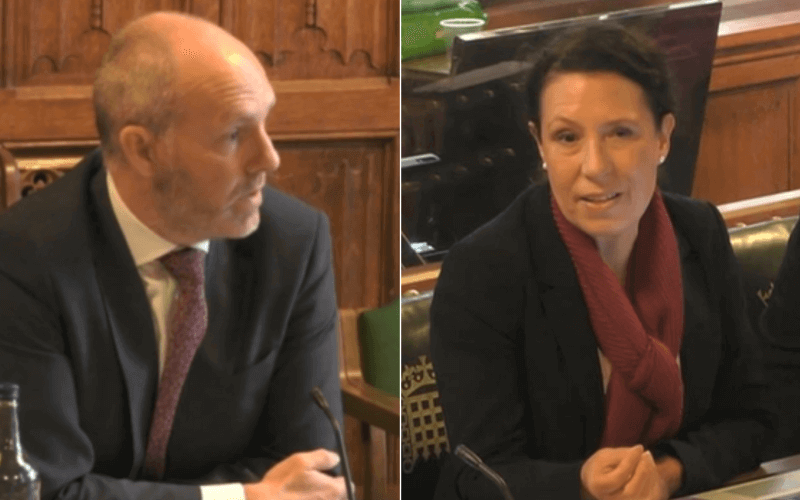 The government’s cuts to social security will be found to have played a significant part in causing the deaths of many disabled people during the pandemic, MPs were told yesterday (Wednesday).

Labour’s Debbie Abrahams said that ministers’ failure to assess the impact of their policies on minority groups was one of the reasons that nearly six in 10 COVID-related deaths were of disabled people.

And she told the minister for disabled people, Justin Tomlinson, that the government’s new National Disability Strategy had failed to introduce measures that could prevent such failings in the future.

She pointed to the strategy’s failure to strengthen the Equality Act’s public sector equality duty – as highlighted last week by a House of Lords committee – which would have forced public bodies to take bolder steps to eliminate discrimination and advance equality when drawing up new policies.

Abrahams said she was convinced that the independent public inquiry into the government’s handling of the pandemic, which will begin next spring, will find that underlying poverty and cuts to social security, particularly for disabled people, had played a significant part in causing the disproportionate number of COVID-related deaths.

She told Tomlinson, who was giving evidence to the work and pensions select committee: “It needs to be recognised that the cuts in working-age support, particularly to disabled people, had a direct impact.

“As much as I absolutely share your ambition about building back fairer, you’re not getting the basics right, and that’s about making sure that we have an adequate social security system.”

He said the impact of poverty and social security support was “a really important area that the inquiry will have to look at”, but he said that benefit spending on disabled people had risen by £10 billion to £55 billion, and on disability benefits in particular had risen by £4 billion in real terms to £25 billion, since the Conservatives came to power in 2010.

He said that successive Tory-led governments had exempted those on personal independence payment (PIP) from the benefit freeze and had overseen an increase in the number of disabled people receiving support.

He said there had also been an increase in the proportion of those on PIP receiving the highest rates of support, compared with the benefit it has replaced for working-age claimants, disability living allowance.

He said DWP was also “looking at other ways that we can improve the whole of our benefit process”, but he added: “I don’t diminish anything you said there, I know they are important points, and they need to be looked at.”

Tomlinson had earlier suggested that the government’s reform of the disability assessment process would lead to far fewer face-to-face assessments.

He said that the use of “triaging” claims through telephone and video technology – trialled through necessity during the pandemic – meant that “the traditional face-to-face assessment” would be needed far less often.

He even suggested that this could mean that so few face-to-face assessments were necessary that there would no longer be any need for permanent assessment centres “because the few that need that could very well be done through home visits or a suitable independent location”.

He said DWP had estimated that it might carry out 250,000 fewer PIP reassessments a year, for example for those claimants who are already receiving the highest level of support and have a degenerative condition and where it is “in no-one’s interest to waste time assessing somebody”.

He said the government’s consultation on its disability benefits green paper was “looking at how we can identify those groups”.