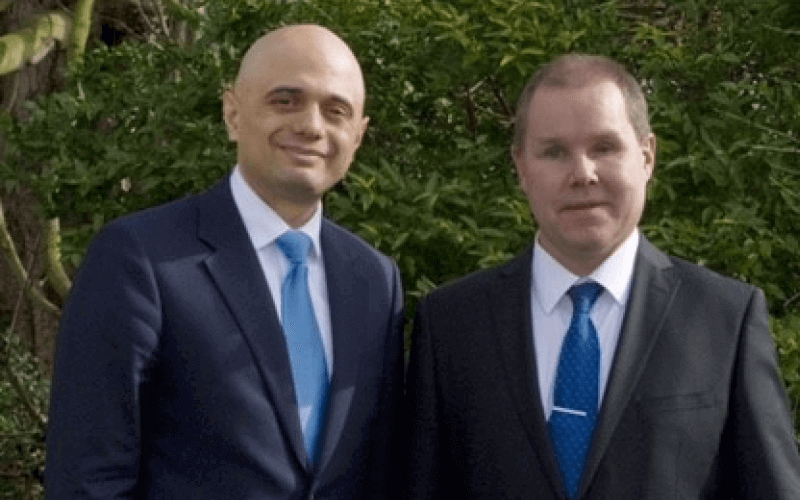 The government is facing criticism over its decision to appoint representatives of just two disabled people’s organisations (DPOs) – and a leading disabled Tory – to chair its new regional stakeholder networks.

The minister for disabled people, Justin Tomlinson, this week announced eight chairs to lead the networks across England.

But it appears that only two of the chairs who have been appointed lead representative organisations run and controlled by disabled people, an apparent flouting of the government’s obligations under the UN disability convention.

Three of the new appointments are bosses of disability charities, one leads a community interest company and one is described as a board member of the veterans advisory and pension committee.

And Barry Ginley (pictured, right), who will chair the south-east network, is vice-chair of the Conservative Disability Group, although he is described in this week’s government announcement as director of a consultancy company.

Last week, Disability News Service (DNS) reported how Ginley had defended the government’s disability policies, and had dismissed three highly critical reports by the UN’s committee on the rights of persons with disabilities, as well as concerns about the impact of Brexit on social care, disability rights and access to medication.

Another of the newly-appointed chairs, Ruth Owen, chief executive of the charity Whizz-Kidz, and a wheelchair-user herself, will chair the Greater London regional network.

A third of the new chairs, Liz Leach Murphy, founder of the social enterprise Imagineer, who has a long-term health condition, will chair the Yorkshire and the Humber network.

Another chair, Samantha Everard, chief executive of the charity Support and Mentoring Enabling Entrepreneurship, who also has a long-term health condition, will chair the south-west network.

Lynne Turnbull, chief executive of Cheshire Centre for Independent Living, the new north-west chair, and one of the two disabled people’s organisations (DPOs) represented in the appointments, is another disabled appointee.

She said the networks were “a brilliant opportunity to influence government policy”.

She said: “This is about bringing the voice of disabled people and DPOs across the north-west and making sure that is heard within government.”

She said she would be “really keen” to look at the membership of her network and “make sure it’s appropriate and representing the voice of disabled people and DPOs”.

She said that, “in an ideal world”, it will be made up only of disabled people and representatives of DPOs, although she had not yet seen her membership list.

The other chairs are Naomi Tomkys, chief executive of Sky Badger (east); Michael Potts, a board member of the veterans advisory and pension committee (north-east); and Louise Mckiernan, chief executive of Birmingham Disability Resource Centre (West and East Midlands), the other DPO represented in the new appointments.

The networks will be tasked with “amplifying the voices of disabled people and disability organisations in regions across England” and then reporting back to the Office for Disability Issues (ODI) on issues including transport, housing and employment.

The delay in announcing the names of the chairs and members of the networks had already attracted criticism, as had the government’s refusal to pay them, with the networks described by one leading disabled campaigner as “the worst kind of phoney engagement”.

At least five of the eight chairs announced this week identify as disabled people or have a long-term health condition.

Tracey Lazard, chief executive of Inclusion London, said: “We are shocked but not surprised by the appointments to the chairs of the regional stakeholder forums.”

She said most of the chairs did not appear to represent Deaf and disabled people’s organisations (DDPOs).

She said: “Rather than work with DDPOs, as they are obliged to do under the UN Convention on the Rights of Persons with Disabilities (UNCRPD), the government has instead, once again, chosen to carry out yet another cynical window-dressing exercise in engagement.

“This is simply not acceptable.

UNCRPD makes it clear that, when developing laws and policies relating to disabled people, governments “must closely consult with and actively involve persons with disabilities, including children with disabilities, through their representative organizations”.

Each of the new regional groups will be led by an independent chair and consist of between 10 and 40 members, who will all be “either disabled people, charities or organisations that represent disabled people”.

The groups will only be funded to meet once a year and will have to pay for any further meetings they arrange themselves, but ODI will still expect them to provide input throughout the year via email.

In response to concerns about the selection process, a Department for Work and Pensions (DWP) spokesperson said the chairs were “selected based on their skills, knowledge, experience, and proven track record working as advocates for disabled people within their regions”.

DNS had not asked DWP about its failure to appoint representatives of DPOs.