You are here: Home / Arts, Culture and Sport / Crow’s mud figures will make visible the human cost of austerity 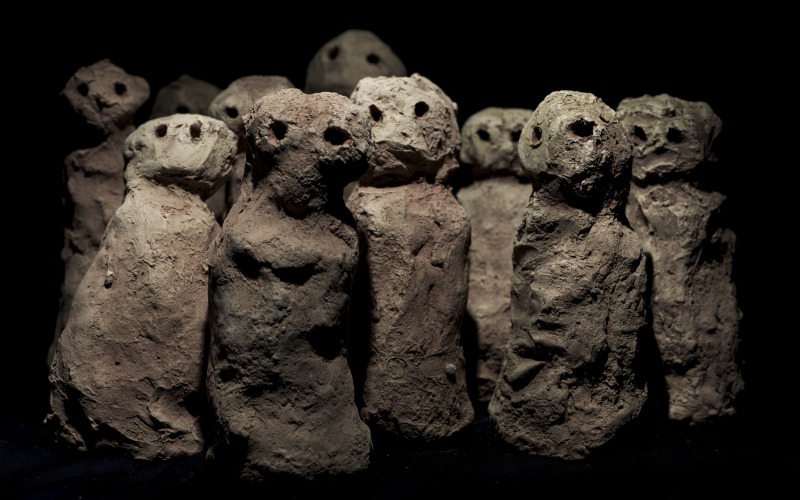 A disabled artist-activist is about to begin sculpting 650 figures out of river mud, in a bid to “make visible the human cost of austerity” in the run-up to the general election.

Liz Crow’s We Are Figures project will see her create one figure for every UK constituency, each one representing “an individual at the sharp end of austerity”.

She will create these figures next month on the foreshore – the part of the river that lies between its low and high-water marks – of the Thames, and in significant locations across London, while engaging with the public about the human cost of austerity.

Crow will be using mud already taken from the foreshore of the River Avon at Shirehampton, near Bristol, to sculpt the 650 human figures.

The sculpting will start on Monday (30 March) and will take place on 10 consecutive days and nights on the foreshore of the Thames and across the city.

During those 10 days, Crow will create some of the figures on the streets of London, in locations linked to the media, finance, government departments that have implemented austerity, and politicians.

Day by day, the steadily-increasing collection of figures will be displayed in a small exhibition space at Oxo Tower Wharf.

Each one will represent someone who has experienced austerity, for example through benefits reform, local authority spending, homelessness, malnutrition or NHS rationing.

Crow told Disability News Service: “What I want to do is use it to raise different questions and draw people in to having quite profound conversations.

“We have an election coming up and I do want people to think about how they vote. The impact of austerity is not going to go away overnight.

“It is what we do with an immensely difficult set of circumstances – whoever gets in – what do we most care about, what kind of society do we want to be, and what collectively do we do to get there? What really matters to us?”

Crow says that “a significant proportion” of the individual stories of austerity will “inevitably” concern disabled people.

She said: “It is really clear that it is a community that has been disproportionately affected both in numbers and in impact.”

She says the project has been a “mammoth undertaking”, which has included reading thousands of accounts of people’s austerity experiences, “ranging from the just difficult to just absolutely as bleak as it gets”, during which she has experienced “a whole range of emotions, from fury to feeling bereft”.

The inspiration for the project came during a previous work, Bedding Out, in which she engaged with members of the public about welfare reform after setting up her bed in an art gallery.

She said: “The conversations that came out of that had quite a profound effect. I felt quite traumatised by some of the things I had heard.”

She said she had originally wanted to create a piece of work to mark austerity-related deaths, but it had been “very difficult if not impossible” to establish how many people had died.

A short tour of the We Are Figures project will take place in London, Reading, Swindon, and Bristol, and one other location along the M4 corridor, from 1 to 5 May, in the lead-up to the general election.

On the day after the general election, the figures will be returned to the riverbank of the Avon and formed into a cairn. They will then be fired on a bonfire, while each of the individual stories of austerity are read aloud, until the tide puts out the flames.

The figures will then be reclaimed, gathered and ground into dust, and – on the first day of the next parliament, in September – their remains will be scattered back on the river, creating a “poignant reminder of the human cost of austerity”.

Funding for the project, which is tweeting at @WeAreFigures, has come from Arts Council England and the Big Lottery Fund, as well as individual crowd-funding donations.

It is the latest in a trio of projects in which Crow has highlighted the issues of austerity and welfare reform.

As well as Bedding Out, she launched #InActualFact in 2013, which created a series of simple, hard-hitting but carefully-sourced facts that could be used in conversation and on social media to “counter the rhetoric” on welfare reform and benefit cuts from both government and the media.

Volunteers are still needed, for four-hour blocks from 30 March to 9 April in London, and for the roadshow between 1 and 5 May, to act as stewards, supporting members of the public in conversations about the work. Some grounding in or experience of austerity would be useful. To find out more, contact [email protected]