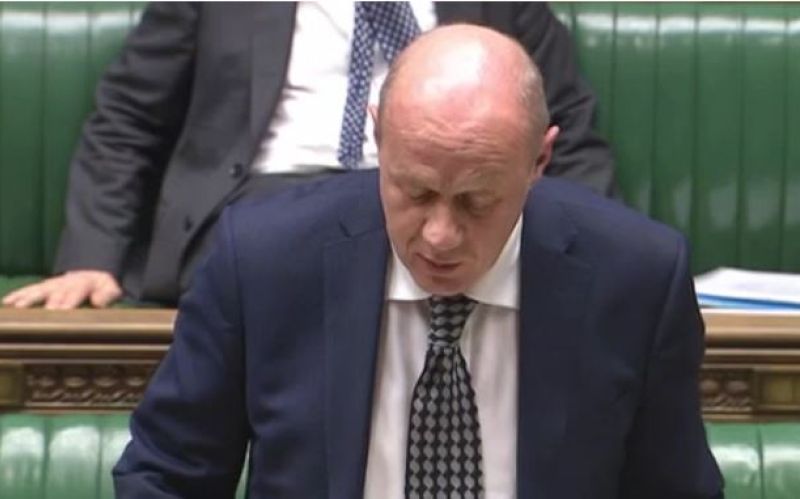 The work and pensions secretary is facing accusations that he misled MPs about his government’s disability benefit reforms for the second time in a month.

Damian Green was responding to an urgent question about last week’s Supreme Court ruling that the “bedroom tax” discriminates unlawfully against some disabled people.

His Labour shadow, Debbie Abrahams, had called on the government to “formally apologise for the pain and suffering inflicted on disabled people and families caring for a disabled child” as a result of the “discriminatory” bedroom tax.

But Green told her that the bedroom tax – which the government calls its spare room subsidy removal scheme – was “patently not” unlawful because the Supreme Court had found in the government’s favour in five of the seven cases it was hearing.

He added: “Her basic analysis is wrong. The government are spending £50 billion a year on disability benefit, which shows that we want a practical system that cares for people with a disability. This court case does not alter that at all.”

He made a similar claim on his own website in March, when he argued in a letter to a constituent that the government was “committed to supporting those most in need, and currently spends around £50 billion every year on benefits alone to support people with disabilities or health conditions”.

But Green (pictured during the debate) appears to have vastly exaggerated the amount spent on disability benefits every year by the government.

A Department for Work and Pensions (DWP) freedom of information response, sent to Disability News Service (DNS) in December 2015, showed how ministers justified their frequent statement that they spend “about £50 billion” a year on services and support for disabled people.

Using this response, DWP’s own spending figures for 2014-15 show that it spent about £35 billion on disability benefits, far short of the figure quoted by Green. Even projected figures for 2015-16 only come to about £37 billion.

Despite DWP’s own figures showing spending was only £35 billion, or £37 billion at the most, a spokeswoman insisted that Green had not misled MPs and that “the Secretary of State was correct in his statements about spending on disability benefits”.

The spokeswoman had failed to clarify this apparent discrepancy by noon today (Thursday).

DWP figures from June show that only about seven in 10 disabled people who were previously claiming DLA were being found eligible for PIP.