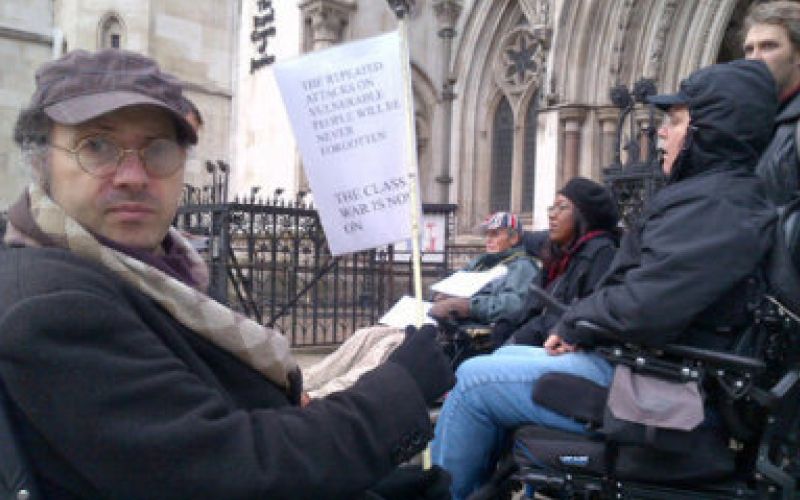 “Dangerous” cuts to the care packages of former recipients of Independent Living Fund (ILF) support are exposing “false” government promises that they would not lose out when the fund closed say campaigners.

One London council Waltham Forest, has admitted cutting the support packages of 28 former ILF-users since the fund closed at the end of June, even though it received nearly one million pounds from the government to maintain support for them and about 40 other former ILF-recipients for the rest of 2015-16.

Of the 28 disabled people whose support has been cut in Waltham Forest, disabled campaigners are aware of at least eight who have experienced “really significant” cuts.

Last month, Disability News Service (DNS) revealed that another London council, Hounslow, had slashed a disabled woman’s support by 48 hours a week after the fund closed.

ILF was run by the Department for Work and Pensions and when it closed on 30 June was helping nearly 17,000 disabled people with the highest support needs to live independently.

But the coalition government decided that it should be scrapped, promising instead that nine months’ worth of non-ring-fenced funding would be transferred through the Department for Communities and Local Government (DCLG) to councils in England, and to devolved governments in Wales and Scotland.

But the transition process has been hit by reports of delays in reassessments for former ILF-users and cuts to their care packages, and government pre-closure statements and pledges appear now to be falling apart.

Two days before May’s election, chancellor George Osborne told an ILF-user on a regional television programme that the government would “demand” that councils spent the extra funding they would receive on former ILF-users, even though that money was not ring-fenced.

And Esther McVey, at the time the minister for disabled people, said in 2012 that the government believed that “the needs of current users could be met in a more consistent and effective way within a single cohesive system”.

Tracey Lazard, chief executive of Inclusion London, which is working with other user-led organisations to research the impact of the ILF closure, said the situation in Waltham Forest “does not look good”.

She said: “What is really clear with Waltham Forest is the whole approach has been on the assumption that cuts are inevitable, even though they have got something like [£955,000] in ILF funding [from the government].

“They have just gone on the basis that there are going to be huge cuts.”

Lazard said individuals had not been given independent advocacy through the assessment process, as they should have been under the new Care Act, while there were concerns about the process itself, and the lack of clear information about how to appeal.

She said: “It’s really shoddy and the impact is hugely dangerous.

“One of our concerns is that for a lot of ILF-users they have had minimal or no contact with the council and they are not in contact with community organisations. They could effectively be suffering these cuts in silence.”

Lazard said that government promises that closing ILF was just a “process issue” and was about “getting rid of an anomaly in the system” were “tantamount to lying”.

She said: “It is absolutely false. It used [the closure] to save money. There was no evidence to suggest that there would not be cuts. To hide behind that is adding insult to injury.”

Gabriel Pepper (pictured), one of the most prominent campaigners against ILF closure, has seen his support package cut by Waltham Forest from 72 hours to 38 hours a week since ILF closed.

Last week, he and other disabled activists held a protest about the cuts outside the council’s offices.

He said the cut to his support risked leaving him a “prisoner in my house”, while he feared that his quality of life could “disappear”.

“It’s being squandered on pot holes, flower beds outside the town hall, huge salaries for suited executives and fancy painting on shop fronts.”

Another former ILF-recipient from Waltham Forest said the way the process had been conducted by the council had been “inhuman, messy”, with “very poor standards of information”, and care packages cut before people’s appeals against those decisions had been heard.

She said: “I am coming across people who have been bullied [by the council]. The whole process has been a complete shambles.”

She knows three carers who have been told by the council that their relatives would be better off in a care home now ILF has closed.

She added: “There is an acceptance of the inevitability that people are going to be institutionalised, which I find really scary.”

Neither the Department of Health nor DCLG had commented by noon today (11 September).

Waltham Forest council had not replied by noon today to email and telephone messages from DNS asking for answers to a series of questions.