You are here: Home / Employment / Deaf boss forced to appeal for charity support after Access to Work court defeat 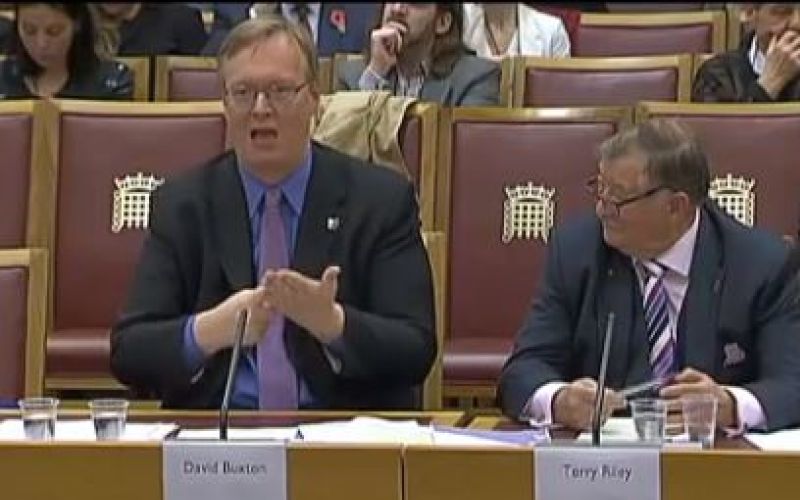 A Deaf chief executive is having to appeal to charity to fund the support he needs to do his job, after the high court decided that a cap the government imposed on Access to Work (AtW) payments did not breach the Equality Act.

The Department for Work and Pensions (DWP) set an annual cap of £42,500 on AtW payments in 2015, but later increased it to £57,200 (twice the annual salary) after David Buxton launched a high court challenge, funded by the Equality and Human Rights Commission.

Buxton (pictured, left) argued that the higher cap on AtW payments – which fund workplace adjustments for disabled people such as support workers and travel costs – still had a disproportionate impact on the job and career prospects of Deaf users of British Sign Language (BSL) and other disabled people with high support needs.

He said this placed them at a disadvantage when trying to get into jobs and develop their careers.

Now Mr Justice Kerr has ruled that the higher cap did not breach the government’s public sector equality duty and was not “indirectly discriminatory”.

He said the cap was not introduced as a cost-cutting measure but “as an intended cost-neutral measure, changing the distribution of available funding but not its overall level”.

And he concluded that the higher cap “strikes a balance” between funding more low-level cost awards and the needs of existing high-cost recipients, who must “forego some of the available funds to provide the money to spend on achieving the government’s aims”.

But Buxton, chief executive of the London-based disabled people’s organisation Action on Disability, said this week that the court’s ruling means he will now have to seek support from charitable trusts or donors to pay for the BSL interpreters he needs to do his job.

Buxton, whose first language is BSL, believes that Deaf people are being “punished” by the government for their high support needs through the “ideologically driven” cap, which was “directly discriminatory towards d/Deaf people”.

The cap means he currently only receives enough support to pay for one BSL interpreter for four days a week.

He said that this forces him to spend large parts of the week re-arranging his schedule to ensure there is an interpreter in the office when he needs one.

He also has to pay for a second interpreter to cover meetings that will last more than an hour, to allow the first interpreter to have the necessary breaks.

Evening meetings are an even greater stretch on his AtW support budget as they are more expensive.

This means he is frequently left with enough interpreter support for just three days a week, or sometimes just two.

And he can never predict when he will receive unexpected phone calls, or if staff will need to see him urgently at short notice.

He said: “This cap has caused me a lot of stress and isolation. Some days I don’t have any funds to pay for interpreters, mainly because I booked co-workers on other days, [and because] evening meetings cost more.

“I had to organise my AtW support nearly every day, planning ahead, making sure that I have enough cover. This is overbearing and unnecessarily creates hours of extra work.”

He added: “DWP did not assess or meet me at all. They simply decided to give me funding at the level of the cap, expecting me to sort myself out by getting less support every day.”

Buxton said he had worked “so hard for many years” to reach his current position, which he achieved because of his skills and experience, not because he was Deaf or a BSL-user.

He said: “The cap has real and lasting effects on my ability to do my job.

“This is not about greed, it is not about having every whim catered to – it is about ensuring that of the many things that I have to think about in my role, that communication and language access are not among them.”

And he questioned whether such a cap would be appropriate for a minister who used BSL as their first language.

He is also concerned that ministers have refused to say how much revenue is returned to the Treasury for every £1 spent on Access to Work, through taxes paid by recipients and their support workers and interpreters and the benefits that ATW-recipients do not need to claim if they are in work.

Previous research has suggested a return of as much as £1.48 for every pound spent on AtW.

A DWP spokeswoman refused to respond to concerns that the cap meant that disabled people – particularly BSL-users – with high support needs would never be able to achieve full equality.

She also refused to say if DWP accepted that the cap was imposing a limit on how far the careers of some Deaf professionals could go, and whether the minister for disabled people would expect a Deaf minister to cope with less than full-time communications support.

She also refused to say if DWP had calculated the financial return to the Treasury for every £1 invested in Access to Work.

But she said in a statement: “We welcome the high court’s judgment.

“We’ve set out a commitment to see one million more disabled people in work by 2027, and Access to Work forms an important part of our plans.

“When making changes to Access to Work we work closely with stakeholders from the deaf community, including the UK Council on Deafness as well as deaf individuals.

“The award limit was introduced to enable the programme to continue to help as many people as possible, and we’re taking steps to make more people aware of the scheme by working with employers, charities and health professionals.”

But Louise Whitfield, Buxton’s solicitor, from legal firm Deighton Pierce Glynn, said: “Despite the very real gains of the massively increased cap, it is extremely disappointing that the government failed to recognise the significant adverse impact on Deaf people of preventing them from working in roles that need high levels of support.

“We will never see equality for Deaf and disabled people if this remains the government’s position.”

And the Stop Changes To Access To Work campaign praised Buxton for taking the case and said the ruling “highlights the fragility of our rights protections whereby government can decide to implement measures that discriminate and curtail the equalities of Deaf and disabled people so long as they prove they have considered the impacts and cite funding constraints.

“It also fails to give any weight to our concerns about the impact of the glass ceiling that the cap sets for Deaf BSL-users and wider social impacts on inequality.”

The campaign said the judgment showed there was “far more to do in the fight for the rights of Deaf and disabled people to work on an equal basis with others in line with article 27 [on work and employment] of the United Nations Convention on the Rights of Persons with Disabilities”.