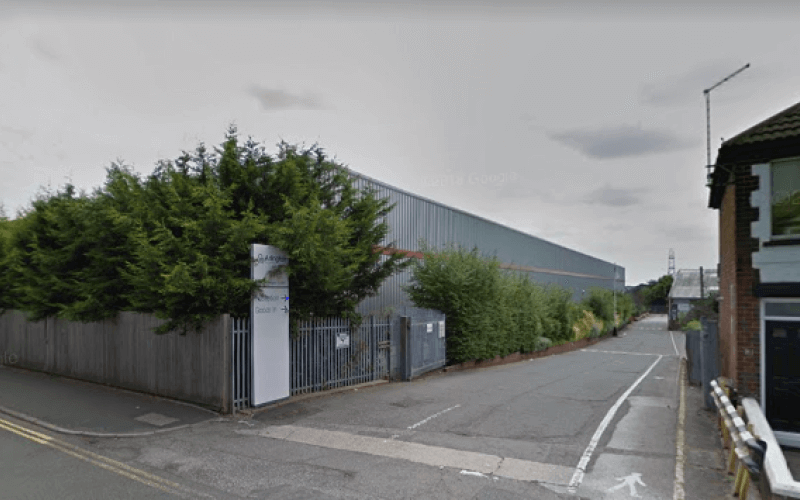 A company that bragged of being a Disability Confident “Leader” under the government’s discredited employment scheme sacked more than 50 disabled staff when it fell into administration, and then hired mostly non-disabled agency staff to replace them.

The workers were employed by Arlington Automotive, which took on nearly 180 disabled people seven years ago when it bought the final three Remploy sheltered factories.

It now appears to have targeted disabled workers for redundancy, particularly those with learning difficulties.

In May, just two months after the government put the country into lockdown, Arlington entered administration.

Administrators for the company, which supplies companies like Jaguar Land Rover, blamed the move on the pandemic, and announced more than 100 redundancies.

It announced the closure of the Birmingham factory and job losses at the Coventry plant (pictured). A third former Remploy factory, in Derby, was closed in July 2019.

It told staff at its Birmingham and Coventry factories that Arlington would not be able to honour their redundancy agreements, and that they would instead have to claim much lower levels of compensation through the government.

At least 50 of those made redundant – and probably more – were disabled workers.

For former Remploy workers, they could now be receiving tens of thousands of pounds less than they were expecting, with one seeing his expected payment plunge from £75,000 to £16,000.

Despite the redundancies, Arlington is now taking on agency workers at its Coventry plant in addition to the remaining 107 workers, to replace many of the long-serving disabled staff members they have made redundant, most of whom had learning difficulties.

The company said yesterday that it currently had nine agency workers at the Coventry factory, of whom only one was a disabled person.

GMB also said that many workers were sacked over the phone.

And in Birmingham, disabled members of staff were escorted to their lockers by bouncers when they arrived to clear out their lockers of personal possessions.

Jonathan Peasley, who had worked for Remploy, and then Arlington, for 31 years, said he was “not very happy” about the way he and other disabled workers had been treated.

The warehouse operative, who worked at the Coventry factory and was a shop steward for GMB, said it was “absolutely terrible” that Arlington had replaced staff with learning difficulties, like himself, with non-disabled workers.

GMB regional organiser Rebecca Mitchell said that, of GMB members with learning difficulties at the two factories, all but one has been made redundant, and most of those who remain at the Coventry factory were not disabled.

She said: “This is some of the lowest behaviour we’ve ever seen from a firm; sacking disabled workers over the phone and then trying to take away their hard-earned redundancy payments.

“Arlington Automotive is pushing disabled workers into the gutter.”

She added: “They are also taking on non-disabled agency workers to replace the disabled workers they have made redundant. They are continuing to trade as normal. This is what we don’t understand.”

Mitchell said it appeared that the company was trying to get rid of all its workers with learning difficulties.

She said she was “even more sickened” by Arlington’s behaviour when she was told by Disability News Service that the company was a Disability Confident Leader.

When the company announced the Disability Confident award last September, it bragged that it “clearly demonstrates Arlington’s commitment to equality and diversity in the workplace”.

An Arlington spokesperson added: “The bottom line is that we ensure disabled people and those with long term health conditions have the opportunities to both fulfil their potential and realise their aspirations.

GMB is seeking advice on taking legal action against Arlington for disability discrimination, unfair dismissal and failure to consult with unions.

Asked to confirm whether the union’s claims were accurate, a statement issued through Arlington’s administrators confirmed some of the points but declined to comment on others.

A spokesperson refused to comment on whether Arlington was behaving in an appropriate way for a Disability Confident Leader.

But he said the company’s financial problems had been caused by the COVID-19 crisis.

He said the administrators had “adhered to government advice around social distancing when considering how to communicate with the employees” over the redundancies, and had “recruited a specialist firm… in order to notify them and provide them with support in lodging their claims with the [government’s] Redundancy Payments Service*”.

He said: “The Redundancy Payments Service will meet employee claims subject to the statutory limits in place and any residual balances owed to the employees [through their redundancy agreements] will be claimable in the administration process.

“Given the extensive liabilities of the company and the fact that it is insolvent and has no funds, employees’ contractual claims are unlikely to be settled in full.”

He added: “In common with most manufacturing facilities Arlington has always used temporary staff to deal with small short-term spikes in demand due to the inherent volatility of customer production requirements.

“As part of that process, the agency prioritised those with disabilities.”