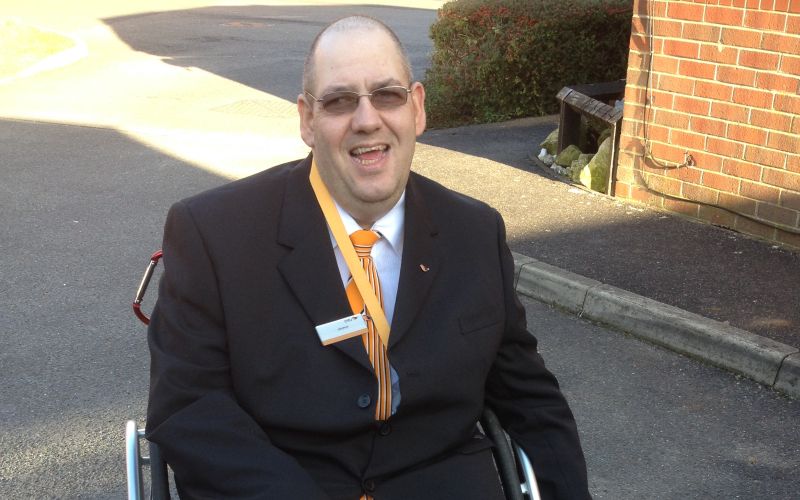 The only wheelchair-user to secure accreditation as a nightclub bouncer is fighting “discriminatory” new rules that have led to the loss of his licence, just as he is being recognised for three decades of community service.

John Young is to be presented later this month with a British Citizen Award (BCA) – which recognises “individuals doing extraordinary things in the local community” – only weeks after being told he had lost his (pictured (SIA) licence because of new regulations.

He had held his licence for six years, but it was downgraded in December because new rules state that a door supervisor must be able to escort a person up and down a flight of stairs and, if necessary, be able to restrain a customer.

Although he has some martial arts training – has a blue belt in karate – he is unable to “sit on somebody”, as he says he would need to be able to do under the new rules, because of how long it would take to get out of his wheelchair safely.

As a result, he can now work at retail locations such as Primark or Marks and Spencer, but not at licensed venues such as bars and nightclubs.

SIA has told Young (pictured) it is looking at whether it will be able to make reasonable adjustments for him and other disabled people, but that any changes to its licensing rules are unlikely to be introduced until early 2017, because they would need to be approved by the home secretary.

Even if that happens, he will have to complete another course – costing £240 – and resit his exams later in 2017 before he can resume his career.

He said: “If a black or Asian or gay person can do the job, why can’t a disabled person? If you are not discriminating against others, why the disabled?”

He said that “if SIA had their way then no disabled person would be able to apply for the licence in the future.

“Given the right opportunity and reasonable adjustments being made, we can contribute to the economy.”

He said his fight against SIA had been a “one-man crusade”, although he praised the support of his Conservative MP, Richard Harrington, and the Hertfordshire council-funded employment agency Work Solutions.

An SIA spokesman said the organisation did not comment on individual cases, but was “committed to tackling equality and diversity issues”.

“Those not wishing to take the top-up training are eligible instead to renew their licence as a security guard.”

“We are fully considering what steps can reasonably be taken to avoid the disadvantaging of disabled people, while at the same time ensuring the safety of members of the public.

“Any proposals regarding amendments to our licensing criteria for disabled people would be subject to a consultation.”

A Home Office spokesman said the department did not think there was anything it could add to the SIA statement.

Young had wanted to join the armed forces as a child but was unable to do so because of his impairment.

He decided instead to join the security industry, as it was “a way of serving the country and making it secure in some way”.

He said: “I thought there are so many disabled people who spend huge amounts of money in pubs and nightclubs… so why not apply to security jobs and show people that disabled people like me can do the job.”

He qualified after attending a college in Hertfordshire in 2009, where the only adjustment he needed was a scribe to write his answers for him, with his exam held in private with his own invigilator.

Young, who also works as a disability awareness trainer, has been a member of the charity Bushey and Watford Physically Handicapped and Able Bodied (PHAB) since the age of 17, nearly 30 years ago.

As a former chair of the club, which takes its members on activities such as bowling and rock-climbing, he has worked to improve access within the community and to promote PHAB’s work, as well as improving the outlook of young disabled people.

He has also qualified as a disability athletics coach, and runs coaching sessions in the community.

Young will be one of 33 recipients of a BCA medal of honour at a ceremony in the Houses of Parliament next week.

He said he was “elated” to be recognised with a British Citizen Award, and added: “It is a good thing to be recognised, but I don’t do it for the applause, I do it because it is something that needs doing for the good of the disabled community.”

He said: “I do what I can do; I know that if my work will help me that it will also help many other disabled people.

“My voice is not just my own, but it is for the disabled community. For me, it is about keeping disabled issues and disabled rights in the public domain and in the public interest.”

He added: “Sometimes I feel like a third-class citizen when it comes to goods and services, and in 2016 you should not feel like that.” 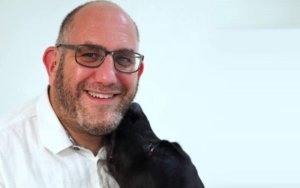