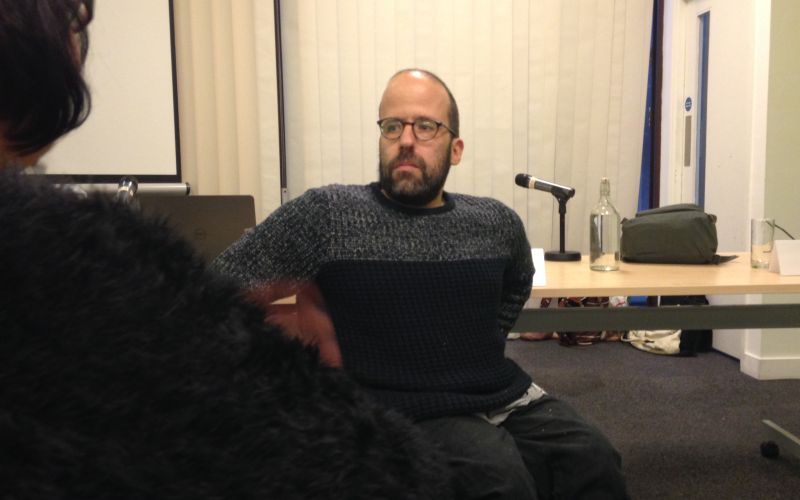 The Brexit process could see disabled people who were born on the continent but have lived here for many years unable to secure permanent residency in the UK, because they have never been able to work.

UK law says citizens of the European Economic Area (EEA)* cannot secure permanent residence – and apply for British citizenship – unless they can show they have lived for at least five years in this country as a job seeker, worker, student, or self-employed person, or they are economically “self-sufficient”.

Students and those who are self-sufficient must also show they have comprehensive private health insurance.

The concerns were raised at a workshop in London this week, part of a project** that aims to provide information on how the final deal between the European Union (EU) and the UK government might impact on people’s rights.

The government has pledged to protect the rights of EU nationals already living in the UK, but only if the EU grants similar protection to British citizens living in other EU states.

But many EEA nationals are worried that agreement might not be reached between the two sides, so they want to secure UK residency rights before the country leaves the EU.

Disabled journalist and activist Christiane Link told the workshop that she is helping run a Facebook group dedicated to supporting EEA citizens who want to secure UK residency rights.

Many of them have been living in the UK for many years, but were born abroad.

Some of those struggling to secure residency rights are disabled people who have not been able to work, and have claimed out-of-work disability benefits.

Another group affected is carers, whose contribution is not treated by the UK government as work.

Professor Anna Lawson, head of the Centre for Disability Studies and the new Disability Law Hub at the University of Leeds, told the workshop that this was one of the “hugely important issues that we need to be engaged in” as disabled people and disabled people’s organisations, as the government prepares for Brexit.

Link told Disability News Service: “It will mainly affect people who are not working or didn’t work long enough. You must have worked for five years continuously.”

A German citizen, she has been living in the UK for 10 years but will not have a problem securing residency rights after Brexit because she has worked for more than five years.

But she said that this will not apply to many other disabled EEA citizens.

And although the UK government may not directly force them to leave the country, it could refuse to continue paying them the benefits they need to survive.

She said: “If you deny people who are disabled access to benefits then they are virtually unable to live here, so that is indirectly kicking them out of the country.”

One of those affected is 41-year-old Yragael Drouet (pictured, talking to Link at the workshop), who came to the UK from France as a four-year-old child with his mother and has lived here ever since, and has received out-of-work disability benefits.

He believes there are many disabled people who are EEA citizens and face the same barriers that he now faces in securing UK residency rights.

He said: “The state obviously believes that I was unable to do full-time work so surely there should be some sort of get-out clause for disabled people [like me].”

He says that if he is denied free healthcare he would have to return to France.

He said: “I am 41 and I came here with my mother when I was four. It would be crazy. I have family there but I have nowhere to live.”

He does not believe the UK government would allow this to happen “maliciously” but he fears that “it is something we are walking into” without realising.

The Home Office website says that reasons to reject applications for permanent residence include “failure to supply evidence of exercising a treaty right as a job seeker, worker, self-employed person, self sufficient person, or student”.

A Home Office spokesman said: “The rights of EU nationals living in the UK remain unchanged while we are a member of the European Union.

“The home secretary has been clear that she wants to protect the status of EU nationals already living here, and the only circumstances in which that wouldn’t be possible is if British citizens’ rights in European member states were not protected in return.

“There is no requirement to register for documentation certifying permanent residence to confirm this status.”

He said the requirement for comprehensive sickness insurance is set out in the EU’s free movement directive and applies to all member states.

But Link pointed out that the European Commission stated in 2012 that the UK government did not treat entitlement to free NHS treatment as equivalent to comprehensive sickness insurance, and that this “breaches EU law”.

The Home Office had not been able to respond to this point by noon today (Thursday) because of yesterday’s terrorist incident in Westminster.

Link added: “In general, I think it would be good if the EU would have made better provisions for disabled people (not only those who are working) but most of the issues right now like comprehensive sickness insurance and carer status are caused by the interpretation of the UK, not by the EU.”

A petition calling for the system of qualifying for permanent residency to be reformed – including scrapping the requirement for disabled people and carers to have comprehensive sickness insurance – has secured nearly 35,000 signatures.

*The EEA includes all EU countries as well as Iceland, Liechtenstein and Norway. EEA membership allows these three countries to be part of the EU’s single market, which allows free movement of goods, capital, services and people between member states

**The Brexit Takeaways project is organising events in London, Northern Ireland, Gibraltar and Belgium to provide information on how the different options for a Brexit deal could impact on their rights. The project is led by the European Citizen Action Service, New Europeans, the European Disability Forum and the EU Rights Clinic