You are here: Home / Arts, Culture and Sport / Disabled musician ‘faces discrimination and abuse from other buskers’ 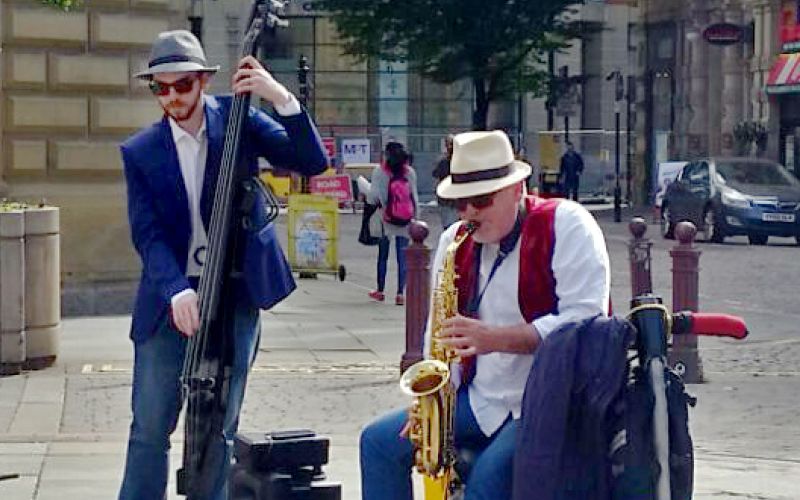 A disabled busker has been forced to complain to the police and his local council after being verbally abused by other buskers, and even being attacked by one of their children.

Guy Stewart, an experienced singer, saxophonist and harmonica player, has been trying to establish himself in the city of Bath since moving to the area for family reasons.

But he says he has faced discrimination and abuse from a small minority of buskers, who refused to allow him to play in the best slots in the city centre throughout the summer, and misled him about the system they used to share out the pitches.

He said: “There are good pitches that bring in more money, but after a month of not being able to get even an hour on a good pitch I started to make further enquiries about how I could.

“Due to my condition, I can only work up to three hours a day, so every minute counts.

“I was told at least three different stories and after further questioning I was met with verbal abuse, intimidation and even an assault.”

The assault took place when a female busker encouraged her daughter – who he thinks was aged seven or eight – to hit him over the head with one of her toys as he sat on his scooter, and only told her to stop when he doubled over in pain.

Stewart’s impairment means he is sensitive to nerve pain in certain parts of his body, which he says can be “excruciating”.

On another occasion, last month, a male busker came up and screamed abuse at him, while he says other disabled buskers have also faced abuse.

Disability News Service (DNS) has also seen a YouTube video posted on the site three years ago, which shows one city centre busker launching a tirade of abuse at a disabled singer.

Most buskers have been “supportive, helpful and friendly”, says Stewart, but a minority have not.

He has now been forced to ask both the council and Bath police for help.

He said: “I believe I have a right to earn a living; some of the buskers in Bath deliberately took that away from me.

“They deprived me, a disabled guy in a wheelchair, of my right to earn an honest living as a musician.

“My disability was viewed as a weakness and exploited.”

He added: “By lying to me and not letting me work as I wanted to in the summer months of August and September, I don’t have the money now saved up to help me through the winter, so I have to risk real health problems, because I have coronary heart disease, by working outside in the winter.”

He says he has been “purposely excluded from getting time on the street pitches” at the regular 10am meetings at which slots for the day are shared out among the buskers.

A Bath and North East Somerset Council spokeswoman said the allegations were “concerning”.

She said: “A representative from the council’s environmental protection team has spoken to the man in question about his concerns.

“We have referred his allegations of anti-social behaviour on to the police and we understand they have been in touch with him directly.

“We have also spoken to the buskers’ representative, who works with the council, and we have passed his telephone number and address on to the man in question, so he can seek further advice.”

The council does not organise pitches for busking in Bath, but has previously published a code of conduct, after working with buskers, Bath Abbey and the Bath Improvement District, which the spokeswoman said “we expect everyone to work to”.

Although the council does not run the pitches, the code says that its officers can be sent out to investigate concerns about breaches of the code, with the possibility that they can issue verbal and written warnings and then – if the busker still fails to abide by the code – a community protection notice under the Antisocial Behaviour, Crime and Policing Act 2014, and the possibility of legal action.

After DNS raised his concerns with the council last week, Stewart says the buskers appear to have changed their system to “one that is fair and equitable to everybody, and the people who have been doing the abusing and intimidation have left”.

He said: “I feel very strongly that as a disabled person I should stand up and confront any abuse of any kind, whether that person is disabled or not.

“If nepotism, cronyism and exclusion are systems that go unchallenged, then these sort of events will eventually happen.

“To date, my efforts may have brought some changes, as from this weekend there is less tension.”

He added: “My hope is that the city council make some changes, instigating a fair and equal pitch allocation system for all, and support the buskers of Bath who help bring in tourists while livening up the streets with world-class musicians, plus generating income for the city.”

Picture: Guy Stewart busking with his son Michael in Manchester 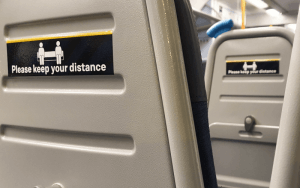 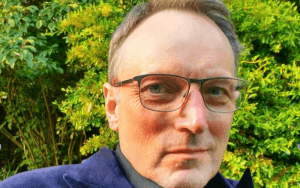