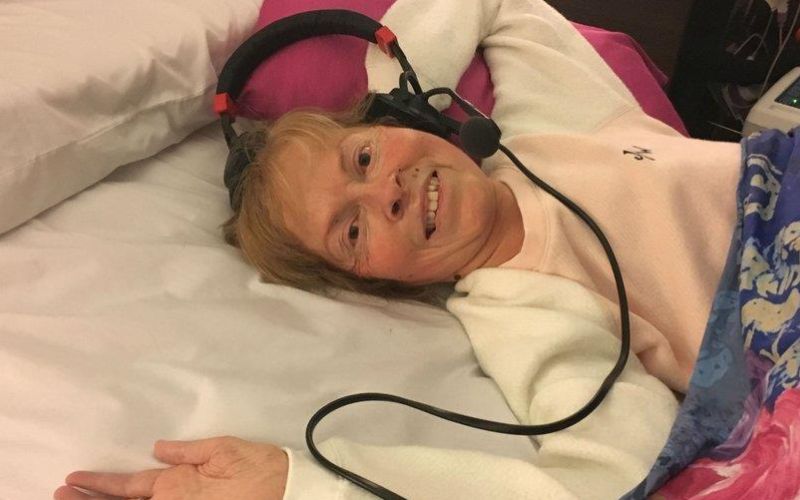 A disabled peer secured investigations into a series of key disability-related issues when she took over as editor of BBC Radio’s flagship news programme on New Year’s Day.

Baroness [Jane] Campbell (pictured) was one of six guests who took editorial control of Radio Four’s Today programme for a day each between Christmas and 2 January.

Among the issues covered in her stint on 1 January were an examination of the impact of the Disability Discrimination Act, 20 years after it became law; a discussion of the potential impact of new technology on disabled people; and a conversation between disabled comedians Jack Carroll and Simon Minty about whether it is ever acceptable to make jokes about disabled people.

The most controversial segment of the programme was Baroness Campbell’s interview with journalist and former Tory MP Matthew Parris who has argued publicly in favour of assisted suicide.

He suggested in the interview that those people who were no longer useful “should tend to ask ourselves how much longer we want to carry on”, and added: “I don’t think that those people that don’t have the ability because of their physical limitations to end their lives themselves should have that right removed from them by their disabilities.”

He compared those cases with Baroness Campbell, who he said was “immensely useful”, but he also said that her wheelchair and other equipment were “very expensive” and that there would come a time when there had to be “a limit” put on the “slice of the cake” apportioned to disabled and older people.

Baroness Campbell told him that his limits were “too low” and that “the future will not be as gloomy as maybe you predict”.

She later told Today presenter Justin Webb that Parris had “a very dystopian, gloomy view of the world, and the world of people who are incapacitated” and that “he knew nothing about us”.

She also criticised his stereotypical views about the expense and dependency of disabled people.

She said: “My electric wheelchair costs less than a replacement hip. My wheelchair gives me independence and allows me to contribute in my job.

“When Matthew Parris needs a hip replacement which costs more [than my wheelchair] will he be asking himself the question: am I too expensive?”

She added: “I truly believe that if you invest in disability, the gains will pay for themselves, and that’s shown to be the case and that’s why I’m in the House of Lords.”

One former disabled EHRC commissioner, Diane Kingston, now vice-chair of the UN’s committee on the rights of persons with disabilities, said the current state of the commission was “quite shocking”.

She said she had had a “fantastic team” working around her on disability rights when she was at EHRC, and they had been able to “commission a lot of research, produce some fantastic reports and do a lot of outreach work”.

But she said the commission’s funding was now “quite pitiful”, and equivalent to the budget of the DRC alone at the time it closed.

One of EHRC’s current commissioners, Sarah Veale, told Today that the commission did “a very, very good job” despite its funding being cut to an annual budget of just £19 million, and had become “very good at prioritising”.

But Veale dismissed suggestions that the government might want to scrap EHRC entirely, and said: “I think we are respected and accepted and no government is going to want to get rid of an organisation that is a success now and is delivering for a wide range of people in a very diverse community that we live in.”