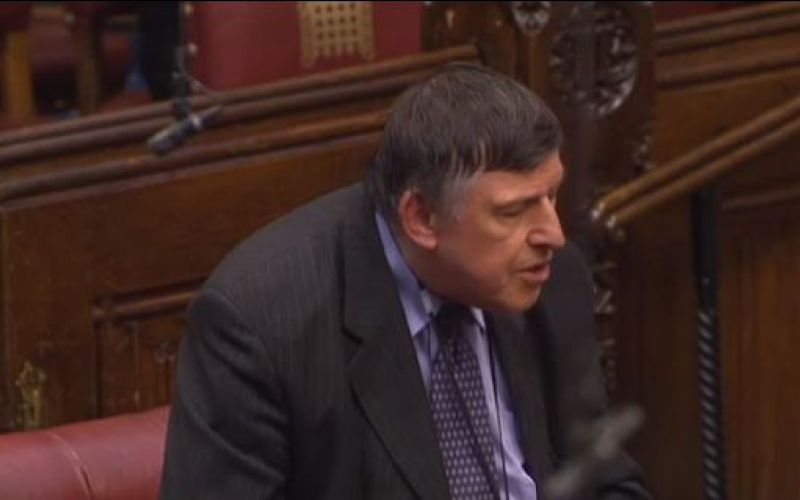 Three disabled peers have led fresh efforts to halt government plans to cut £1, 500 a year from hundreds of thousands of claimants of out-of-work disability benefits.

The House of Lords overwhelmingly passed an amendment – later rejected by MPs* – by the disabled crossbench peer Lord [Colin] Low that would have delayed the measure until the government had researched its impact on people’s health, income and ability to return to work.

The government proposal would mean a loss of about £30 a week for new employment and support allowance (ESA) claimants placed in the work-related activity group (WRAG) from April 2017.

Peers heard this week that the Equality and Human Rights Commission (EHRC) had written to a Labour MP raising concerns about the impact assessments carried out by the government for the welfare reform and work bill.

EHRC chief executive Rebecca Hilsenrath said in the letter that the government’s analysis relating to the WRAG cut was “very limited”, while the assessments as a whole “contain very little in the way of evidence”.

Lord Freud said the amendment would “substantially delay implementation” of the WRAG cut, possibly until 2020, and accused Lord Low of “a delaying tactic that undermines conventional parliamentary process”.

But Lord Low (pictured during the debate) replied: “The minister said it would be an expensive and time-consuming matter to provide the information my amendment calls for, but I would say that if the government do not already have this kind of information they should not seek to implement such a drastic cut to ESA in the first place.”

His fellow disabled crossbench peer, Baroness [Jane] Campbell, said that for the government to suggest the cut would incentivise disabled people to work was “deeply flawed and, frankly, quite offensive”.

She said that disabled people in the WRAG faced “multiple costly barriers in finding work and in just living from day to day”, including managing their conditions and getting to work and staying in work, such as inaccessible transport, offices and information systems, and employers’ attitudes.

She said the government should not be asking peers to vote for such a measure until it had published its planned white paper on employment support for disabled people later this year.

She said: “It is nonsense to make such drastic changes to the financial support received by disabled people in the WRAG before the House knows what a reformed employment and support system will look like in the future.

“The government are asking us today to take a massive leap of faith in their future policy intentions. This is a huge gamble with people’s lives and survival, and I am not prepared to take it.”

She said: “It almost feels as if we are putting the blame on disabled people, trying to fix them and not understanding the barriers that they face getting into work.

The Lords had previously thrown out the WRAG measure – again through a Lord Low amendment to the bill – but Tory MPs reinstated it into the bill last week.

Welfare reform minister Lord Freud had attempted to win over peers by offering concessions that would see an extra £15 million for support for WRAG claimants from jobcentres, and removing the 52-week limit on how long WRAG claimants can carry out up to 16 hours of “permitted work” a week while still claiming ESA.

Last week, Disability News Service reported that the government was likely to face legal action if it pushed ahead with the WRAG cut.

Disabled People Against Cuts has taken advice from a barrister, and has been told that a legal challenge – arguing that the group of disabled people affected would be discriminated against under the Equality Act – has a good chance of success, but could only be taken once the cut had been implemented.

*Last night, MPs threw out Lord Low’s amendment, by 309 to 274 votes. It will return to the Lords but it is likely that peers will now be forced to admit defeat and allow the WRAG cut to go ahead