You are here: Home / Human Rights / Disabled people must ‘take initiative’ in fight to keep rights after Brexit 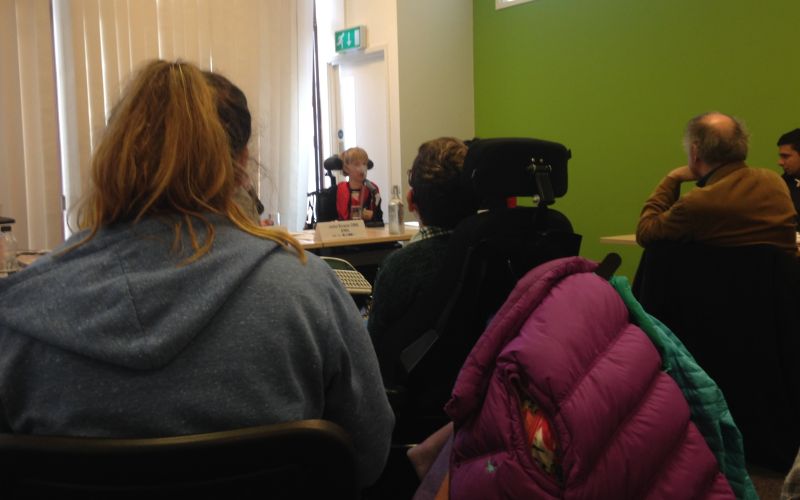 Disabled people and their organisations must “take the initiative” and fight to keep the laws that protect their rights as the UK heads towards Brexit, campaigners have been told.

The call came at a workshop in London organised by two of Europe’s leading organisations of disabled people, part of a project* to provide information on how the final deal between the European Union (EU) and the UK government might impact on the rights of UK citizens.

John Evans, one of the founders of both the UK’s independent living movement and the European Network on Independent Living (ENIL), which helped organise this week’s meeting alongside the European Disability Forum, said his message for disabled people and DPOs was: “If you don’t take the initiative, I don’t think anybody else will.”

The disabled crossbench peer Baroness [Jane] Campbell told the workshop (pictured) that she and fellow peers were having to be “highly proactive” because the government had made it clear that it wants “as little interference as possible” from parliament in the Brexit process.

She said peers would have to act as a “vigilant watchdog” during the Brexit negotiations and the legislation that follows it, for example by preventing too much secondary legislation that “bypasses proper parliamentary scrutiny”.

And she said that disabled people needed to ensure their messages “get to the ears of the people charged with developing this legislation”.

Baroness Campbell said it was “very important” for “people like myself” in the Lords to secure places on the key committees that will scrutinise the various pieces of Brexit legislation.

She told the workshop that she will be “attempting to ensure the UK maintains a very high standard of independent living throughout the process; trying to safeguard what we have achieved”.

She said that “maintaining that baseline and articulating that vision for the future is going to be really important”, so disabled people and their DPOs must ensure they have a relationship with parliamentarians, ministers and civil servants.

Baroness Campbell said she needed to be “backed up by other parliamentarian voices in both Houses [of Parliament].

“This is where disabled people have a crucial role. It is absolutely vital that we inform government and those involved in the Brexit parliamentary process.

“You have got to help parliamentary colleagues to understand and provide hard data on why it would be an absolute catastrophe to ignore all disabled people have achieved in progressing independent living in the EU.

“We have gained so much that we absolutely must not lose.”

Evans said he had “considerable concerns” about the impact of Brexit, and believed that disabled people were “fighting for the very survival of what we have achieved over the last 30 years”.

He said: “There is progressive EU legislation that protects and strengthens our human rights that could be lost.”

He said Brexit could threaten independent living by leading to more austerity measures; providing fewer opportunities to work, travel and study in the EU; restricting disabled people’s freedom of movement; and causing them to lose the right to employ personal assistants (PAs) from the EU.

Evans said he has employed PAs from 12 different EU member states over the last 33 years and he feared not being able to recruit replacements from the UK if it was no longer possible to do so from the EU.

Professor Anna Lawson, head of the Centre for Disability Studies and the new Disability Law Hub at the University of Leeds, said there was a risk that disability rights would be “swept away by the great repeal bill (GRB)”, the main piece of legislation that will repeal the legislation that ties the UK to the EU and incorporates EU law into domestic law.

Although the government has promised that the protections currently provided under EU law will be matched by the GRB, she said, the government can start amending and repealing some of those laws after the bill becomes law.

She also warned that some “really important disability rights” provided under EU law – such as the legislation that guarantees assistance to disabled passengers on ships and planes – are not included in UK legislation, so it was important that they “do not get lost” in the Brexit process.

Other rights that have come from EU law are included in UK law as secondary legislation, which means they can be changed without parliamentary approval.

She said: “We should be careful to try and make sure that any important rights that are in secondary legislation either get turned into primary law… or that there is some mechanism attached to make sure parliament has to be involved in repealing them.

“We want to make sure that once the great repeal bill has passed, the government doesn’t just repeal the rights we have enjoyed from EU law and therefore go backwards in disability rights.”

She said there were ways in which rights could be further embedded in UK law post-Brexit, such as by giving greater weight to the UN disability convention in UK law; ensuring all future legislation is checked for its equality impact before its introduction; and embedding strong human rights clauses in post-Brexit trade agreements.

*The Brexit Takeaways project is organising events in London, Northern Ireland, Gibraltar and Belgium to provide information on how the different options for a Brexit deal could impact on people’s rights. The project is led by the European Citizen Action Service, New Europeans, the European Disability Forum and the EU Rights Clinic 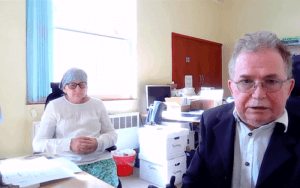