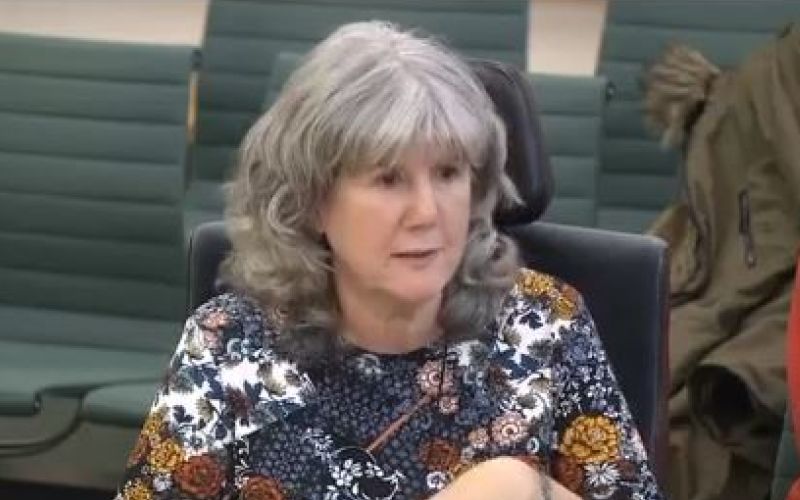 Disabled people will only be protected from online abuse when they have “equal and fair” hate crime laws, a leading disabled campaigner has told MPs.

Anne Novis, chair of Inclusion London, told the Commons petitions committee that the abuse targeted at disabled people online was “just an echo” of what they experienced on the streets.

And she said that the law fails to protect them in both cases.

She was speaking to the committee as part of its investigation into online abuse of disabled people, which was launched following a petition set up by former model Katie Price which was signed by more than 220,000 people.

Price’s petition called on the government to create a new criminal offence covering online abuse, and to set up a register of offenders.

She set up the petition following years of disablist and racist abuse targeted at her teenage son, Harvey, who met members of the committee before the evidence session.

But Novis (pictured), who is an adviser on hate crime to the Metropolitan police, the Crown Prosecution Service and British Transport Police, said she did not want to see a separate offence for online abuse or the creation of a register of online offenders.

There is currently no stand-alone offence of disability hate crime, as there is with race hate crime, she said, and disabled people are excluded from offences that protect other groups from the incitement of hatred against them.

This means disabled people are not protected from posts on social media that would be breaking the law if they targeted people on the basis of their ethnicity.

Novis told the committee: “We desperately need government to take on board that we need an equal and fair hate crime law.”

She added: “We know that none of these people will get prosecuted unless they lay hands on us, then they can be arrested for violence and get an aggravated sentence because it’s hate crime.

She warned that online stalking of disabled people can, and has, led to crimes of serious violence, including torture and even murder.

Novis told the committee: “We need that justice and we need you to take it very seriously and understand that people feel they have permission to be horrible to disabled people.”

She said many people had “jumped on the bandwagon of welfare reform and the rhetoric around scroungers”.

She said: “It’s normal for me to be called a scrounger and assume that I don’t work.

“I have an MBE for my efforts but it’s assumed I don’t do anything, that I’m a waste of space, and a burden on society, and the man and the woman on the street, and online, picks up those messages and distorts them.”

Novis said she had never had a successful response to reporting online abuse to social media providers.

Price, whose mother also gave evidence about the abuse, had told the committee that the problems faced by her son had grown “worse and worse” over the last few years, with online abuse targeting his skin colour, his size and his impairments.

Although two of those responsible were eventually arrested and questioned by police, they never faced court proceedings because there were no appropriate offences to charge them with.

She said her son was seen as “an easy target” and she added: “At least I have a voice to speak. People who mock Harvey, they know he hasn’t got a voice back.”

Among those who have targeted her son are the comedian Frankie Boyle, who once joked on Channel Four that Harvey was going to rape her.

She said: “Frankie Boyle, the disgusting things he said, he said that Harvey was going to rape me.

“I complained to Channel Four because they were advertising for the Paralympics and then after the ad break they would have Frankie Boyle on talking about Harvey raping me.”

She said that neither Boyle nor Channel Four had apologised.

Amy Clarke, a digital assistant for the charity Mencap, also gave evidence to the committee.

She said that online abuse “affects people a lot” and she called for stronger laws.

She described how she had joined an online Dr Who forum but had to leave it because someone called her “nasty names, such as retard”.

She said: “It was aggressive, and I felt very shocked. It made me leave the forum and I reported the person.”

She said that police need “to take it seriously. Believing people is really important and not seeing the disability, see the person.”

Clarke said there should be “a big button to report abuse online”, which should be “accessible and easy to use”.

She said it would also be useful to be able to have a live online chat with a member of staff from the social media provider to make it easier to report abuse.

Helen Jones, chair of the committee, said after the evidence session: “What Katie and her family have experienced is extreme and shocking, and other families of people with disabilities can tell similar stories.

“Many people suffer online abuse, but the evidence today shows the government must not ignore the particular needs of disabled people in drawing up plans to tackle it.

“We will be hearing from more disabled people, their families and other experts as the inquiry continues.”

The committee is likely to produce a report on its investigation, and demand a government response, before holding a Commons debate on the issue.