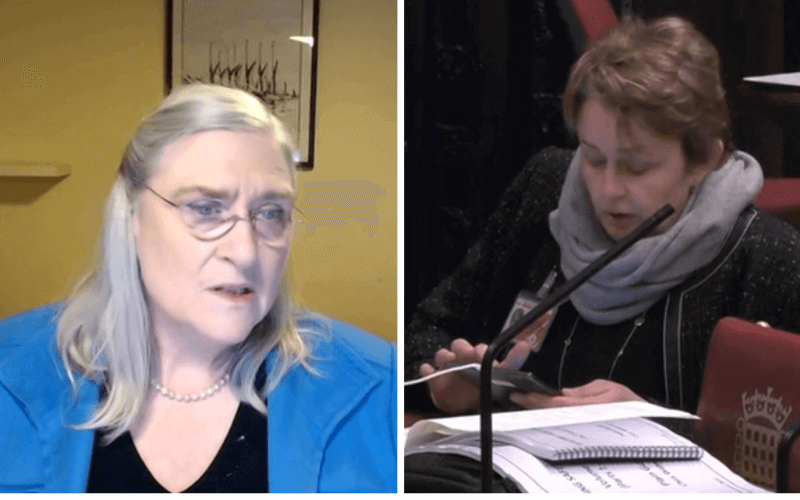 Two disabled peers have warned the government that disabled people living in high-rise flats will again be forgotten – five years on from the Grenfell disaster – if its building safety bill fails to make their need for protection explicitly clear.

Baroness [Tanni] Grey-Thompson and Baroness [Sal] Brinton proposed a series of amendments that would have added to the bill explicit references to the need to protect disabled people living in high-rise blocks of flats and other “higher-risk” buildings.

They both spoke out on Monday during the bill’s committee stage in the House of Lords, just days after disabled campaigners launched a legal action over the government’s decision to award a fire safety contract to consultants who have repeatedly argued against introducing written evacuation plans for disabled residents of tower blocks.

Claddag, a leaseholder action group led by disabled people, is seeking a judicial review of the home secretary’s decision to award the £210,400 contract to C S Todd & Associates (CSTA).

In 2011, CSTA was responsible for drafting and editing a fire safety guide for the Local Government Association (LGA)* that stated that it was “usually unrealistic” to expect landlords to put in place arrangements for disabled people to evacuate blocks of flats in case of an emergency.

Six years later, with the guidance and advice still in place, 72 people lost their lives in the Grenfell Tower disaster, including many disabled residents.

None of the disabled residents had evacuation plans in place, with a single staircase the sole means of escape in the event of an evacuation.

Although their suggested amendments to the building safety bill were eventually withdrawn, Baroness Grey-Thompson promised to return at the next stage of the bill with amendments that focused on “ensuring that we have protection for disabled people”, which she said peers will be asked to vote on.

The crossbench peer told fellow peers on Monday: “If they are not specifically mentioned, disabled people will be forgotten, however good the intention right now may be.”

Baroness Brinton, former president of the Liberal Democrats, said it was “vital that the specific needs of disabled people are taken into account in the bill”.

She also said that many disabled people were “very concerned” at the award of the contract to CSTA.

She said: “This organisation was responsible for drafting and editing a fire safety guide for the LGA that said it was ‘usually unrealistic’ to expect landlords to put arrangements in place for disabled people to evacuate blocks of flats in the event of an emergency.

“That is an interesting turn of phrase, because, as we know, there were a lot of disabled people in Grenfell and flats are increasingly being built, so evacuation for disabled people is vital.”

She said: “The fire service has recognised that the ‘stay put’ advice for residents in high rise blocks must be changed, but there is no evidence from either the government or from C S Todd & Associates that things have changed.

“In fact, a further set of advice has been published by Colin Todd on behalf of BSI that repeated this same arrangement.”

Baroness Grey-Thompson said that she starts to think about how she would be able to escape whenever she enters a building.

She described how she was once stuck in an office building when a fire alarm sounded – which was not a drill – and found herself discussing with another wheelchair-user which one of them had the greater need for the sole evacuation chair.

She allowed the other wheelchair-user to use the evacuation chair and descended five flights of stairs in her wheelchair, which – as a former professional athlete – she can do if she has a handrail to hold onto.

She told fellow peers that the evacuation solutions non-disabled people come up with for disabled people “are very much based on the medical model, rather than the social model, of disability and do not take into account a disabled person’s reality or life”.

Baroness Grey-Thompson said someone once suggested to her that “it would be far easier if disabled people had a curfew so that they went home at night and we knew where they were”.

She also dismissed the idea of “tagging” disabled people electronically so as to check if they are in a building if there is a fire, a suggestion put forward by Colin Todd, CSTA’s managing director, in an article published this month.

She said: “We need to be more forward-thinking and, in essence, we need to future-proof the decisions we take.”

Baroness Hayman, a Labour housing and local government spokesperson in the Lords, said the bill left “a range of fire safety issues unresolved, from the lack of a national strategy as to how to evacuate high-rise buildings to the absence of a requirement to plan for the escape of disabled residents”.

Lord Greenhalgh, the fire minister, did not accept their amendments but assured the two disabled peers that “where the bill refers to residents, this includes residents with disabilities”.

He said: “The government and the Health and Safety Executive are committed to providing residents with diverse backgrounds and lived experiences, including disabled residents, with a strong voice in the new regulatory system.

“The Health and Safety Executive is actively seeking representation of the disabled community on its statutory residents’ panel and is committed to working with and seeking the views of organisations that represent disabled interests.

“I engaged extensively with Claddag; I think it is a fantastic group that we need to continue to learn from.”

He also confirmed that the government’s response to its consultation on proposals to force owners and managers of high-rise residential buildings to prepare personal emergency evacuation plans (PEEPs) for all residents who may find it difficult to “self-evacuate” – a recommendation made by the Grenfell Tower Inquiry – would be published within weeks.

*At the time of its publication, the organisation was known as the Local Government Group 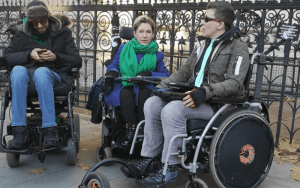