You are here: Home / Arts, Culture and Sport / Disabled talent calls on film industry to act now on disability 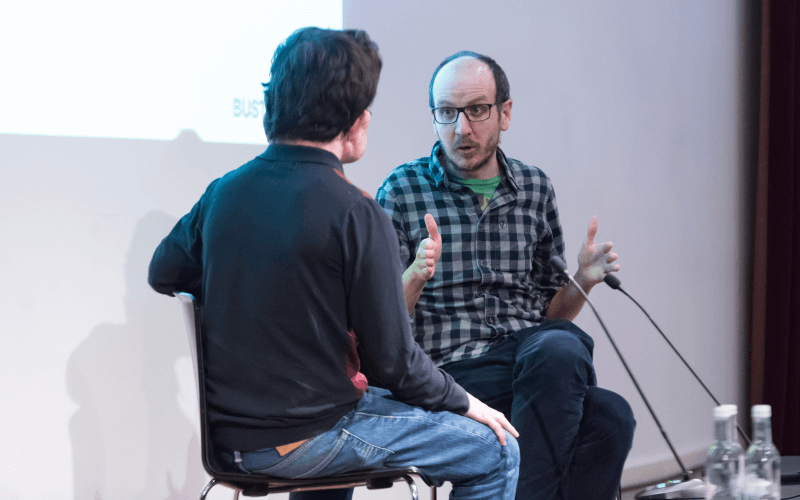 Leading actors and writers have called on the film-making industry to move far more quickly to improve access and opportunities for disabled talent.

Among those calling for change was disabled BAFTA-winning screenwriter Jack Thorne, who said the pace of change within the industry was slower than with other areas of diversity.

Another was disabled actor and activist Adam Pearson, who said the cultural climate had “boiled down the issue of diversity to just BAME and gender”.

They were speaking this week at the British Film Institute’s (BFI) Busting the Bias forum, which aims to break down the barriers facing disabled people in the film and television industries.

BFI announced at the event, on London’s South Bank, that it would support the industry with new guidance on improving the representation of disabled people on screen.

It also pledged to develop partnerships with disabled filmmakers; work with the industry to improve access on film and television sets; and support the call for fair pay for disabled talent.

And it restated its position on “cripping up” – the practice of non-disabled actors playing disabled characters – stating that it will “seek to avoid this practice on all the productions it funds”.

Thorne, whose writing credits include His Dark Materials, Cast Offs, Skins and The Aeronauts, told the forum: “I’ve seen change happening – in the faces and the stories you see on TV as a result of pressure from the broadcasters and commissioners – but this is not happening in terms of disability as the same pressure isn’t there.

“There is also a lot of fear of making mistakes and an enormous amount of ignorance, so addressing the issue is avoided.”

Pearson (pictured, left, in conversation with Thorne at the forum) added: “As our industry continues to evolve, the diversity landscape will evolve to keep pace.

“The more diverse voices that shape that evolution, the better our industry will be for it.

“Disabled creatives don’t want a hand out, we want a hand up – that is the nature of equality.”

Andrew Miller, chair of BFI’s disability advisory board and the government’s disability sector champion for arts and culture, compared the battle to secure change in the industry around disability with the discussions around gender and BAME actors at the BAFTAs and Oscars.

He said: “We view the debate on gender and people of colour with full solidarity, but also with envy, because at least there is a debate, which the disabled community are completely absent from. This must change.”

Disabled actor, writer and director David Proud also spoke out this week, although he was not at the forum.

He praised BFI for taking a stand on the “outdated” practice of cripping up.

He said that an outright ban on cripping up would be “counter-productive”, but he said: “Cripping up historically was used because there was no talent; we now have an abundance of talent, let’s celebrate that.

“The BFI has set the bar, I’d love to see others commit to the same.”

It came as disabled actor Liz Carr told the BBC Ouch podcast that she was to appear in her first Hollywood film, Infinite, alongside Mark Wahlberg and Chiwetel Ejiofor, which will be released this summer.

Carr, who has played forensic examiner Clarissa Mullery in Silent Witness since 2012, left the BBC drama this week at the end of its latest series.

She told Ouch: “It’s a great role. I’m ecstatic. I thought, ‘I bet they’re just going to audition wheelchair-users and then they’re going to give the role to Tom Cruise.’”

She said she believed that playing a major character in a successful BBC drama convinced the casting team that she had the experience for the role.

She said she hoped her success would encourage TV and film-makers to give opportunities to other disabled actors, adding: “Unless you can show how good you are, people aren’t going to see what amazing talent is out there.”