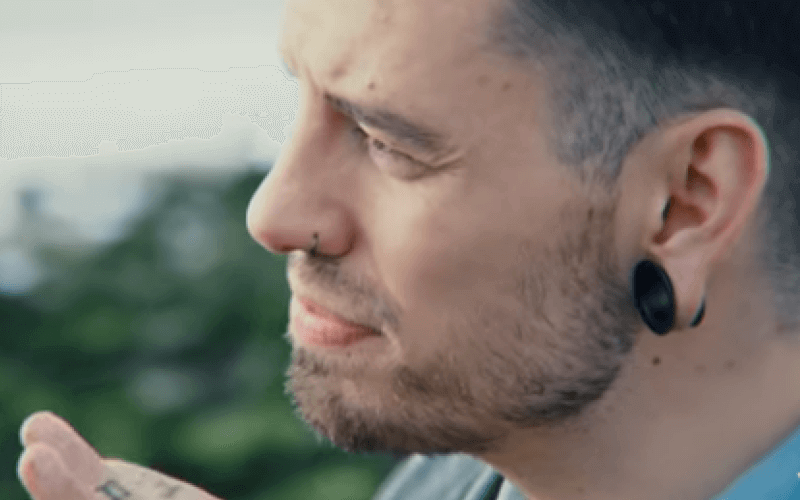 DNS has heard this week from three women with mental distress who were each harassed by Aiden Hatfield, who himself claimed he had depression and spoke frequently of how he donated half of the profits of his clothing company to the mental health charity Mind.

The allegations against Hatfield (pictured) were first aired on the social media platform Twitter.

At least three other women also posted on Twitter this week about how Hatfield – who had 100,000 followers on Twitter before he closed his account in the wake of the allegations – harassed them and sent them naked pictures of himself through private social media messages.

Two of the women DNS has been in touch with have described how they have now been approached by other women with experience of mental distress who were also sent unsolicited sexual pictures by Hatfield.

One said she had spoken to about 20 other women, some through Twitter and some through another social media platform, Instagram, who said they had experienced similar abuse.

The other said she had spoken to seven women who had been targeted by Hatfield.

One of the women, herself a sexual abuse survivor, told DNS that Hatfield was a “sexual predator” and that he had also requested pictures of her.

She said: “I think it’s really important that people know they are not alone.

“He made me think that I was just being paranoid and that he’d helped hundreds of woman with their confidence etc and that him requesting pics was a normal process, to the point we started to doubt ourselves.

“But as he had 100k subscribers we just blamed ourselves.

“Speaking out we’ve gained so much support, we’ve made contact now with a lot of other women who’ve experienced exactly the same as us.

“So we know now it’s not our fault… Just knowing that has eased our self blame and guilt.”

She said she had been approached this week by about 20 women on Twitter and Instagram with similar experiences of Hatfield, and some of them described how he used similar approaches, and then described them as “paranoid” when they refused to send him pictures back.

Several women have also told her how Hatfield managed to obtain their addresses by pretending they had won clothing in a competition they had not entered.

Another of the women targeted by Hatfield told DNS that it had been “traumatic” to speak out publicly and that she had received hate messages from Hatfield’s supporters after she had done so.

She has since heard from seven other women who have also been sent unsolicited sexual pictures by Hatfield.

She originally spoke out about the abuse two years ago, without naming Hatfield, after he set her naked pictures when she messaged him to ask for support with her mental health.

When she challenged him later, she says he was “completely unapologetic”.

A third woman, who was sent an unsolicited sexual picture by Hatfield last year, and spoke about it publicly on Twitter this week, told DNS: “The thing that stings the most is the fact he prayed on the vulnerable in a way that nobody would have seen coming.

“When people are suffering and need help, sometimes they crave help from others in a similar situation. I’ve done the same.”

She added: “It’s upsetting to think people were at their lowest and he was using them.”

Hatfield positioned himself as someone with experience of mental distress who wanted to support and empower others, and bragged on platforms like Twitter of how he donated half of the profits of his music-themed clothing brand In Music We Trust to Mind.

Articles have described him as a “passionate mental health advocate”, while Hatfield told his local newspaper, the Yorkshire Evening Post, two years ago that he spent hours every day on social media “responding to messages and encouraging people to talk about mental health and to seek support”.

There are serious questions this week over how Hatfield managed to continue his abuse for so long, particularly as at least two women tried to raise the alarm on social media last year, but were met with a “barrage of abuse” from his fans.

Donna Jones, a psychotherapist and founder of The Positive Mindset Company, said the two women had been forced to leave Twitter by the reaction from Hatfield’s followers.

But Jones said she had believed their allegations and unfollowed him.

She told DNS: “What he has done is awful and will have effected so many people’s trust and belief in others.”

She said she was sad that people were still being “dismissed and ridiculed” when they tried to raise the alarm in such cases, despite notorious historical cases where allegations of abuse have been ignored.

Mind said this week that, in the wake of the “serious allegations”, it had “paused” an agreement with Hatfield that had allowed him to use the “in aid of Mind” logo on his clothing brand.

He has previously been a member of various rock bands but more recently embarked on a solo career, releasing a recording on his own music label.

West Yorkshire Police (WYP) is believed to have been asked this week to investigate allegations against Hatfield.

But a WYP spokesperson refused to confirm that it had been contacted or was investigating Hatfield and said the force press office does not comment on “named individuals” unless they have been charged with a crime.

A Mind spokesperson said it had been made aware of the allegations via social media and direct complaints.

She said: “We rely heavily on the generosity of individuals, companies and other organisations and we are enormously grateful to everyone who donates their money, time, creativity, profile or profits to help us support people with mental health problems.

“Given the circumstances, however, and in particular the more formal nature of the partnership agreement we have signed, we have decided to pause the agreement with In Music We Trust.

“We note that the website and associated social media profiles are currently unavailable, but we have in any case written to In Music We Trust to ask that our logo is not used in any future promotion without permission, which we won’t give unless the situation is resolved.”

She added: “We are really concerned about the impact that this situation is having on the mental health of all those involved.

“We want anyone who has been affected by this situation or the issues raised to seek support, either through the advice and information provided on our website or our Infoline – 0330 123 3393.”

A spokesperson for Twitter said it had “clear rules in place to address threats of non-consensual nudity” and had “heavily invested in technology and tools to enforce our policy in this area”.

She said: “We take enforcement action when we identify accounts that violate these rules.

“We also have a series of tools, built into our product, to help keep people safe and give them control over what they see and who they interact with.”

*The following organisations are among those that could be able to offer support if you have been affected by the issues raised in this article: Victim Support, Samaritans, Papyrus, Mind and Rethink