You are here: Home / Benefits and Poverty / Disgraced PIP assessor escapes being struck off 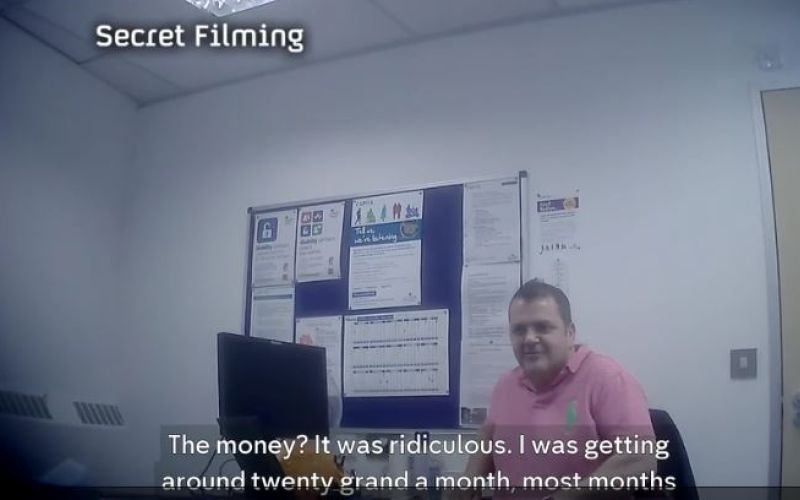 A disgraced former disability assessor and paramedic has avoided being struck off, despite a tribunal concluding that he made offensive remarks about disabled benefit claimants.

Alan Barham was sacked by the government outsourcing giant Capita last year after being exposed by an undercover reporter working for Channel 4’s Dispatches.

He later contacted Disability News Service (DNS) to protest about the way he had been treated, claiming he had been made a “scapegoat” by Capita.

Barham told DNS earlier this year that nearly everything he was caught saying by Dispatches was standard practice, and was therefore “driven by Capita”.

But the Health and Care Professions Tribunal Service this week found four allegations against him – relating to comments he made to the undercover reporter – were “proved” and that he was therefore guilty of misconduct and his fitness to practise as a paramedic was “impaired”.

Despite those findings, the tribunal did not strike him off but instead handed him a five-year caution order, which will mean that the word “caution” will appear next to his name on the Health and Care Professions Council website for the next five years.

The tribunal heard he had been working for Capita as a PIP assessor for two years when he was filmed by Dispatches (pictured).

The four allegations found proved by the tribunal panel were that Barham had boasted of finishing one assessment report before a claimant had even arrived for their PIP assessment; that he told the undercover reporter that it was usually “informal observations” of how claimants behave during the assessment that assessors “catch them out on”; that he had said that assessors can usually “completely dismiss” everything they are told by a PIP claimant; and that he had made an offensive comment about a claimant’s weight.

Two other allegations – relating to taking pictures on his mobile phone of the cover pages of assessment reports, to ensure he was paid for the work he had done – were found “not proved” because there was no proof he had breached the confidentiality of PIP claimants.

In evidence to the tribunal this week, Barham admitted that the comments he had made were “disgraceful, aggressive and nasty”, and that he had been “embarrassed and ashamed to see himself in the footage”.

The tribunal found he had “demonstrated genuine and heartfelt remorse for his actions” and that he had had an “otherwise unblemished career”.

Although the panel said it was “paramount that the public is able to trust the integrity of the PIP assessment process” and that claimants need to have confidence that assessors “carry out the PIP assessments in a fair and sensitive manner”, they concluded that a caution was a suitable sanction because Barham’s behaviour had been “a lapse which was both isolated and limited”.

But the husband of one of the PIP claimants Barham assessed was furious at the panel’s decision not to strike him off.

As a result of Barham’s face-to-face assessment of her, a month before the documentary was screened, Jacqueline Nicholls had been found ineligible for PIP.

It was only after the documentary was aired and the Department for Work and Pensions agreed that she could be reassessed that she was granted the enhanced rate for both the daily living and mobility components of PIP.

Capita upheld a complaint lodged by Jacqueline and her husband David that Barham had made inaccurate assumptions about the impact of her brain injury and had even lied in his report.

Barham later insisted to DNS that his assessment had been correct, according to Capita procedures.

These allegations – and those concerning another PIP assessment he carried out – were not heard this week by the tribunal panel because HCPC had decided earlier this year that they were not serious enough to merit findings of misconduct or lack of competence.

On hearing of the result of his hearing this week, David Nicholls told DNS the punishment Barham had received was “totally unbelievable” and that he should have been struck off.

He said: “When I found out that he was not struck off I could not believe it after all the misery he has caused, supported by agencies like Capita that have no care for what they are charged to do.

“There is something very wrong with the system that allows people like this to get away with such things.”

Barham was approached by DNS following this week’s hearing but had not commented by noon today (Thursday). 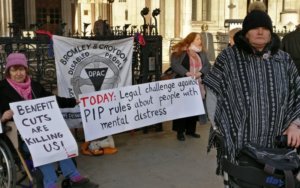