You are here: Home / Benefits and Poverty / Doctors’ union finally agrees to spread the word on ‘life-saving’ WCA rules 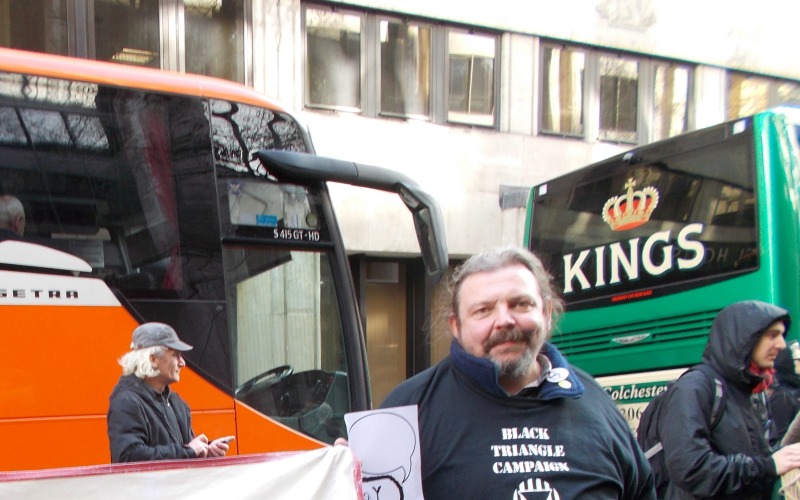 The doctors’ union has finally agreed to tell every GP in the country about two regulations that campaigners believe could protect disabled people facing the controversial “fitness for work” test.

Activists have been trying since August 2012 to persuade the British Medical Association (BMA) to inform GPs about the regulations, part of the rules that shape the work capability assessment (WCA) which tests eligibility for employment and support allowance (ESA).

The grassroots, user-led group Black Triangle (BT) believes that many GPs are still not aware of the regulations.

The rules state that a claimant should not be found fit for work (regulation 29), or placed in the ESA work-related activity group (regulation 35), if such a decision would pose “a substantial risk” to their “mental or physical health”.

The assessment has caused mounting anger among activists and disabled benefit claimants since its introduction in 2008, because of links with relapses, episodes of self-harm, and even suicides and other deaths, among those who have been assessed.

Now the BMA has told Disability News Service (DNS) that it will finally be notifying its members about the two regulations by including the information in newsletters published by its general practitioners committee – which represents all NHS GPs in the UK – and the committee’s chair.

Last week, DNS reported that the BMA had refused to meet Labour MPs and members of Black Triangle and Disabled People Against Cuts because the unions said it was “not an area that we have done much work on recently”.

But this week, Dr Mark Porter, chair of the BMA council, said: “The BMA position remains that the work capability assessment process should be scrapped with immediate effect and replaced with a rigorous and safe system that does not cause avoidable harm to the weakest and most vulnerable people in society.

“The BMA has consistently lobbied politicians on this issue in the past few years and will continue to do so.

“We will ensure that our members are informed about the current regulations around work capability assessments, so as to help patients get the best outcome for their needs.”

John McArdle (pictured), co-founder of Black Triangle, said the BMA had taken “a hell of a long time” to agree to inform GPs about the two regulations.

But he said such a move was “better late than never”, although he wanted to see the detail of the information BMA planned to send out, to check that it was “sound and unambiguous”.

There have been strong signs that Black Triangle’s campaign to raise awareness of the regulations has been successful, even before the BMA statement was issued.

Paul Litchfield, the government’s independent reviewer of the WCA, concluded last November that regulation 35 appeared to be “the main driver” for a sharp rise in the proportion of new claimants being placed in the ESA support group.

The latest ESA figures show the proportion of completed assessments after which the claimant was placed in the support group – for those who do not need to carry out any work-related activity – rose from 12 per cent to 65 per cent between the first quarter of 2010-11 and the second quarter of 2014-15.

Doctors at the BMA’s annual representative meeting in 2012 were almost unanimous in voting for the organisation to “demand” that the WCA should end completely.

The BMA was subsequently heavily criticised for failing to do anything “meaningful” to push for the WCA to be scrapped.

Meanwhile, the controversial US outsourcing giant which took over provision of the WCA this month from Atos, has now succeeded in its bid to take over Remploy.

The new business will still be known as Remploy and will transfer from the government to Maximus early next month, with Remploy employees owning 30 per cent of the business, which will focus on finding jobs for disabled people in mainstream employment.

Maximus has a lengthy record of discrimination, incompetence and alleged fraud in the US, and has also been linked with allegations of exploitation and manipulation of government contracts within the Australian welfare-to-work industry.

But thanks to the Remploy takeover and other successful bids, Maximus now has a string of DWP contracts, in addition to providing the WCA.

It is one of the main Work Programme providers, and last year was awarded a contract to run the government’s new Fit for Work service.

Thanks to the Remploy deal, Maximus will now provide mental health support in the workplace under the Access to Work scheme, and will help disabled people into jobs through the Work Choice programme.