You are here: Home / Benefits and Poverty / DWP secrecy over benefit-related suicides 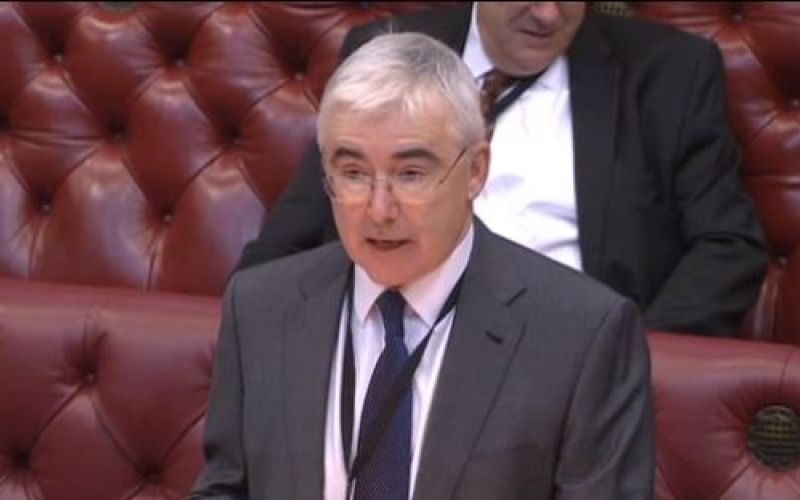 Civil servants have refused to release information that would show how many secret reviews the Department for Work and Pensions (DWP) has carried out into benefit-related suicides in the last 15 months.

The refusal emerged in a response to a freedom of information (FoI) request that revealed there have been a further nine “peer reviews” into benefit-related deaths completed by DWP since November 2014.

Disability News Service (DNS) had asked DWP to update the figures it released 15 months ago, which showed there had been 49 reviews into benefit-related deaths since February 2012, of which 40 had involved suicides or attempted suicides.

But DWP civil servants refused to say how many of the latest nine cases involved suicides.

The refusal to release the information came as the welfare reform minister, Lord Freud, refused to monitor the number of claimants who take their own lives as a result of the £30-a-week cut for new claimants placed in the work-related activity group of employment and support allowance from April 2017.

As peers finally admitted defeat in their attempts to throw out the proposed cut from the welfare reform and work bill, the crossbench peer Baroness Meacher told Lord Freud: “I am certain that there will be people who cannot face the debts and the loss of their homes and who will take their lives.

“If the monitoring shows what I believe this cut will do, will he assure the House that he will seriously consider reviewing this action?”

But Lord Freud (pictured during the debate) made it clear that there would be no such monitoring.

He said: “Suicide is always a tragedy and a lot of different reasons are always involved. We look at a number of suicides but on a private basis, as a lot of the information cannot be shared, so that is not a useful approach.”

When Baroness Meacher questioned why DWP would not publish monitoring information if the WRAG cut led to a rise in suicides, Lord Freud claimed that government analysis “makes it absolutely clear that you cannot make these causal links between the likelihood of dying – however you die – and the fact that someone is claiming benefit”.

A spokeswoman for Disabled People Against Cuts (DPAC) said DWP’s lack of transparency on the impact of welfare reform and cuts, particularly on suicides, was “a real concern”, as expressed by Baroness Meacher.

She said: “DWP’s refusal to answer questions about claimants’ death or suicide demonstrate the lack of accountability of the department.”

But she also said that the number of peer reviews was “not an accurate picture of the number of suicides or deaths”, as DWP was failing to “proactively” monitor such cases but only appeared to “react to family or press concerns”.

John McArdle, co-founder of Black Triangle, said: “Ministers have a duty of care to ensure their policies do not impact on people with mental health problems.

“Day by day, the Conservative party has shown itself to be a complete enemy of the open society and this is a case in point.

“It is making it impossible for us to hold a democratically-elected government to account.

“The only possible reason we can see for keeping the findings secret – and not anonymising them – is we believe if the truth was known there would be an absolute uproar.”

In its FoI response, DWP claims that to release the information about the number of suicides would breach section 123 of the Social Security Administration Act 1992 (SSAA), because “the manner of death is clearly information relating to a particular person which has been obtained by civil servants in the course of their duties and this, combined with the numbers involved, means DWP is unable to disclose the information requested”.

It is the same argument DWP has used to justify refusing to release any information at all from the peer reviews, a refusal it defended last week in an information rights tribunal appeal brought by DNS against DWP and the information commissioner.

SSAA states that a civil servant is guilty of a criminal offence by disclosing “without lawful authority any information which he acquired in the course of his employment and which relates to a particular person”.

DWP did admit in the FoI response that three of the nine new reviews had led to recommendations for improvements at local or national level.

Of the original 49 reviews, 33 contained recommendations for improvements in procedures at either national or local level within DWP.

DWP also said in this week’s FoI response that it had changed the name of its “peer reviews” to “internal process reviews” in order to “more clearly define the purpose of such reviews”.