You are here: Home / Employment / DWP to pay £500,000 to disabled civil servant it drove to suicide attempt 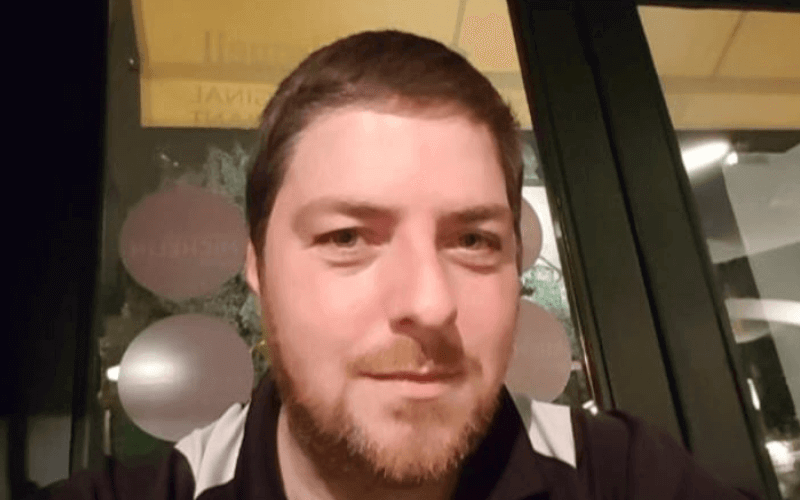 A disabled civil servant who was driven to try to take his own life by years of harassment, bullying and discrimination by the Department for Work and Pensions (DWP) will eventually receive more than £500,000 in compensation.

John Williamson (pictured), from Durham, will receive tens of thousands of pounds in compensation from DWP for the discrimination, following a successful legal claim.

But he has also been awarded a significant monthly payment under a Civil Service injury benefit scheme for three injuries to his mental health that were caused by the discrimination he experienced in the DWP workplace.

He had worked happily for DWP as a contract manager for nearly 20 years before he moved to a new job and the repeated failure of senior civil servants to make reasonable adjustments for his obsessive compulsive disorder (OCD) began to impact his mental health.

Those senior DWP staff eventually treated his OCD behaviours – such as a neck movement and repeated hand clenching – as a sign of aggression and lodged complaints about his conduct, later dismissing him for gross misconduct.

He was dismissed in 2019 even though his GP confirmed that those behaviours were triggered by anxiety.

He had tried to raise awareness about OCD and invisible impairments among DWP’s 90,000 staff by publishing a post on the department’s “I can be me in DWP” internal campaign website.

But after his words drew a significant response from other disabled staff – with some describing how they were bullied and harassed, and their treatment had left them feeling worthless or sitting in their car in tears before going to work in the morning – DWP removed his post.

His GP later wrote: “Work place events were the trigger for his symptoms and lead to Suicidal ideations and subsequent actions, John had the correct coping mechanisms and adequate strategies in place to remain in work but the events were too much and he was unable to manage.

“Failure to implement the requested reasonable adjustments has in fact contributed to the deterioration of his conditions and without any doubt has affected his ability to not only attend work but to manage his symptoms whilst there.

“John quite rightly feels let down by his employer and I support him in his court case.”

Williamson’s work involved managing multi-million-pound DWP contracts with private and public businesses, but it was only after he moved to a new position within DWP in September 2016 that the concerns began.

Although he had a history of mental distress, DWP’s own medical scheme adviser concluded that – on each of three occasions – his work-related stress and anxiety was between 50 and 70 per cent caused by DWP, with a “direct causative relationship” between the events at work and the impact on his mental distress.

Three periods in which he had to take time off work because of DWP’s workplace discrimination, which his bosses originally claimed were sickness absences – in 2017, 2018 and 2019 – were changed to “injury leave” after he complained.

He also successfully appealed twice for the levels of award to be increased under the Civil Service injury benefit scheme, with an appeal for the third award still pending.

Two written warnings he received for these absences were also removed from his work record.

This means that DWP will need to pay him a significant sum every month until his retirement age of 68 – of up to 70 per cent of his former salary as a higher executive officer – for the three injuries to his mental health that he received at work.

In addition to these awards, an out-of-court settlement has also been reached between Williamson and DWP, following conciliation with the workplace advice and conciliation service Acas, with DWP agreeing to pay him tens of thousands of pounds in compensation, although without admitting liability.

Williamson, who was 41 when he was dismissed, has calculated that DWP will eventually have paid him more than half a million pounds in compensation for the discrimination, and the awards for the workplace injuries, by the time he is 68.

Williamson, a fellow of the Chartered Management Institute, said: “People need to know that as well as customers being treated horribly, staff are treated much worse.

“They made me have a mental health breakdown and feel suicidal, yet did nothing.

“DWP is responsible for the Access to Work scheme and their failure to offer a similar service through adjustments at work was evidence of clear discrimination in the workplace.”

He added: “Most of the people in DWP who are treated like me give up, hence they never get anywhere with their concerns, and it is never highlighted how bad they treat staff as well as customers. Or they settle with a confidentiality clause.”

He told DNS that DWP’s treatment had left him with post-traumatic stress disorder, and had “completely ruined” his life, leaving him a “recluse” and unable to engage with people.

DWP runs the much-criticised Disability Confident disability employment campaign, which aims to encourage employers to “think differently about disability and take action to improve how they recruit, retain and develop disabled people”.

Five years ago, DWP was declared a Disability Confident “leader”, despite being found guilty of grave and systematic violations of the UN disability convention.

But the BBC’s Panorama programme revealed two years ago* that DWP had lost more disability discrimination cases at employment tribunal than any other employer in Britain between 2016 and 2019.