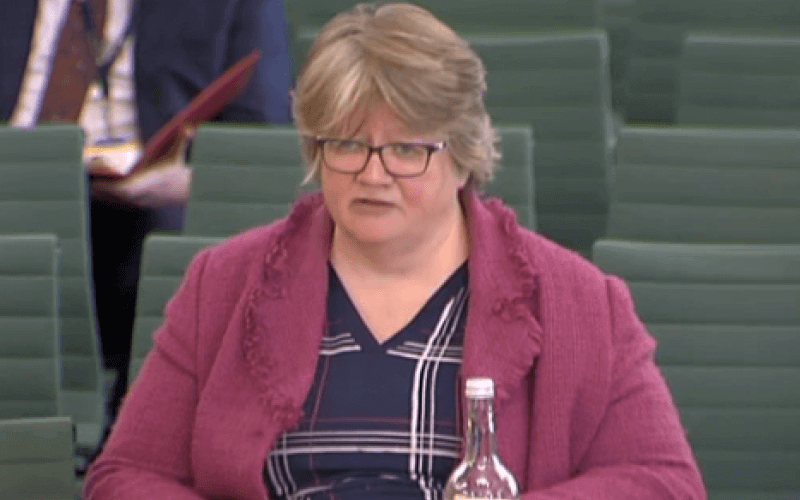 The Department for Work and Pensions (DWP) has been told its support for “vulnerable” benefit claimants is “inadequate” and must be re-examined, after a review found it failed a man with learning difficulties who was repeatedly exposed to family violence.

The safeguarding adults review highlighted how DWP staff failed to provide the necessary support to George*, a disabled man with learning difficulties from a troubled family background, who lived in fear of his younger brother Andrew* at their home in Lambeth, south London.

The lack of support from DWP and other agencies – and their lack of understanding of his inability to speak up for himself – eventually led to George having to be rescued from the family home by a neighbour in November 2019, after his brother set fire to the house and attacked him.

It is just the latest in a lengthy series of serious incidents linked to DWP failures, stretching back more than 10 years, many of which have led to the deaths of disabled claimants.

The review, commissioned by Lambeth Safeguarding Adults Board and published quietly by the council last summer, says the board “will need to be assured [by DWP] that the current process and interactions as demonstrated in this report are recognised as inadequate in providing the support needed to provide benefits to vulnerable adults”.

It also says that DWP will have to convince the board that it has an internal system to “flag and support vulnerable adults which is generated by its own staff” and does not rely on adult social services to raise concerns.

Although work and pensions secretary Therese Coffey (pictured) has stressed previously that she is trying to “accelerate” DWP’s work with council safeguarding teams and safeguarding boards, she has also insisted that it is local councils and health bodies that have a statutory duty of care to benefit claimants and not her department.

The Lambeth safeguarding review raises serious questions over whether Coffey and her department are continuing to fail in their duty to support claimants in vulnerable situations.

It also raises new concerns over claims of a culture of contempt and inhumanity within DWP, which again have stretched back over many years.

The review describes how different agencies, including DWP, failed to understand the vulnerability of George’s situation, and how his needs were rarely at the forefront of their decision-making.

It also describes how DWP’s systems were “not appropriately adapted” to meet George’s needs, despite a Lambeth social services team “proactively pushing for information and solutions” to the problems he and his brother were facing in accessing benefits.

The review adds: “DWP were at times unable or unwilling to engage with both brothers and failed to understand the impact of a learning difficulty or disability on their ability to engage fully with the process of accessing benefits.”

The review describes how there had been multiple incidents of violence at the family home before Andrew was imprisoned for attacking their eldest brother Michael with a hammer in 2013.

Among those incidents, Andrew had stabbed George in the back in 2003 and attacked Michael’s hands with a hammer the following year.

The review says that Andrew had a history of violence and alcohol abuse and exercised “coercive control” over his two older brothers.

While he was in prison between 2013 and 2018, there were no police incidents at the home.

Their father, a violent alcoholic, had died suddenly at home, and their mother had died years later in 2016 after a period of neglect and self-neglect, while Michael died in February 2019, apparently due to alcohol-related health complications.

Both George and Andrew had been placed in Lambeth care homes as children and have been contacted by the REDRESS scheme, which was set up to pay compensation to people abused while in Lambeth council’s care as children.

George was unable to manage his own financial affairs and had been dependent for money on his mother, then his brother Michael, and finally his other brother Andrew.

It later emerged that George had been financially abused by Andrew, who had been using his benefit payments to buy alcohol and had not been buying him food, but it was only after the arson incident that George finally admitted that he was scared of Andrew and always had been.

Andrew has now been returned to prison for breaching his licence, while George has been successfully placed in a Shared Lives scheme and is said to be “making progress”.

The safeguarding review also makes a series of recommendations for other agencies, including Lambeth’s adult social care department, local health services, the Metropolitan police, and the probation service.

It concludes that the whole family had been subject to repeated interventions from various agencies but that no “history or context was explored in sufficient detail”, including how those interventions impacted on George.

Much of what was said to agencies by the family was “accepted at face value and not professionally verified”, while George was often in Andrew’s presence when agreeing to decisions affecting his life and was never offered confidential advocacy.

All the agencies, including DWP, “displayed a general lack of understanding of how George’s learning difficulties impacted on his ability to self-advocate which contributed significantly to his vulnerability to abuse”, the review says.

And referral systems used by the agencies “relied on reading materials, IT access, attending unfamiliar venues and admitting strangers to the house when it was clear that George’s literacy and numeracy skills and his comprehension of multiple issues was poor”.

A DWP spokesperson declined to comment on the review’s recommendations.

But he said in a statement: “We support millions of people every year.

“Our priority is they get the benefits to which they are entitled as soon as possible, and to ensure they receive a supportive and compassionate service.

“This is what happens in the vast majority of cases, but when sadly this does not, we take it very seriously and in recent years have taken great steps to improve the support we give to our most vulnerable.”