You are here: Home / Benefits and Poverty / DWP U-turns on PIP mobility rules that were based on ‘unsupported opinions’ 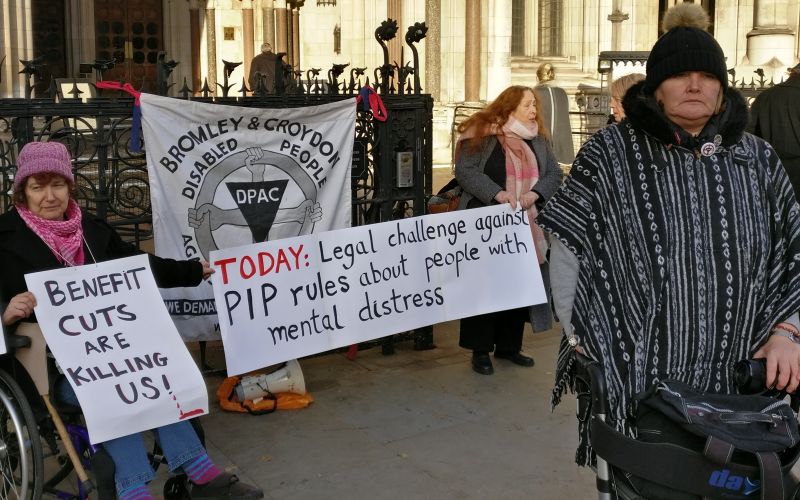 A government climbdown over new disability benefit rules that were found by the high court to be unlawful and “blatantly discriminatory” demonstrates its failure to base its policies on sound research and evidence, say disabled campaigners.

Esther McVey, the new work and pensions secretary, announced last Friday that she would not be appealing against the court’s finding, a decision that could mean that tens or even hundreds of thousands of disabled people will now be entitled to higher benefit payments.

Regulations that came into force last March had meant that people who are unable to plan or undertake a journey due to overwhelming psychological distress would receive fewer qualifying points when assessed for personal independence payment (PIP).

The new rules – which the government rushed through following an upper tribunal ruling which had found that such claimants should be entitled to those points – meant that many disabled people were entitled to a lower level of financial support for their mobility, and in many cases no mobility support at all.

But the high court ruled last month that the new rules were unlawful, “blatantly discriminatory”, and breached article 19 (on independent living) of the UN Convention on the Rights of Persons with Disabilities.

McVey’s decision means, she told MPs this week, that her Department for Work and Pensions (DWP) will now be contacting as many as 220,000 disabled people who could be entitled to backdated payments.

The legal case was supported from the beginning by the disabled people’s organisation Inclusion London through its Disability Justice Project.

Svetlana Kotova, co-ordinator of the project, said: “This case is a great example of how disabled people should work with lawyers to stand up to the government and fight the injustice we experience.”

She added: “We knew those regulations were discriminatory and that’s why we supported this case from the start.

“The threshold for the government to justify its discriminatory decisions about benefits is very low and in this case they could not cross even that.

“The case laid bare the lack of evidence behind the DWP’s policy-making, which could not withstand scrutiny from the court.

“In this case, the policy decision was based on unsupported assumptions made by DWP employees.

“We knew from the beginning this justification was made up to mask the true purpose, which was to save money. We are delighted the judge saw it for what it was.”

Mr Justice Mostyn said in his judgement last month that DWP’s intention had been “to save money” and that the decision to introduce the new regulations had been “manifestly without reasonable foundation”.

He said the work and pensions secretary had relied on a senior civil servant whose advice that people with psychological distress “generally have a lower level of functional need” had been “no more than a subjective opinion or hypothesis” and “a generalised assertion” without “factual or evidential basis”.

Kotova said this was not the first time the government had failed to ground its policies in solid evidence.

She said: “We are outraged that the policy which has an impact on thousands of disabled people was based on unsupported opinions of the DWP’s experts.

“Sadly, the DWP does not know what our lives are really like and does not want to know, as they have failed to meaningfully engage with disabled people and our organisations for a long time.”

The government U-turn comes in the same week that the Department for Transport (DfT) was forced to propose changes to its blue badge parking scheme, following a legal case taken by an autistic man with learning difficulties (see separate story).

In that case, the man had had a blue badge for 30 years but was told by his local council that he no longer qualified because of changes brought in in 2014 following PIP’s introduction.

This had made it almost impossible for many disabled people whose mobility is affected by mental health conditions or autism to secure a blue parking badge.

The government failed to carry out an equality impact assessment of the changes before they were introduced.