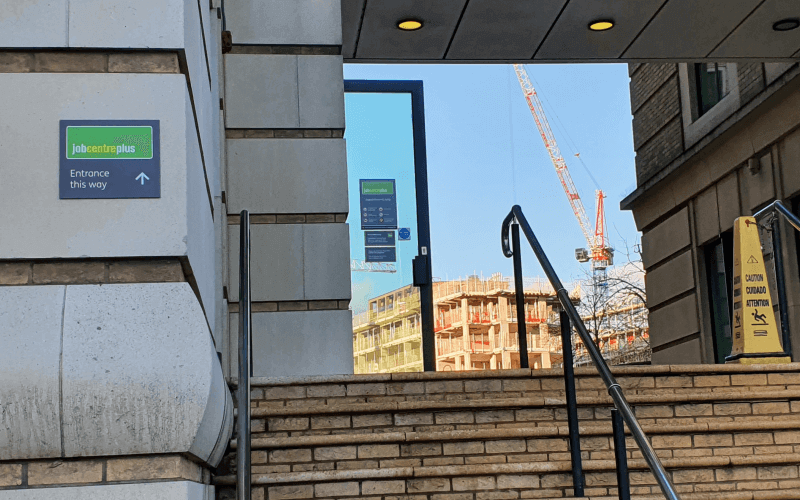 A disabled woman has described how she was repeatedly denied permission to communicate with her work coach by telephone, thanks to the “barbarian” benefits systems run by the Department for Work and Pensions (DWP).

Alana Cooper, from Preston, is one of the many disabled people who have found universal credit inaccessible and harmful to her health.

Last week, Disability News Service (DNS) reported how a disabled woman left traumatised by the daily demands of universal credit took her own life just four days after being told she would need to attend a face-to-face meeting with a work coach.

It also told how disabled activists who have spent years raising concerns about universal credit have warned of its cruelty and how the system “hounds” claimants into complying with strict rules.

DNS also reported last week on two other disabled people who were left in despair by the system.

This week, DNS hears from two more claimants who say they have been treated appallingly by the universal credit system.

One of these is Alana Cooper.

She has told DNS how she asked repeatedly – over two short spells on universal credit – for DWP to deal with her claim by telephone rather than through the online universal credit “journal”, but her requests were ignored.

Alana, who lives in Preston, placed several messages on her journal explaining her access needs as a disabled person and asking for DWP to make reasonable adjustments for her, but she did not receive a response.

She had a series of strokes when she was younger and is also autistic and has ADHD, and she finds dealing with emails and text-based messaging “really stressful”.

She then managed to speak to a work coach on the telephone after she told her she had Covid, but when she asked if communication could continue to be via telephone rather than the online journal, she was told: “No, we can’t do that.”

She is also frustrated that, although she stated in her universal credit claim that she was receiving PIP, no-one suggested that she might want to fill in a UC50 capability for work questionnaire, even though she believes she is not fit for work.

She even put a message on her online journal, asking for a UC50 form, but her request was ignored.

Cooper said: “I didn’t feel that I was going to be listened to in any capacity, so I stopped engaging.

“It was the anxiety of having to wait for a reply. It was causing me to have outbursts on the journal.”

She receives just £600 a month through universal credit and £400 of that goes on rent. She has just £200 left to live on, and she is only managing to survive because her grandmother is helping her.

She said: “I have tried every avenue and I don’t know where to turn. They don’t give a damn about disabled people.”

She has now finally been told by a senior team leader that she can communicate with her work coach by telephone.

She believes DWP made that decision after DNS reported last month how the department had admitted repeatedly breaching the Equality Act, after a disabled man was left needing hospital treatment three times for suicidal thoughts caused by months of failures by universal credit advisers and jobcentres.

Cooper had also warned DWP that she would contact the media and take legal action if it did not meet its duties under the Equality Act.

She said: “It is infuriating because my entire life has been put on hold.

“Yes, I am surviving and existing, but I cannot properly move forward with my life and attempt to get a proper career because I am stuck.

“Within a year or two I could have been able to get to a point where I could get out there and do things, but [the universal credit system] wears you down.”

DWP declined to explain how it justified its treatment of Cooper or whether it would take steps to make universal credit safer for disabled people.

It also declined to say if DWP would take steps to ensure that it makes reasonable adjustments promptly for universal credit claimants, meeting its obligations under the Equality Act.

But a DWP spokesperson said: “Our work coaches endeavour to meet the needs of claimants and amend appointments when requested if possible.

“All of Ms Cooper’s appointments in the immediate future will be completed via telephone.”

The Labour party had not responded to the concerns about universal credit by noon today (Thursday).