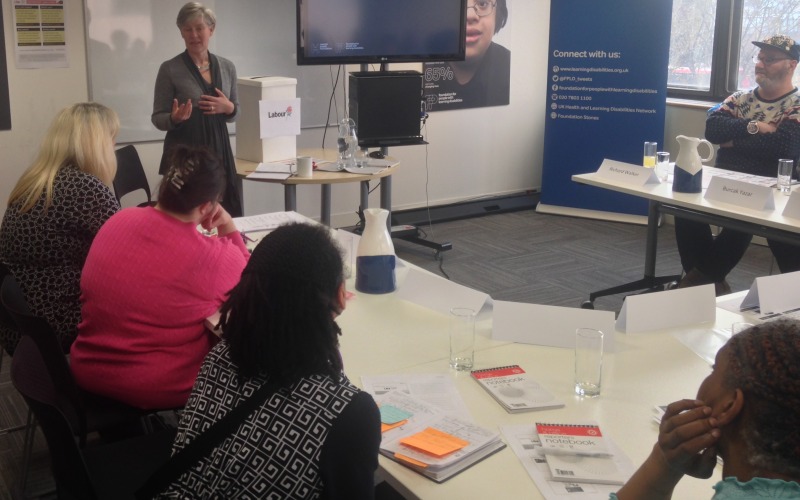 The Green party has come out ahead of Labour and the Liberal Democrats after one of the first disability-related hustings of the general election campaign.

There were also some early hints of disability-related policies that are likely to be included in the parties’ election manifestos.

The Learning Disability Alliance England’s (LDA England) Citizen Jury event featured representatives from the Greens, Labour, the Liberal Democrats and UKIP, but the Conservative party failed to respond to repeated invitations to attend the event in central London.

Each representative gave a short presentation, then left the room for five minutes while the panel discussed what to ask them.

When the politician returned to the room, members of the panel asked a series of questions about their policies, and scored them secretly on their answers and presentation.

Two of the parties were represented by disabled parliamentary candidates, with Marion Turner Hawes for the Greens and Star Etheridge for UKIP.

Turner Hawes’ message of community, rights and safety resonated with the panel of people with learning difficulties and carers, securing an approval rating of 81 per cent.

She told the panel that the Greens “want to help disabled people have good homes, real work and rewarding lives”, and would create “community networks of support” and “a culture of caring and taking responsibility”, as well as investing in advocacy.

Turner Hawes, a member of her party’s disability group, said: “We will stand up for the rights of all people, particularly people with disabilities.”

She said the party, if it was in government, would build “lots of new social housing” and ensure these homes were accessible, would keep the Independent Living Fund open and “work to make it available to more disabled people”, and would “make sure the benefits system is kinder”.

The Greens would also increase funding for disability living allowance – although it was not clear whether this would include more money for personal independence payment – make information more accessible, “stop people being harassed and abused on the streets”, and help the community to see that “as disabled people we have a hell of a lot to give”.

Labour, represented by Kate Green, came second with a 71 per cent approval rating from the panel, and the Lib Dems, represented by Baroness Barker*, came third with 58 per cent.

Green told the panel that her party believed parents should be able to choose a special school for their disabled child if they wanted to do so, but that it was important that children in mainstream and special schools “get to mix together”.

And she said she wanted “young people with disabilities to have the chance to go to college and university”, while Labour would ensure that people with learning difficulties were removed from much-criticised assessment and treatment units “as quickly as possible”.

There would also be new hate crime legislation, including a disability hate crime law and tougher sentences for those convicted of such offences, while a Labour government would support more disabled people to be involved in public life.

Green said that Labour would also set up a new cross-government committee of ministers and disabled people, which would “help us to decide what our priorities are for government and what we need to change”.

She said that the way to cut the cost of benefits was by tackling the causes of the rising cost of social security, such as low pay and the rise in rents, which has led to increased spending on housing benefit.

She added: “It is very important that when people get benefits, you get them quickly and reliably.

“We will not be putting any penalties on people losing their benefits because they don’t understand the rules.”

Green also said that a Labour government would re-introduce proper assessments of the impacts of policies on disabled people and “if there is a bad impact we are going to have to take a different decision”.

And she confirmed that Labour would not save the Independent Living Fund, because it “is not particularly fair on all severely disabled people because some people are getting it and others in other parts of the country are not”.

Instead, she said, “we need to get the standard of care up for everybody”.

Green also said that education and employment were key to supporting people with learning difficulties with lower support needs.

She told Disability News Service (DNS) later that the cross-government committee would build on the approach of the last Labour government’s Improving the Life Chances of Disabled People report, and provide a “more ambitious manifestation of our intention to embed the ‘nothing about us, without us’ principle into the way we do government”.

Despite UKIP being represented by Star Etheridge, a wheelchair-user and the party’s disability spokeswoman, the party trailed well behind the other three parties represented at the event, with 36 per cent, while the Conservatives – who did not send a representative – scored just 18 per cent.

Etheridge told the panel: “UKIP will always speak out against discrimination in whatever form it takes. We believe in equality of opportunity for all, not just for a few.”

But she also said: “There are a lot of jobs going to people coming from overseas who are keen to work.

“Some of them will get jobs off people like us because they are more able-bodied.”

And she said that UKIP would reopen some of the old Remploy sheltered factories, all of which have been closed down or sold off under the coalition and the last Labour government.

Referring to leaked plans that suggest how the Conservatives might cut social security, if re-elected, she said: “Under no circumstances will carer’s allowance be touched or taxed or disability benefits be taxed under UKIP.”

Etheridge said her party wanted there to be more of an emphasis on the support provided by families.

She said: “Family is what supports us all and in the last 20 or 30 years that essence of what family is has been lost. We need to bring that back.”

She illustrated this by suggesting that if someone with a learning difficulty wanted to marry, “it should be the individual who makes the decision, and their family”.

Etheridge also told the panel that she wanted to see “less red tape” involved when activities that disabled people want to enjoy are subject to risk assessments by care providers, as well as “more common sense, a bit more dignity and some nice manners” from professionals.

Etheridge said that she had written the party’s disability policies herself and that “most – not everything – I wanted has gone into it and will be in the manifesto”.

Although she said she was opposed to segregation of disabled people, she told DNS afterwards that she was in favour of giving families the choice of selecting a special school for their disabled child.

She said: “We don’t want segregation, we want integration – where it’s possible. Some children need to go to special school.”

She even raised the possibility of a UKIP government funding more special schools, and said that such schools were necessary because there was not the “money or the support” for all disabled children to attend mainstream schools, although a fully inclusive education system “may be a possibility long-term”.

But she said the party no longer supported the idea of disabled people living in segregated village communities, a controversial inclusion in the party’s manifesto in 2010.

She also said that her party believed that carer’s allowance should be set at a rate that was “at least the same” as jobseeker’s allowance.

Gary Bourlet, co-development lead for People First England and a member of LDA England, told DNS that the Citizen Jury event was about “educating the politicians and getting people with disabilities to know more about politicians”.

But he added: “It’s more them than us [who need educating]: a lack of knowledge, a lack of awareness.”

And he said that another key aim was to encourage more people with learning difficulties to vote at the general election.

*Disability News Service was not present for Baroness Barker’s presentation 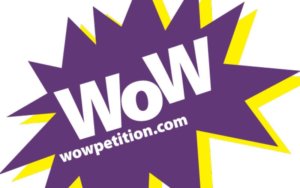 WOW Campaign is back, and pushing for a second House of Commons debate 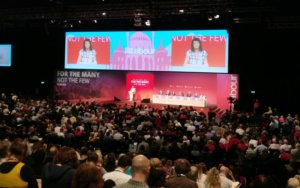