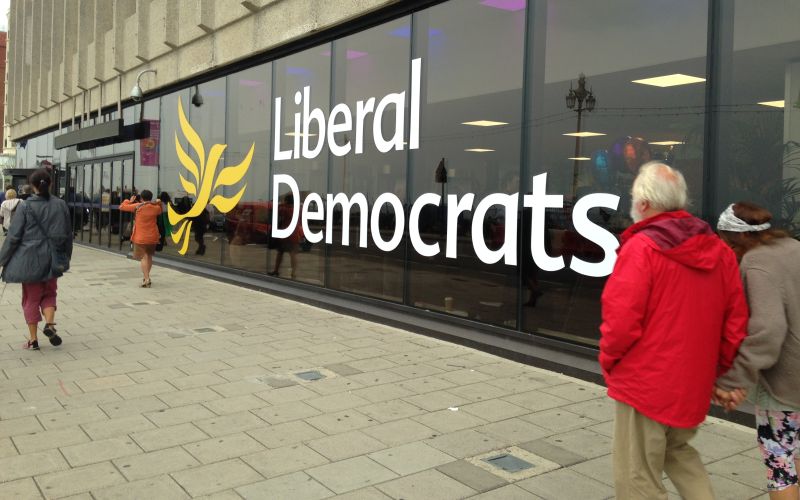 A Liberal Democrat government would scrap all benefit sanctions, end the benefit cap and reverse the controversial personal independence payment (PIP) “20-metre rule” that has led to tens of thousands of disabled people losing their Motability vehicles.

Although the three policies are not included in the party’s manifesto, which was published yesterday (Wednesday), the Liberal Democrats have confirmed that they remain party policy and would be part of their programme of government if they won the election.

They were among measures that became party policy after being voted through following a heated debate on a social security policy paper at last autumn’s annual party conference, a decisive shift from policies it agreed as partners in the Conservative-led coalition between 2010 and 2015.

And although they were not among key pledges made in the social security section of this week’s manifesto, a party spokesman confirmed to Disability News Service today that they would be implemented if the party won power.

He said the party was “wedded to whatever was agreed at conference being party policy”.

When asked whether that meant the three policies would be part of a programme of government, even though they were not included in the manifesto, he said: “Yes.”

It means that the party’s offer to disabled people on social security policies goes considerably further than Labour’s, although it appears to fall short on its policies on disability rights, with Labour promising to incorporate the UN disability convention into UK law for the first time, among a string of rights-based policies.

The benefit cap currently means a family outside London can receive a maximum of £20,000 in benefits every year (and just £13,400 for a single adult with no children).

Last week, DNS reported how more than 10,000 ESA WRAG claimants had had their benefits slashed in February this year following the introduction of a lower cap (it was previously £26,000 for families).

The PIP 20-metre rule has been one of the highest-profile targets for disabled campaigners since it was introduced under the coalition.

Under disability living allowance (DLA), someone is eligible for the higher mobility rate if they cannot walk more than 50 metres, but under PIP – which is gradually replacing working-age DLA – this walking distance criterion has been set at just 20 metres.

Those who are not eligible for the PIP mobility enhanced rate are not able to hire a vehicle through the Motability scheme, and the rule has seen more than 50,000 disabled people being forced to hand back their Motability vehicles since 2013 after losing eligibility.

The call to scrap all benefit sanctions – also supported by party members last autumn – again puts distance between the Liberal Democrats and Labour, with Labour only promising to address the “punitive” nature of the sanctions regime.

In the manifesto, the Liberal Democrats make a series of other pledges aimed at reversing “unfair Conservative policies” on social security and say that “balancing the books on the backs of the poor and disabled, and demonising people who claim benefits, is neither acceptable nor responsible”.

The manifesto says the party would increase working-age benefits by at least the rate of inflation – in contrast to Labour, which appears to have said it could not afford to abandon the Tory benefits freeze that is set to last until 2020 – and would scrap the work capability assessment (WCA).

It plans to replace the WCA with a new assessment system run by local authorities – according to national rules – which would include a “real world” element into the assessment of eligibility for ESA, based on the kinds of jobs available in the local labour market.

And the party said it would reverse the highly-controversial cuts of £30-a-week for new claimants of employment and support allowance placed in the work-related activity group – introduced this April by the government – and scrap the “bedroom tax”.

The manifesto also includes a series of policies on social care and mental health that were announced last week, including the pledge to raise £6 billion a year extra to spend on the NHS and social care, funded by increasing all rates of income tax by 1p.

They say they would spend at least £2 billion of the money on social care in the next financial year, and £1 billion on mental health.

But apart from the sections on social security, mental health and social care, there were few significant policies that target disabled people in the manifesto, with just six mentions of the words “disability”, “disabilities” or “disabled people” across its 100 pages.

The party pledged to “raise awareness of, and seek to expand” the Access to Work programme; continue funding the Access for All rail station access improvement scheme; improve legislation on blue parking badges; and set up a “benchmarking standard” to compare the accessibility of cities.

There was no backing for inclusive education, although the party said it would “ensure that identification and support for special educational needs and disabilities takes place as early as possible”, while all new schools policies “should have an assessment of how they affect pupils who have special educational needs, and ensure they adhere to duties under the Equality Act”.

The party also said it would establish a review to “pave the way” for the introduction of job-sharing for MPs, which should benefit disabled people who want to become parliamentarians but cannot work full-time.