Penny Mordaunt was asked what she would do to protect disabled people from “forced institutionalisation” and whether she opposed it, as part of a series of questions put to her by the campaigning website Disability United.

Fleur Perry, editor of Disability United, had asked the question in the wake of research she carried out earlier this year which showed how many NHS primary care organisations had quietly introduced policies that could see disabled people with complex healthcare needs shunted into residential or nursing homes against their wishes as a cost-saving measure.

But instead of defending disabled people’s right to live in their own homes, Mordaunt said: “The decision about whether to institutionalise somebody against their will is rightly a matter for medical professionals, and decisions should be made on the grounds of individual safety and health.”

She then referred to the failure to move people with learning difficulties out of assessment and treatment units, in the wake of the Winterbourne View scandal, and said there was a need for more care and support services for people who have been in such institutions, to “ensure that no one who should not be in an institutional setting is”.

But the disabled researcher and writer Dr Jenny Morris, who helped write the Labour government’s Improving the Life Chances of Disabled People white paper and led the review which developed its 2008 Independent Living Strategy, said Mordaunt was “dodging the issue”.

She said the minister had failed to address a problem that was “completely unacceptable in a modern society”, which was local authorities and NHS clinical commissioning groups forcing people into institutions because they refused to pay for the support those people need to continue living safely at home.

Morris, a member of the Independent Living Strategy Group – which is made up of disabled people and allies from a range of organisations – said Mordaunt appeared to be focusing only on the government’s Transforming Care programme.

The programme aims to make it easier for people with learning difficulties and autism who also have mental health conditions and challenging behaviour and are kept in assessment and treatment units to escape those institutional facilities and live independently in the community.

But even on that issue, Morris said, Mordaunt had ignored the rights of people who have capacity to make their own decisions.

She said Mordaunt was showing “a distinct lack of awareness” of the independent living challenges facing disabled people, including those affected by the closure of the Independent Living Fund, and of the right to independent living under the UN Convention on the Rights of Persons with Disabilities.

Another disabled campaigner said Mordaunt’s views were “very worrying” and appeared to ignore “50 years of social progress” and hand medical professionals a “mandate to decide who can and can’t live where they choose”.

She also pointed out that Mordaunt had made no mention of an individual’s decision-making capacity, or of “any consideration of a person’s wishes and views of where and how to live their life, or of their rights under the Human Rights Act.

“The idea that sole control of that decision-making process could or should be in the hands of medical professionals appears to go against the principles of independent living and seems reminiscent of the decades-outdated ‘medical model’ of disability.”

The Conservative party had failed to respond to a request for clarification of Mordaunt’s comments by noon today (Thursday). 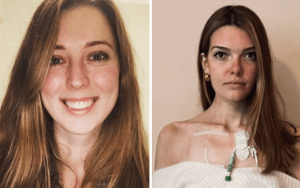