You are here: Home / Benefits and Poverty / ESA sanctions are counter-productive and dangerous, MPs are told 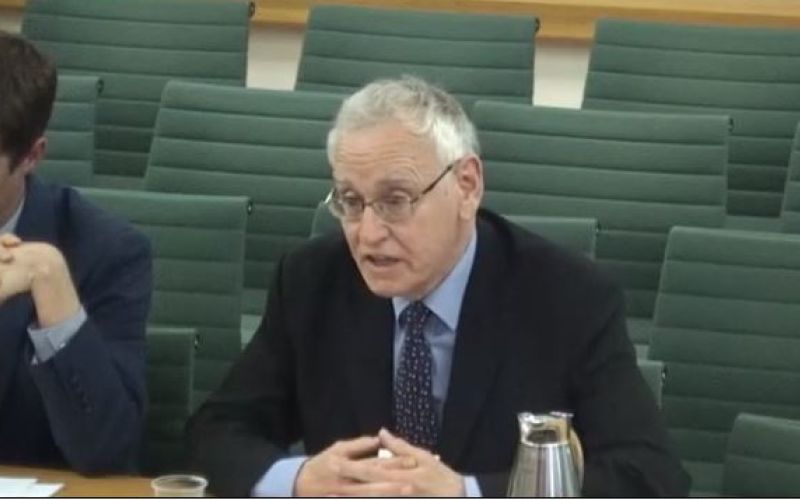 Imposing benefit sanctions on disabled people is counter-productive, ineffective and “probably too dangerous”, a trio of experts have told MPs.

The Commons work and pensions committee also heard that the failure of the Department for Work and Pensions (DWP) to research the impact of its sanctions regime was “a real dereliction”.

And the MPs were told that the only reason the government had not abandoned the use of sanctions for claimants of employment and support allowance (ESA) – the out-of-work sickness and disability benefit – was because of “embarrassment”.

Dr David Webster (pictured), a leading researcher on unemployment and sanctions at the University of Glasgow, told the committee that research was clear that sanctioning sick and disabled people was “counter-productive”.

He and other experts were giving evidence to the committee as part of its inquiry into the benefit sanctions regime.

Webster said that the increasingly harsh sanctions system had turned “a perfectly acceptable social insurance system into a sort of penal system”.

Although sanctioning non-disabled unemployed people does push them into work sooner, he said, those jobs are of lower quality and there are “a whole lot of damaging effects on health, family relationships, debt and so on”.

And he described a recent visit to a Glasgow jobcentre, in which staff described how they had not immediately sanctioned a claimant who had missed several work-related interviews, but instead sent a member of staff to his home to check up on him.

Webster said: “They had found this person had severe mental health problems and was suicidal.

“If they had not taken that sensible approach they would have had another national scandal on their hands.”

Webster said the only reason DWP did not abandon ESA sanctions when the National Audit Office reported in November 2016 that their use led to a fall in the time claimants spent in work was because of “embarrassment”.

And he warned that it was impossible to tell from DWP statistics how many claimants of the new universal credit (UC) who had been sanctioned were sick and disabled people.

He also said it was a “bit of a puzzle” why the rate of sanctions under UC was so much higher than under the mainstream jobseeker’s allowance (JSA).

And he pointed out that DWP was unable to say how many benefit claimants have had “escalated” sanctions – where a harsher sanction is imposed for a second “failure” within 12 months, one of the main features of the government’s 2012 welfare reforms – which he said was “very strange indeed”.

Tony Wilson, director of policy and research at the Learning and Work Institute, said the use of sanctions by DWP had become “almost an objective in itself”, producing a system where about one in four jobseekers are sanctioned.

He said the government’s failure to carry out any research into the impact of sanctions was “a real dereliction” by DWP.

He said: “This is the only major welfare reform introduced after 2010 that was not evaluated.

Baumberg Geiger found that disabled people claiming JSA were between 26 and 53 per cent more likely to be sanctioned than non-disabled claimants between 2010 and 2014.

JSA claimants can lose all their benefits for between four weeks and three years if they breach strict conditions.

A third witness who gave evidence to the inquiry, Matthew Oakley, who carried out an independent review of JSA sanctions for the government in 2013, also criticised the use of sanctions on ESA claimants.

He said: “We shouldn’t be sanctioning disabled people, people with serious health conditions. It is probably too dangerous.

“People with quite severe mental health conditions, the last thing you would want to do to that person is send them a letter in the post saying we are going to take your money away from you.”