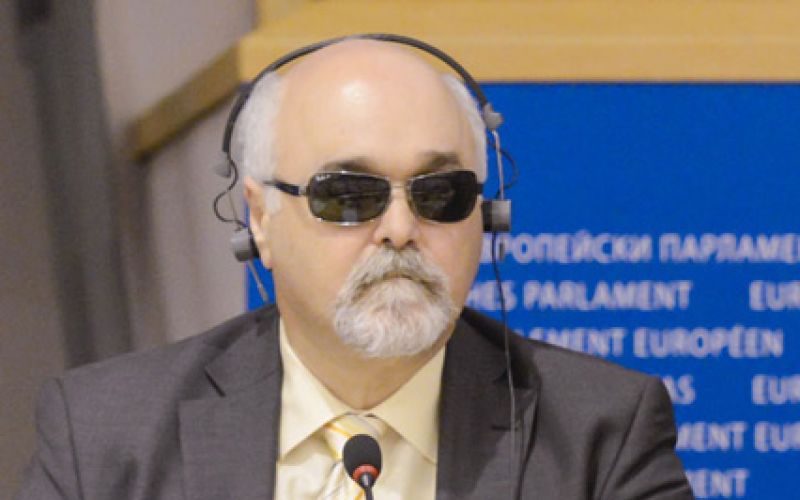 The European Commission – the European Union’s executive body – finally published a European Accessibility Act this week, 15 years after promising to outlaw the discrimination faced by disabled people in accessing goods and services.

It said the act would set “common accessibility requirements for certain key products and services”, including cashpoint machines and other banking services, personal computers, telephones and television equipment, telephony and audio-visual services, transport, e-books and e-commerce.

The publication came the day before the UN’s International Day of Persons with Disabilities (3 December), which this year had a theme of “access and empowerment for people of all abilities”.

The act’s publication comes only two months after the United Nations said it was “concerned” that a European Accessibility Act had not yet been adopted by the EU, and gave it just 12 months to explain how it would be introduced.

Yannis Vardakastanis (pictured), president of the European Disability Forum (EDF), said the act could “contribute to the empowerment of persons with disabilities to better enjoy the freedom of movement of persons, goods and services in the European single market”.

He said the act had been a “top priority” for EDF and its members for many years, through its Freedom of Movement campaign.

He said: “In the coming weeks and months EDF and its members will work together with the EU institutions, partner organisations and other stakeholders to make this piece of legislation meaningful for 80 million people with disabilities in Europe.”

“Along with our partners in the European Disability Forum, we will respond thoughtfully to the consultation which has just opened on this proposed legislation.

“After that, we will be urging all those involved in the legislative process to ensure this new law is fully effective and thorough.”

Marianne Thyssen, the EU’s commissioner for employment, social affairs, skills and labour mobility, said: “Disability should not be a barrier to full participation in society, nor should the lack of EU common rules be a barrier to cross-border trade in accessible products and services.

“With this act, we want to deepen the internal market and use its potential for the benefit of both companies and citizens with disabilities. In fact, we all may benefit from it.”

The commission believes the act will make it easier for companies that want to export goods and services within the EU, and will help small business “take full advantage of the EU market”, with disabled people benefiting from “a greater supply of accessible products and services at more competitive prices”.

Without the act, each EU country would continue to develop different laws as they implemented their accessibility obligations under the UN Convention on the Rights of Persons with Disabilities.

Richard Howitt, the Labour MEP and co-president of the European Parliament’s all-party disability rights group, said European officials had “shamefully dragged their feet” on a promise made 15 years ago to outlaw disability discrimination in access to goods and services.

Howitt, who played a key role in negotiating that promise in 2000, said it would have been long-forgotten if it had not been for “16 years of relentless campaigning by disabled people’s organisations”.

Howitt said: “It is shameful how long disabled people have been forced to wait and the foot-dragging by anyone and everyone in Brussels has to stop right now.

“Echoing the slogans of disability activists, this is much more a victory by rather than for disabled people themselves.

“Today, we are close to achieving what for many years has simply only been a dream and equality itself is finally being given equal treatment.”

He added: “Although I am proud that Europe has made progress in the past on disability access rules in relation to the installation of lifts, for some public transport and on the internet, the bitter truth is that a large swathe of the built environment remains a ‘no go’ area for people with disabilities in Britain and in Europe.”

There will now be a period of eight weeks’ consultation, followed by legislative procedures in the European Parliament and the Council of the European Union.

UK ‘one of worst in European Union on disability poverty’