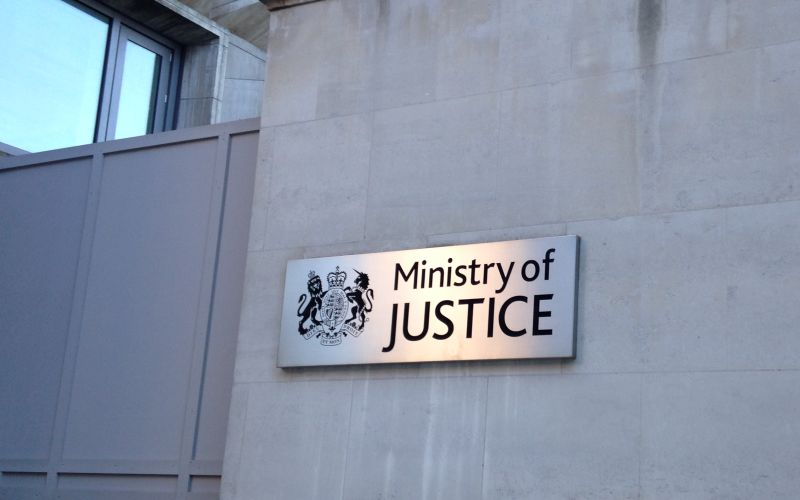 After more than two decades of campaigning, some of the first Deaf people have been able to complete jury service in England and Wales with support from British Sign Language (BSL) interpreters, following a change in the law.

The new laws were brought in earlier this year through the Police, Crime, Sentencing and Courts Act, allowing BSL interpreters into the jury room.

The first Deaf person to complete jury service with a BSL interpreter was Karen, a volunteer at the disabled people’s organisation DeafCOG.

She and fellow jurors heard a case at Croydon Crown Court regarding racially-aggravated harassment, and Karen was chosen by other jury members to act as their foreperson and announce the verdict.

Both Karen and Paul had three-strong teams interpreting what was happening in the court room and the jury room on rotation.

“The staff, from the jury manager, ushers, clerks and judges were extremely aware of the needs of myself and the BSL interpreting team.

“I was made to feel included every step of the way.

“An excellent and amazing opportunity for me and what a great start to leading the way for other Deaf jurors in the future, now that BSL is recognised as a language.”

Paul’s case ran over the time expected, which meant his interpreters became unavailable, but replacement interpreters were sourced for the rest of the trial.

Paul was also selected as the foreperson.

He said it had been a “dream” of his to perform jury service, that the experience had been “surreal”, and that the process had been “streamlined and smooth”, with “clear and easy to follow training”.

He said: “I was amazed that I was treated equally to other jurors. This gave me a sense of respect as the other jurors were keen to work with me and make me feel involved.

“The judge requested feedback from me on how to improve for future cases and expressed a strong desire to make sure Norwich Crown Court is accessible and fair for all.”

He added: “I look forward to seeing more of the Deaf/BSL community being part of the justice system, as it should be.”

Guidance on working with jurors supported by BSL interpreters was provided to court staff, judges and other jury members, and interpreters had to take oaths which contained new wording that warned them not to influence, interfere or disclose the jury’s deliberations.

Common law rules had previously banned the presence of a “stranger” in the jury deliberation room, but this has now been changed, with the act introducing measures that allow a BSL interpreter into the room.

David Buxton, former chief executive and now chair of the British Deaf Association (BDA), has been campaigning and lobbying ministers since 2011 to make the change in the law.

He was part of a Ministry of Justice working group that discussed the issue during the post-2010 coalition government, which led to a promise to review the legislation after the 2015 election.

But no action had been taken by 2017, when Buxton himself was called up for jury service.

When he attended the court and said that he was Deaf and would be able to take part using a BSL interpreter, he was informed that he was not required.

He later launched a claim against the government for a judicial review of the ban, but he agreed to his legal action being put on hold after the Ministry of Justice said it would look into the matter further.

By the following year, no progress had been made, so he began lobbying parliamentarians and the government.

Jeff McWhinney, Buxton’s predecessor as BDA chief executive, had himself been told by a crown court judge in 1999 that he could not serve as a juror because the law prevented him bringing an interpreter into the jury room.

The Labour government also said it was considering a change in the law at the time.

Buxton said this week: “After decades of campaigning, the 87,000 Deaf people in the UK whose first or preferred language is BSL are now finally able to serve as jurors alongside their hearing fellow citizens.

“We are pleased that the Ministry of Justice has recognised that a BSL interpreter is there to support the Deaf juror, rather than to act as a 13th juror.

“Interpreters follow a strict professional code of conduct which prevents them from influencing the judicial process in any way.”

He said the move was a “crucial and long overdue step forward in the equality, inclusion and participation of Deaf people in our democracy”.

He added: “Barriers to Deaf people’s full democratic participation remain – we have yet to see the election of a Deaf MP – but we hope that this important step demonstrates the potentially huge contribution that the Deaf community in the UK can make to our society when reasonable adjustments such as BSL interpreters are provided as standard.

“We look forward to continue working with the government to break down further unnecessary barriers and challenge discriminatory attitudes and practices in future.”

Work and pensions secretary Chloe Smith said: “The first Deaf juror completing jury service is an historic moment on our path towards a more inclusive and accessible society.

“I am so glad to hear of Karen and Paul’s positive experiences while undertaking an important act of public service.

“Earlier this year the British Sign Language Act became law, and I’m delighted to see that our work to recognise BSL as a language is fulfilling its promise to help remove barriers faced by the D/deaf community.”

The controversial British Sign Language Act, which became law in April, recognised BSL as a language in England, Scotland and Wales, but BSL-users were warned that it provided them with no new rights, although the legislation still secured significant support from the Deaf community.

The act requires the work and pensions secretary to produce regular reports on what 20 government departments have done to “promote or facilitate” the use of BSL in their “communications with the public”.

And it requires the work and pensions secretary to secure guidance for government departments and other public bodies on the “promotion and facilitation” of BSL.

But some Deaf activists have described it as “token” legislation that “the government are using to look good without costing anything”, with one even warning that it would put the battle for BSL rights and provision “back for another decade at least”.